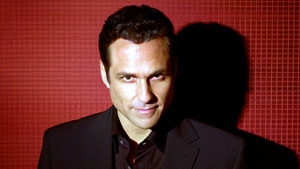 According to Soaps In Depth, due to his fear of flying, stemming from his bipolar disorder, Maurice Benard had a panic attack which forced him to cancel his flight to the East Coast for his fan events. However, the actor has rescheduled for July 15, 16 and 17. All tickets purchased will transfer to the July dates, except for Florida, as that event has been canceled. Tickets will be refunded if fans opt out of the summer dates.

All is not completely lost this weekend though, as Steve Burton (Jason) and Chad Duell (Michael) will hold their own fan event on Saturday and Sunday in Maurice’s place. There will be no Friday event in Connecticut. Call the individual venues for more information.

Maurice Benard (Sonny) is going on a rare East Coast fan event mini-tour in January 2011. Check out the dates and get your tickets to meet Mr. Sir up close and personal.