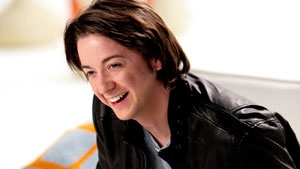 Coming to a city near you?

Soaps.com caught up with Bradford Anderson (Spinelli, General Hospital) on the opening night of The World Goes Round. We took the opportunity to ask about his other musical venture: Port Chuck.

Since they only toured on or near the East Coast, we wondered if there would be any upcoming West Coast shows. He replied, “We’re looking to do one, but a good chunk of our band is in Nashville. It’s a lot to pull together to put one of our shows together because the four of us have different schedules, so it’s a lot of organization and a lot of work to get a show together. So, we’ll see.”

We invite you to join Soaps.com on Twitter @soapoperafan, “like” Soaps.com on Facebook to dish on General Hospital, all the other soap operas, Glee, Grey’s Anatomy and Vampire Diaries!