One Track Mind.
They really need to give Ronnie something else to do on the show. All he does is tell Dante how he thinks he's covering for Sonny at every turn. I wonder if the actor, Ronnie Marmo, gets bored with it. At least his dialogue is easy to remember. I read a suggestion on the boards that he should turn out to be related to Brenda. I like that idea because it would give him more reason to hate Sonny and it would also give him another tie to Port Charles and hopefully different dialogue.

Brenda, Brenda, Brenda.
That was a great flashback of Sonny and Brenda at the end of Friday's episode. I liked that Robin mentioned her to Sonny to get him thinking about her and despite the overload of hype regarding it, I can't wait for her return. Brenda could really bring a great renewed dynamic onscreen as she has history with so many people: Sonny, Jax, Jason, Robin, the Qs, and even Brook Lynn, via her mother Lois. I don't exactly recall her past with Carly, but being back in Jax's life is sure to shake things up for the Jacks' in a way Skye's return didn't.

Cassadine Family Dynamics.
I'm glad they finally had Alexis stop by to see how Nikolas and Elizabeth were doing after their son was taken. She is Nikolas' aunt after all. Now it would be nice if they remembered Nikolas and Sam were cousins, especially since she is trying to help find his son.

Even though she's totally wrong for making Nikolas believe Aiden is his son when he's not, Helena telling her grandson off on the pier was pretty great. She believes in her convictions and since she's turned into a bit of a cartoonish villain, it was the most real she's been in some time.

Put in Her Place.
I was so happy Brook didn’t get the upper hand on Carly when she threatened to tell Jax about her being at Johnny's. I hate when young upstarts out manipulate older, wiser schemers. Carly's got too much experience and years on her and Brook is way out of her league on this one.

That's all I got this time around. What did you think about GH last week? Share your thoughts below and vote in our poll about what you are most looking forward to.

There was a lot of build up last week on GH as the search for Aiden continued, Lisa continued to wreck havoc, Carly continued to manipulate Brook, and Brenda was discussed. A few other things happened as well, so let’s get to it.

Only a Matter of Time.
Patrick is not doing a very good job of keeping the secret that he slept with Lisa. Carly overheard, Steve assumed, and now Patrick told Coleman. Robin’s going to learn about it in no time, especially with how crazy Lisa’s been acting. Lisa was pretty convincing though when she told Patrick and Robin she wasn’t the one who cut up Robin’s photos. Patrick believed her and so did I. I’m pretty sure she is just a good liar, but wouldn’t it be a great twist if she didn’t and someone was setting her up? I had that thought when Olivia left Steve at Jake’s to go see Johnny. He’s always getting thrown over for someone else, so what if he was trying to get back at Lisa for rejecting him for Patrick? I don’t really think they’ll go in that direction and I’m not sure how believable it would be, but a little bit of evil in Steve would make him more interesting.

Spixie Who?
It’s kind of disappointing there has been no fallout to Maxie and Spinelli’s breakup. He was her essential person and she was his beloved non-wife. There should have been a few scenes devoted to their heartbreak. I did love Mac being protective of Maxie with Matt in the hospital though. I don’t think he’ll ever think anyone is really good enough for her. Look how long it took him to accept Patrick with Robin. Speaking of, Mac is not going to take the news that Patrick cheated on his niece too well when he finds out. 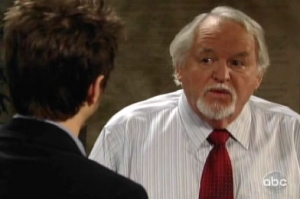 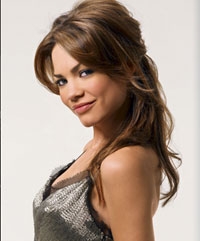