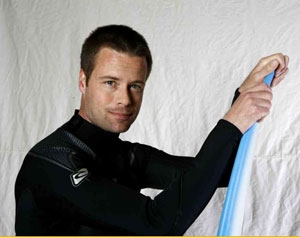 A New Man For Brenda.

When Vanessa Marcil brings Brenda back to General Hospital she will be involved with internationally known movie star Murphy Sinclair played by Brad Rowe.

According to Soap Opera Digest, the characters will both be working for children’s charities, à la Brad Pitt and Angelina Jolie.

Brad, who has appeared in numerous TV series and movies, will first appear as Murphy on August 13. For more casting news visit our General Hospital Comings and Goings.