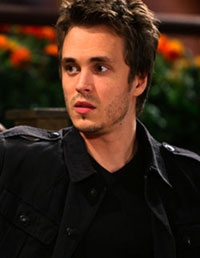 General Hospital fans already know Jonathan Jackson (Lucky) as an actor, but many may not know he is also a musician and is in a band called Enation.

If you’re unfamiliar with his music, or if you are already a fan, then you can check him out live in concert on July 8 from the comfort of your own home, as Enation will stream their latest performance online at 7:00 PM PST.

To access the concert go to USTREAM. Did you know Jonathan and his wife are expecting a baby? Visit Jonathan Jackson and Wife Expecting Third Child for more details.

Are you a fan of Jonathan's music?online survey

Video Promo of General Hospital on...