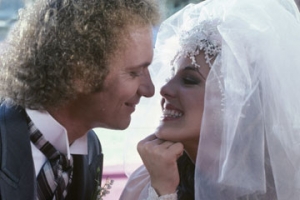 When Time Magazine recently put out their list of top 100 Best TV Shows of All Time, guess which soap was the ONLY one on the list? Go head, I’ll give you a minute to ponder. But you don’t need it, do you? That’s right baby, it’s none other than our very own General Hospital ! What was it that that ranked our beloved soap among highly acclaimed nighttime TV shows such as “The Carol Burnett Show”, “Dallas”, “Roots”, and “The Sopranos”?

It was the golden era of (Executive Producer) Gloria Monty that gave
GH the lofty status of having the greatest cultural reach of any daytime soap – ever. Specifically, it was during the late 70’s and early 80’s when Luke and Laura coined the termed “Super Couple” and nearly 30 million people stopped their daily grind to tune in and watch them get married in the fall of 1981. Also contributing to the show’s splashy success was the fabulously wealthy Quartermaine family, who some say paved the way for glitzy prime time shows like “Dynasty” and “Dallas”.

In any case, we are very proud to be ranked alongside shows like "Seinfeld", "Sex and the City", "Gunsmoke" and "M*A*S*H". Congratulations GH. We know that we've got a good thing going here, now the people who read Time Magazine do as well!