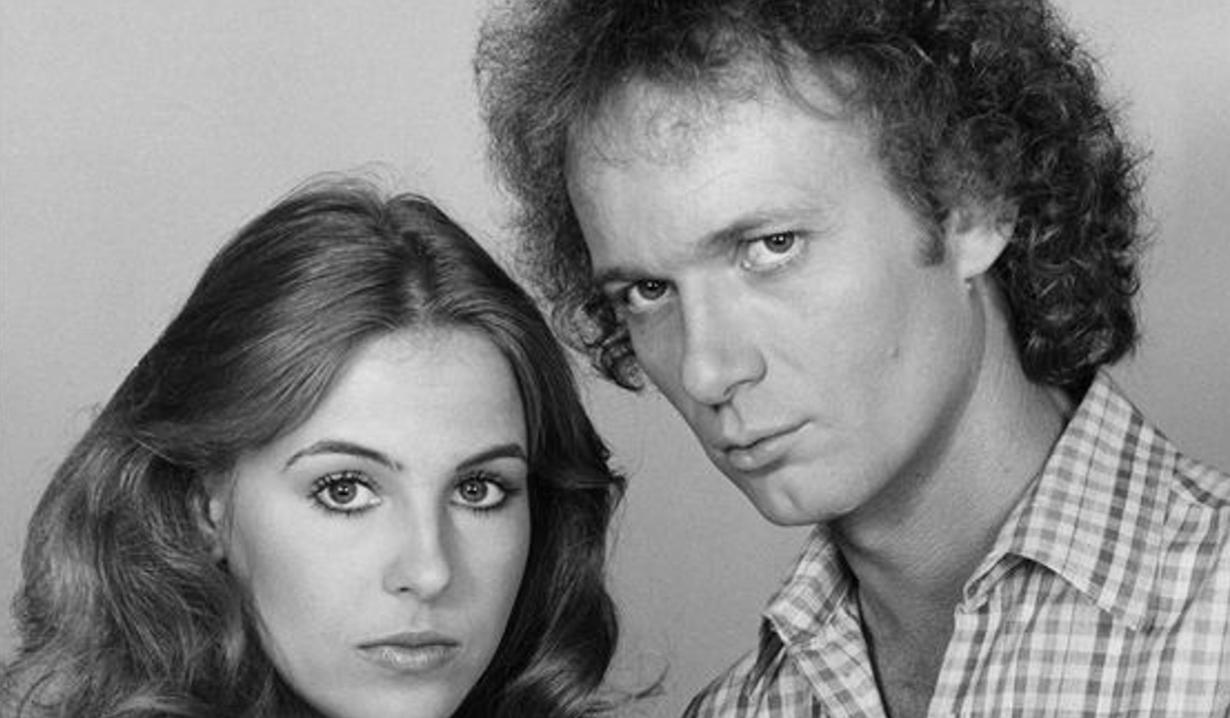 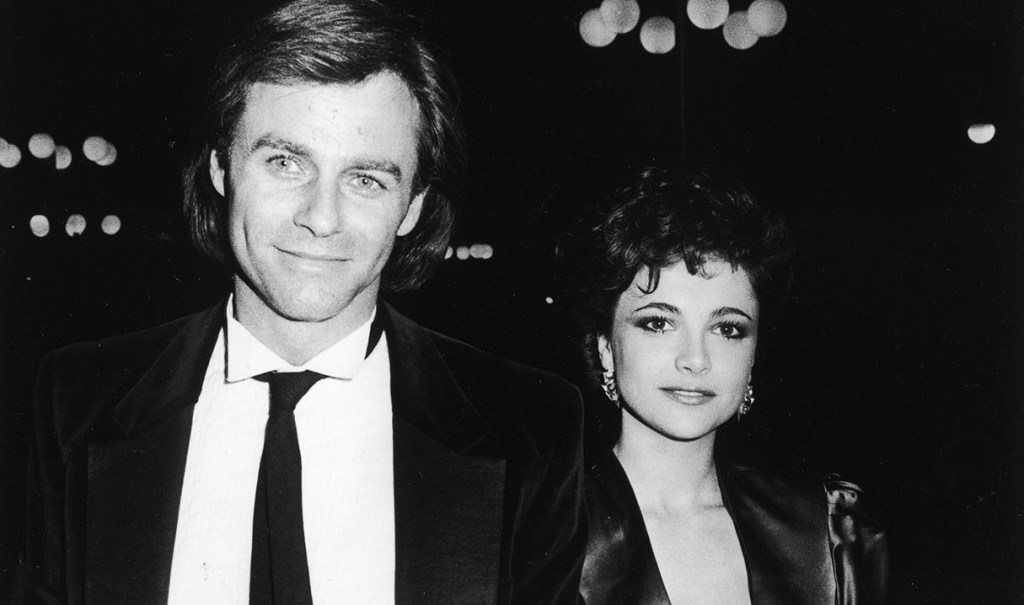 Luke and grifter Holly Sutton (Emma Samms) had a one night stand. When Luke was thought dead in an avalanche, Holly realized she was pregnant, so Robert married her. She lost the baby, but she and Robert fell in love, so Luke’s surprise return threw them into a love triangle. Alan Quartermaine (Stuart Damon) was now divorced from both Monica (Leslie Charleson) and Susan Moore (Gail Ramsey). Lila Quartermaine’s (Anna Lee) first husband Crane Tolliver (Wiley Harker) came to town and killed Susan. He also proved Edward had a son out of wedlock with Beatrice LeSeur (Marcella Markham), Jimmy Lee Holt (Steve Bond). Celia Quartermaine (Sherilyn Wolter) became engaged to Grant Putnam (Brian Patrick Clarke), who said he was an orthopedic surgeon but was really a Russian spy. Celia helped expose him and became involved with the real surgeon, Grant Andrews (Brian Patrick Clarke). When Luke was the mayor of Port Charles, missing Laura suddenly returned – married to Stavros Cassadine (John Martinuzzi)! He was killed falling down some stairs, and Laura left town with Luke. Bobbie fell in love with financial guy DL Brock (David Groh), and after a miscarriage, they wed. After Rick’s wife Lesley (Denise Alexander) was killed in a car accident, he married the real mother of their adopted son, Ginny Blake (Judith Chapman), but soon the real father of the boy returned, Derek Barrington (Mark Goddard). DL’s bratty daughter Terry (Robyn Bernard) put a strain on his already volatile relationship with Bobbie. 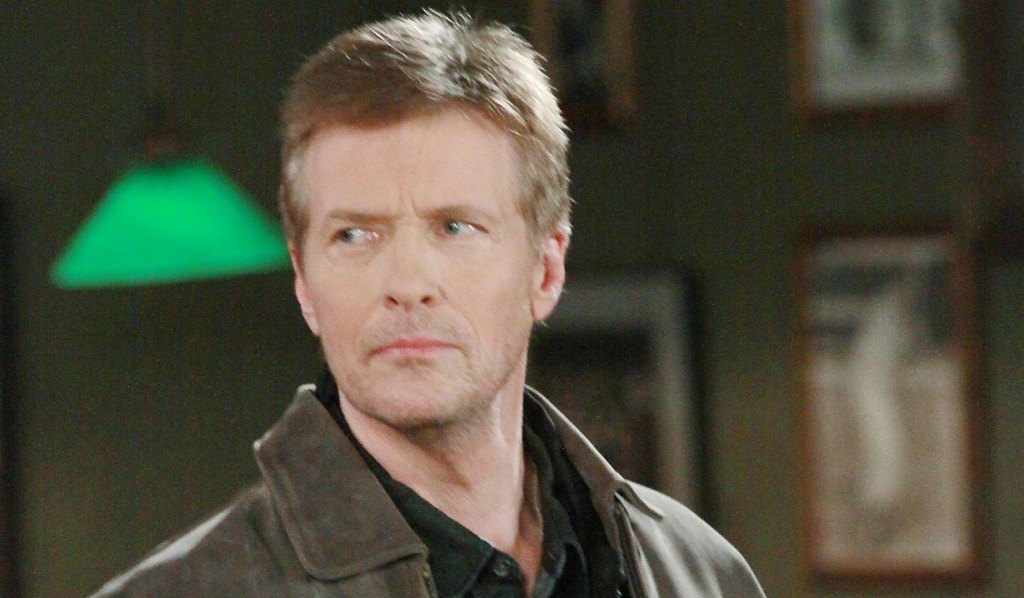 Musician Frisco Jones (Jack Wagner) had a thing for Tania Roskov (Hilary Edson), but she liked his brother Tony (Brad Maule) so he moved on to Felicia Cummings (Kristina Wagner). She was in search of some ancient jewels and was joined by Luke, Robert and Sean Donely (John Reilly), who wanted the treasure for himself. Rose Kelly (Loanne Bishop) and Jake Meyer (Sam Behrens) broke up and she left town, so Bobbie’s Aunt Ruby Anderson (Norma Connolly) took over running Kelly’s Diner. Kevin (Kevin Bernhardt) and Patrick O’Connor (Guy Mack), moved into a brownstone that Bobbie bought. Terry began sleepwalking, and when Neil Johnson (David Stenstrom) was found murdered Terry became the obvious culprit. Terry’s fiancé Kevin was the real killer. Next Jennifer Talbot (Martha Scott) was murdered and Kevin got his lover, librarian Lucy Coe (Lynn Herring), to be his alibi. Terry killed Kevin by pushing him off a cliff. Anna Devane (Finola Hughes), Robert’s ex-wife, ex-WSB agent and the mother of the child he never knew about, Robin Scorpio (Kimberly McCullogh), showed up. Holly had been kidnapped by Sean, and Anna helped Robert get her back. Holly left for Australia and Robert followed. Frisco and Felicia were engaged and Frisco joined the PCPD. Tania and Tony were married and expecting a baby. Jimmy Lee’s friend Dr. Buzz Stryker (Don Galloway) showed up and Steve Hardy (John Beradino) hired him as his assistant. Buzz’s daughter Sandy Stryker (Yvette Nipar) fell for Jimmy Lee. Monica and Sean started sleeping together and swindled the Quartermaines out of their fortune, forcing them to move into Kelly’s Diner. Alan faked his own murder by Sean, and while out of town fell in love with Charity Gatlin (Gloria Carlin). Sean was forced to return the Q’s money in order to dodge a murder charge, and Charity left town with Jimmy Lee. Jake and Bobbie got engaged, but Lucy moved in while Jake was helping clear her name in the murder of lawyer Ted Holmes (David Doyle) and got pregnant with Jake’s baby. She miscarried. Mobster Duke Lavery (Ian Buchanan) clashed with Anna, but romantic sparks flew. He wanted out of organized crime because of her and served a light sentence along another mobster, Angus McCay (Guy Doleman), who ended up really being Duke’s father. Robert came back to Port Charles after Holly was killed in a plane crash. Tom Hardy (David Wallace) also returned with his black fiancée Simone Ravelle (Felecia Bell), and they wed. Terry got hot and heavy with drifter-turned singing partner Dusty Walker (Shaun Cassidy), unaware that he was programmed to murder Anna and Robert. Dusty was stopped and left town. After Tania was killed in a car accident Tony was left to raise their daughter Barbara Jean, BJ (Brighton Hertford), alone. He became lovers with Lucy and they wed. Lucy’s wacky Aunt Charlene Simpson (Maree Cheatham) became Tony’s maid, and her son Colton Shore (Scott Thompson Baker) teamed up with Felicia to find out Frisco had died working for the WSB. Felicia left town. Scott returned and caused Bobbie and Jake to break up. Tony –now blind – divorced Lucy and reconnected with Bobbie while Lucy and Scott became a pair. Cheryl Stansbury (Jennifer Anglin), Tiff’s sis, fell in love with Robert, who had been hurt after Duke and Anna wed. Duke was seduced by mob moll Olivia St. John (Tonja Walker), daughter of crime lord Victor Jerome (Jack Axelrod). She became pregnant at the same time as Anna, and caused Anna’s miscarriage. Meanwhile, Olivia was never pregnant at all. Olivia’s brother Julian (Jason Culp), also a mobster and Cheryl’s ex, arrived. Olivia was shot by Victor’s son Dino (Chris DeRose) and went into a coma. Sean and Tiffany got married and Cheryl left town. Tracy Quartermaine’s ex Lord Larry Ashton (Hugo Napier) showed up with his new wife Arielle Gastineau (Jane Higginson) – who also happened to be Colton’s ex and the two took up again. Tracy and Lord Ashton’s son Ned Ashton (Kurt McKinney) had an affair with Monica. Olivia came out of her coma and her testimony convicted her dad and she ended up in a mental hospital. Duke learned a hit had been put on his life so he let everyone believe he was dead to save his family. Simone slept with Dr. Harrison Davis (Kevin Best) and her husband on the same day and became pregnant. Edward disappeared in the Bermuda Triangle and the family fortune – which Lila had built back up with Pickle-Lila relish – was left to Ned. Alan turned to Lucy for comfort. Thought-dead Frisco returned in time to see Felicia marry Colton, who had tried to kill him. Tony got his sight back. Con artist Decker Moss (Michael Watson), Colton’s younger brother, stole Ned’s motorcycle and hit Felicia. She lost her memory and he made her believe she was his fiancé Phoebe. Tiffany discovered Cheryl was pregnant with Julian’s baby. Cheryl was told the baby died, and the boy was sold to Bobbie and Tony. Ned was smitten with new nursing student Dawn Winthrop (Jennifer Guthrie) and bought her a private island – Spoon Island. Dawn was really Monica’s long-lost daughter with college lover David Langton, who she had given up for adoption 18 years ago, but Monica did not know that. 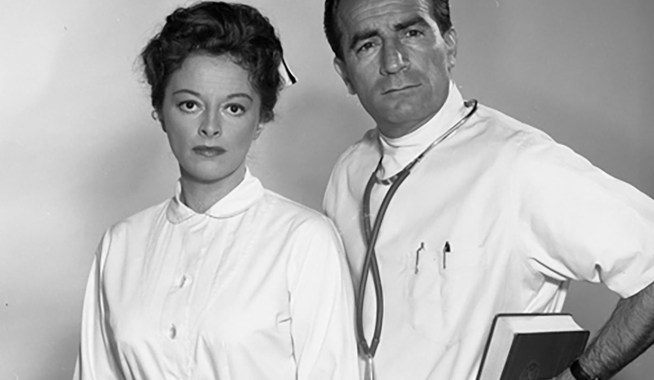 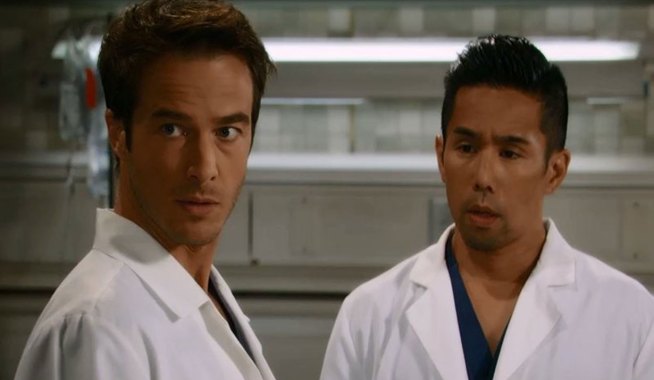