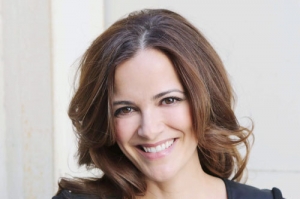 2015-08-12 General Hospital
Nathan Parsons And Jonathan Jackson Back To General Hospital. Details within. Added: 6.03.2015. Robert Palmer Watkins has been cast in the role of Dillon Quartermaine, previously played by Scott Clifton, ("B&B's" Liam). Look for the actor to first appear on June 2. Added: 5.29.2015.

//platform.instagram.com/en_US/embeds.js Ilene Kristen will return as Delia for two episodes on Friday May 29 and Monday June 1. Added: 5.28.2015. Jeffrey Vincent Parise's last day as Carlos Rivera was May 18. Added: 5.18.2015. Sean Blakemore has taped his last scenes and will be exiting the canvas as Shawn Butler in the next few weeks. Added: 5.18.2015. Anthony Geary is leaving "General Hospital." Added: 5.8.2015. An actor has been hired to portray a recast connected to a major family on "General Hospital." Added: 5.5.2015. Ian Buchanan (Duke Lavery) will exit the show in a final way during the week of May 11. Added: 5.5.2015. Emily Wilson (Ellie) and Bradford Anderson (Spinelli) leave "General Hospital" when their characters return Portland the week of May 4.Added: 5.4.2015. The winner of Fan February, Alicia Leigh Willis, returns to "General Hospital" May 4 and 5 as Courtney Matthews' ghost. Added: 5.4.2015. Wally Kurth (Ned) exited "General Hospital" to resume his role as Justin on "Days." The actor continues to air into the middle of May. Big news. Genie Francis returns to General Hospital. Added: 4.29.2015. Donna Mills returns to "GH" as Madeline Reeves in the near future. Added: 4.17.2015. Follow Soaps.com on Twitter, and Soaps.com on Facebook. Header Photo Credit: Robert Palmer Watkins Instagram; Rebecca Budig (Howard Wise/JPI); Genie Francis (Nikki Nelson/WENN.com) - Christine Fix/Amy Mistretta

Rebecca Budig is now on contract at General Hospital and is back in the studio. Look for her character Hayden to wake up from the coma soon. Added: 7.31.2015.

There’s a casting call “GH” has out for a “complex late teens Caucasian female who is beautiful and dynamic to start shooting a new contract role in two months.” Added: 7.3.2015.

“General Hospital” is seeking an African-American man in his mid 30s for a contract role. The actor should be “very handsome, dynamic, and charismatic.” Added: 7.2.2015.

Rebecca Budig returns to General Hospital as Hayden Barnes as per one of the show’s writers.

Holly Gagnier is portraying Jennifer Smith on “GH,” the role once played by Roseanne Barr and Sally Struthers. She’ll be seen June 22. Added: 6.22.2015.

The show is casting for a beautiful, dynamic Caucasian teen female. The contract role will begin shooting in two months. Added: 6.22.2015. 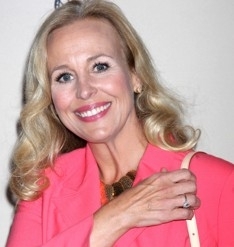 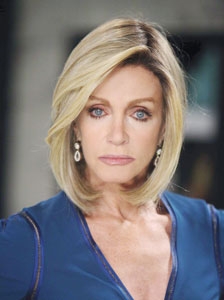 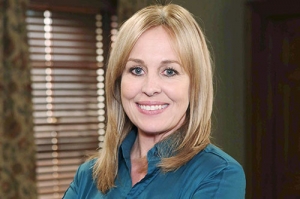