If you’ve been wondering when we will see Brad’s aunt Selina Wu back on our screens or if she will be playing a bigger role in the Port Charles drama, we have a bit of an update to share with our readers. Soap Opera Digest has learned that Lydia Look has left General Hospital — but her exit will only be temporary, due to the actress taking an extended trip overseas. “The end of the year is when I always go visit my mother in Singapore,” the actress shared with the magazine. But that’s not all she had to report…

Look revealed that the ABC soap wondered when she would be returning to the States, to which she asked them to “please wait for me.” Casting Director Mark Teschner explained that the writers wanted to write for her character and Look made it clear that if it wasn’t for her mom she would have been in the studios in a heartbeat but that “December/January is always family time… and that comes first.”

However, have no fear, she “will be back!” 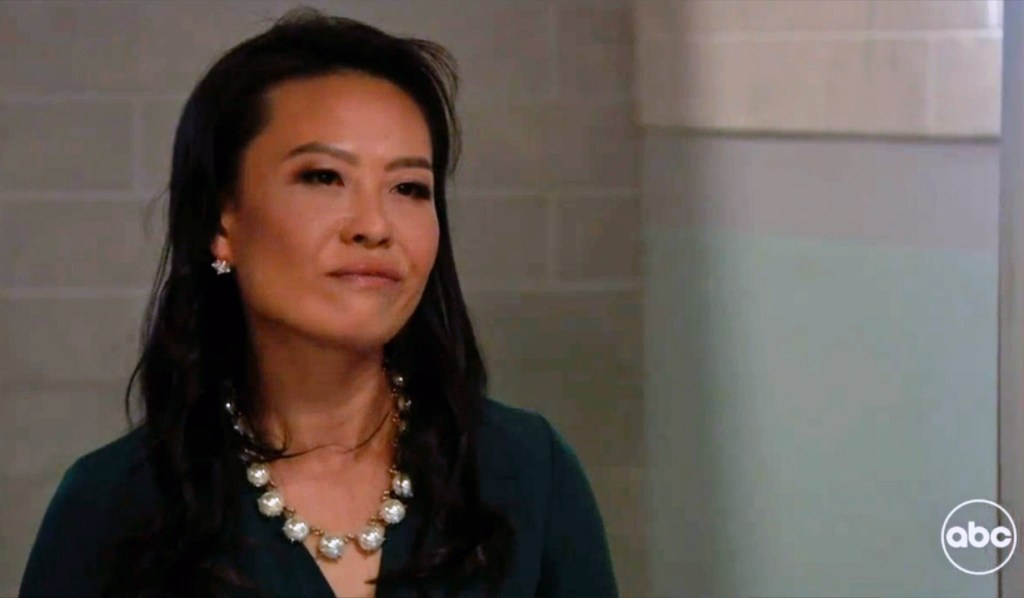 More: Emme Rylan is excited to be back on set

So, what do you think the writers have in mind for Selina? It’s no secret that she disapproves of Britt’s relationship with her nephew and we all know Britt does what she wants — no matter what her BFF’s aunt says… so, there could be some issues there. Then there’s Selina’s relationship with Sonny… Though she helped Sonny avenge Jason’s death by having Peter poisoned, to which Brad confessed to, and in turn Sonny made it possible for her nephew to get parole, this is the mob we are talking about and sometimes frenemies can quickly turn into full-blown enemies.

While we wait for Look’s return, view our photo gallery filled with soap stars and the real reasons they left their shows.

Eden McCoy's Decision Is Made: Is...