General Hospital is bringing Kristina home just in time for both sides of her family to navigate complicated crossroads. In a recent Insta-story, Lexi Ainsworth, who’s played Sonny and Alexis’ daughter off and on since 2009, posted a photo from her dressing room and tacked on a telltale caption: “She’s back.”

Kristina’s return couldn’t come at a better time story-wise. The character, last on hand for Dad’s “resurrection” this fall, is sure to have thoughts on Mom’s job offer from half sister Sam. Will Kristina see Alexis as an idea candidate for private eye-hood? 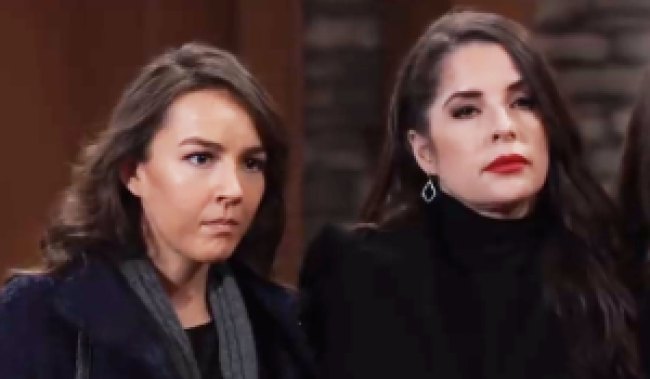 On the other side of Kristina’s family tree, the fit is about to hit the shan where Sonny’s Nixon Falls romance with Nina is concerned. Of course, the question remains whether or not Kristina will get a plot of her own or just support her embattled relatives.

Ainsworth originated her role nearly 20 years ago and has come and gone from it ever since. You may recall that, during the early 2010s, Walker’s Lindsay Morgan stepped in and, for a brief, weird moment, Kristina became a reality-TV star. Ainsworth tapped back in in 2015, setting the stage for Kristina’s coming out and that unfortunate incident that found her joining Shiloh’s cult.

Hey, we all have a past, right?

More: The latest on the All My Children reboot

While you count down to Kristina’s reappearance in Port Charles, untangle the twisted, twisted branches of the Corinthos family tree by scrolling through gorgeous photos that reveal who’s connected to whom — and how.

Genie Francis Heads Back to General...