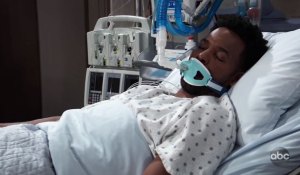 Updated November 22, 2019: Anthony Montgomery will be back as Andre Maddox on General Hospital the week of November 25. In Soaps.com’s recaps for Monday November 18, “Drew” decided to have the memory-mapping procedure which is likely what brings the doctor back on screen.

On March 8, 2019, Soaps.com reported that Anthony Montgomery returns to General Hospital the week of March 11 as Dr. Andre Maddox when Anna seeks him out for information on Dr. Cabot’s memory transfer process among twins. Montgomery was moved to recurring status in 2017, and appeared briefly in early 2018, after being released from prison and warning Drew that to try and regain his memories could result in losing all the new memories he’s made.

GH Brings Back Bradford Anderson As...