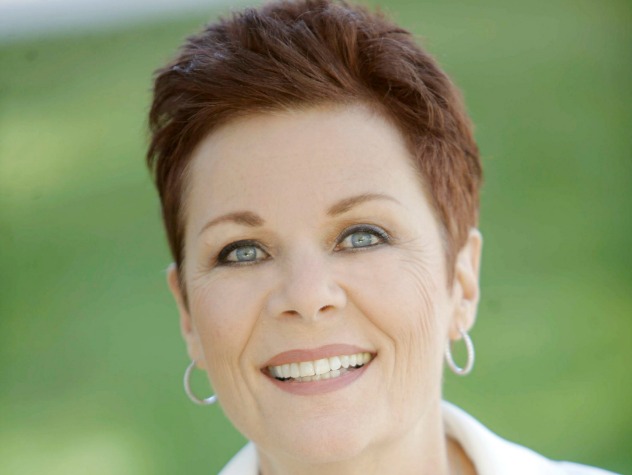 Tracy Quartermaine (as played by Jane Elliot on General Hospital)

* Schemed to prove that AJ wasn't Alan's son so that Ned would remain the Quartermaine heir. (1979-1980)
* Tried to break up Lucy and Alan's marriage with Scott Baldwin's help. (1990)
* Broke up Ned and Lois' marriage. (1996)
* Faked the measles to avoid consummating her marriage with Gino. (1996)
* Hired a prostitute to pretend to be her when Gino wanted to consummate their marriage; hid his body when he died in bed. (1996)
* Hired robbers to rob the Quartermaines. (1997)
* Blackmailed Skye Quartermaine - Tracy told Skye that if she didn't cough up $5 million, Tracy would reveal that Skye wasn't Alan's biological daughter. (Apr 18, 2003)
* Snuck into Jax's hotel room and stole the Dead-Man's Hand. (Nov 13, 2003)
* Hired Coleman to steal the Azure Key's treasure from the auction. (Feb 4, 2004)
* Helped Sage Alcazar upload pictures of a showering Georgie Jones onto the computer at General Hospital. (Mar 31, 2004)
* Blackmail - threatened to send Dillon to military school and ruin Georgie's reputation if he didn't vote for her as CEO of ELQ. (Apr 6, 2004)
* Married Luke Spencer.
* Close with stepdaughter Lulu.

Who's played Tracy Quartermaine over the years?

Tracy Quartermaine, the spoiled brat of the clan, called a halt to her globe trotting, and came back to Port Charles when she ran short of money.

Upon discovering that her sister-in-law, Monica, was pregnant, Tracy was irate, knowing that the child would be the heir-apparent to the Quartermaine fortune. Tracy wanted her son, Ned, to hold that status, and immediately set out to prove that the child was not Alan's. At the same time, Edward informed Tracy that she would receive no more family funds unless she married.

Strongly attracted to Assistant District Attorney, Mitch Williams, Tracy lured him into marriage although he was up to his eyes in mob dealings. He was also seeing another woman, and their relationship continued even after he married Tracy. When she discovered the two in bed together, their short marriage came to an end.

Tracy believed that baby, AJ, belonged to Rick Webber, but was unable to prove it. When she initiated a paternity suit to try to prove that the child was not her brother's, her father, who wanted AJ as heir, wrote Tracy out of his will. While signing the document, he had a heart-attack and begged her for his medication. She withheld it, agreeing to give it to him, only if he altered the papers. Edward jumped to his feet, proclaimed his attack had been a test, and Tracy had failed.

Tracy's continued underhanded dealings affected everyone, even her son, Ned, as she fought to have him ousted from the family business. She even drove away his fiance by revealing that he and Monica had had an affair. When Alan and Monica's marriage failed, and Alan married, Lucy Coe, Tracy did every thing in her power to destroy them, as well.

Her own marriage to Paul Hornsby was a sham. He was being threatened by the Cartel and ordered to marry Tracy as a means to access the Quartermaine fortune, although he loved someone else. It wasn't long after their marriage that it became apparent to Tracy that Jenny Eckert was the woman he preferred, but Tracy refused to give him up. They bonded when she announced that she was pregnant with his child, and Dillon was born, premature but healthy.

The stability of the marriage faltered, and Tracy did everything in her power to undermine Jenny's character. Tracy accidentally hit Jenny with a car, and thinking her dead, fled the scene. Jenny didn't die, but didn't divulge who hit her. She used the information to blackmail Tracy into divorcing Paul. Tracy took Dillon and left Port Charles.

Tracy returned to Port Charles some years later with her teenage son, and despite her father's protest, she was allowed by her mother, Lila, to stay. Tracy promised to be on her best behavior, but it wasn't long before she was up to her old tricks, trying to extort money from Skye by revealing that she wasn't a true Quartermaine. Skye upset her plan when she made the announcement herself. Tracy stayed just long enough to dump Dillon on her family.

She returned again, feeling some degree of guilt at having left Dillon behind, but the real reason was the search for the infamous Dead Man's Hand, but her plans for the future were thwarted when she discovered that Luke Spencer held the only license allowing a casino in Port Charles. She turned her attention back to taking over ELQ, and breaking up son Dillon from his girlfriend, Georgie. Her continued scheming and plotting for wealth eventually led her to pair in marriage with Luke Spencer. In the beginning, the joining was purely financial, but passing time brought growing emotions, and when Luke initiated the administering of a medication that returned Laura from her catatonic state, Tracy had to stand by and watch them exchange mock wedding vows before Laura slipped away again.

Over the years, Tracy was sent to a mental institution when she began seeing her deceased brother Alan. She was eventually let out help her stepdaughter Lulu, who she had grown close to. She also continued to put up with Luke's shenanigans and even went on a few adventures with him.

Laura eventually snapped out of her catatonic state for good, but Luke chose to stay with Tracy. However, it eventually came out that the two weren't really married, which Luke knew about. After some time and much pleading, Tracy agreed to marry Luke for real, but only if he would sign a prenup. He did, but it was unclear if he signed his real name or not. It didn't matter though because Tracy believed he loved her so she burned it in the fire.

After Luke was involved in a hit and run accident that killed Lucky's son Jake, Luke hit rock bottom. The family staged an intervention, but Luke insisted he wasn't an alcoholic. Tracy shut him out until he agreed to go to rehab. He eventually complied, but once he checked himself into Shadybrook, he promptly left town.

Tracy turned her attention toward work, but then Skye returned to Port Charles. Skye brought up Tracy's past with Gino Soleito, which she was seemingly using to blackmail her with on Anthony Zacchara's behalf. After Skye left, Anthony pursued Tracy using his leverage regarding Gino over her. Tracy fended him off and eventually confessed to Edward what she had done. Edward already knew.

Anthony remained undeterred and proposed to Tracy. She refused but he still had leverage. It seems the money Tracy took from the Soleito family was meant for him, so if Tracy married him, he would forgive her the money she actually owed him. He also threatened to turn her in to the FCC. Tracy sort of accepted his proposal, but when she tried to get out of the wedding, Anthony kidnapped her and brought her to a boat where she had no place to run.

Despite Luke showing up, Tracy was forced to marry Anthony.