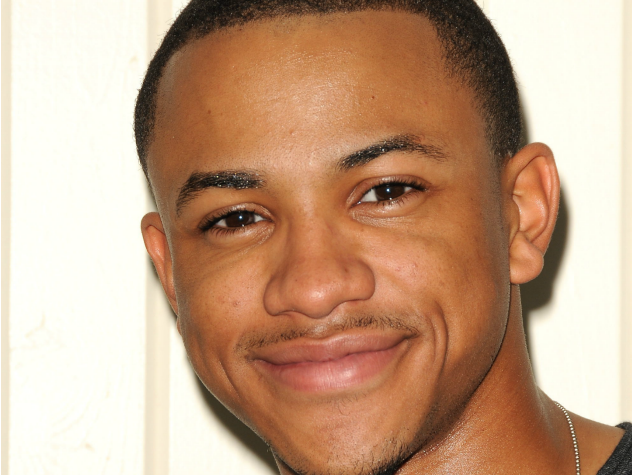 * His real father was accidentally killed by Shawn Butler when they were marines.
* Lives with Shawn Butler after his mother couldn't handle raising him anymore.
* Dates Molly Lansing-Davis.
* Slept with Taylor DuBois.
* Witnessed Morgan Corinthos accidentally shoot Max Giambetti in a mob shootout at Sonny Corinthos' warehouse.
* Tried to leave Port Charles to avoid retribution from the Jerome family.

Who's played Thomas “TJ” Ashford Jr. over the years?

TJ Ashford came to Port Charles as a troubled teenager looking for the man who accidentally killed his father. That man was Shawn Butler, a Marine buddy of TJ’s father. TJ was to live with Shawn as a way to avoid military school and Shawn reluctantly agreed out of a sense of obligation for what happened with TJ’s father.

TJ met Molly Lansing-Davis at the high school and she offered to tutor him. TJ was still rebellious though, and after he was busted stealing her mother Alexis Davis' car, Alexis was able to get the charges dropped. Shawn encouraged TJ’s friendship with the responsible Molly.

She realized TJ couldn’t read and taught him in exchange for help boosting her popularity. But when a party he threw at Molly’s house got out of control, Alexis forbid Molly and TJ from seeing each other. Instead, they began to secretly date.

Alexis realized their secret and ordered them to not see each other, but Shawn convinced her to back off.

When Jerry Jacks poisoned the water supply they considered having sex so they could experience it together but decided to wait.

When Rafe Kovich Jr. came to Port Charles, TJ became jealous of his friendship with Molly. When Molly helped Rafe escape from prison, he was shocked at Molly’s actions. He demanded she stop seeing Rafe and warned Rafe off his girlfriend. After their prom at the Metro Court was canceled because of a shooting, TJ went out on the town with Taylor DuBois. He thought he caught Molly and Rafe in a romantic moment, so he slept with Taylor in a limo.

Molly found out about it and broke up with TJ, but they were eventually able to work things out. When Rafe and Taylor worked together to make Molly and TJ jealous, TJ and Molly were able to stay strong.

When TJ accidentally saw Morgan Corinthos shoot Max Giambetti in a mob confrontation at Sonny Corinthos’ warehouse, Shawn and Sonny knew he had to leave town to avoid being a target from the Jerome family. Before he could leave Port Charles, Rafe told police commissioner Anna Devane that TJ was a witness in the shooting. Anna took TJ to the station to get his statement, but he and Shawn told Anna to contact their lawyer. She advised TJ not to leave town.