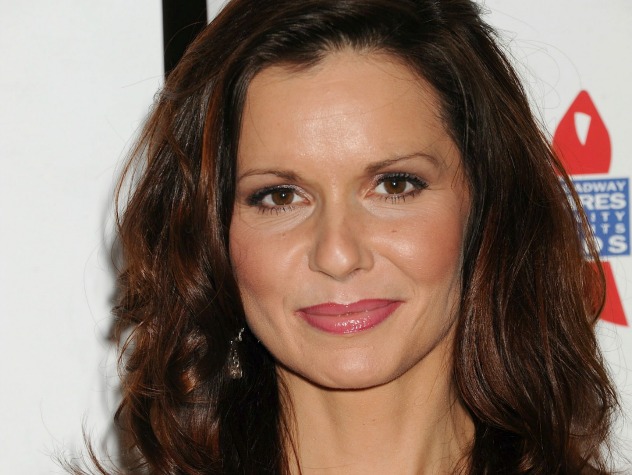 * Was the roommate of Rachel Gannon.
* Married Todd Manning for five million dollars.
* Was refused a job by Nora Buchanan.
* Left town with Todd.
* Returned to Llanview to help Todd.
* Thought to have died with only Greg Evans as a witness at Kitts Hospice as a result of a brain tumor.

Who's played Téa Delgado Lord over the years?

An old friend of the Vega family, Téa came to Llanview to clear Antonio in the murder of Carlo Hesser and eventually had his previous murder charge, in which he did jail time for, overturned.

Though Téa dated her fair share of Llanview men, including Kevin Buchanan, R.J. Gannon, John Sykes and even the good Reverend Andrew Carpenter, she fell hard for Todd Manning after agreeing to help him get custody of his daughter by the way of marrying him for five million dollars!

Even though Todd eventually convinced Téa that he cared for her, his downward spiral toward crime and jealousy trapped her into a relationship of both verbal and physical abuse. Not able to shake Todd from her system, Téa agreed to leave town with him and hasn't been seen or heard from since - other than a past glimpse of her and Todd on an island. As far as the people of Llanview heard, she left Todd, which led to his return to Llanview without her.

However, when Téa returned to Llanview in December 2008 to represent Todd in the Marty Thornhart case, he turned her down flat - but later accepted her help!

Since then, they have had a love/hate relationship, and even slept together, and now Tea is fighting her feelings for Todd - and hoping that he'll return them.

After being locked in the KAD Frat House with Blair, Tea ended up in the hospital and later agreed to stay at Todd's to recuperate where their past feelings resurfaced. However it hit Todd hard to find out that Tea had kept his daughter Dani from him for years.

Just as Tea had hope that Dani would accept Todd as her father she found out she was dying from a brain tumor. Todd and Dani pulled together for Tea. Todd married Tea but when her health started to quickly deteriorate Tea chose to die alone in Kitts Hospice. Even though she later thought twice about it Greg reminded Tea of her initial decision. Todd convinced Shaun to bring him and Dani to see Tea but they were too late. Greg informed them she'd died in her sleep and at Tea's insistence her body had been cremated.

However, it later became apparent that Tea hadn't died after all. Greg stashed her away in a coma in an attempt to end Eli's scheme once and for all. Tea was reunited with her family.

Through trying to keep Todd on the straight and narrow, in regards to allowing Dani to have a relationship with Nate, Tea's brother Tomas arrived in town. Tomas wanted Tea to leave Todd and refused to explain exactly why he abandoned their family years ago. She welcomed Tomas' support after Todd had been shot outside of Rodi's.

Shortly after a man with Todd's old face, T.M., arrived in town, news came that Todd was in fact the twin brother, Victor, to the real Todd. He'd been brainwashed to take over Todd's life by his mother, Irene. Tea vowed to stand by the man she loved and promised Victor she'd never leave him. However, their fate was sealed when Tea found Victor murdered on their living room floor.