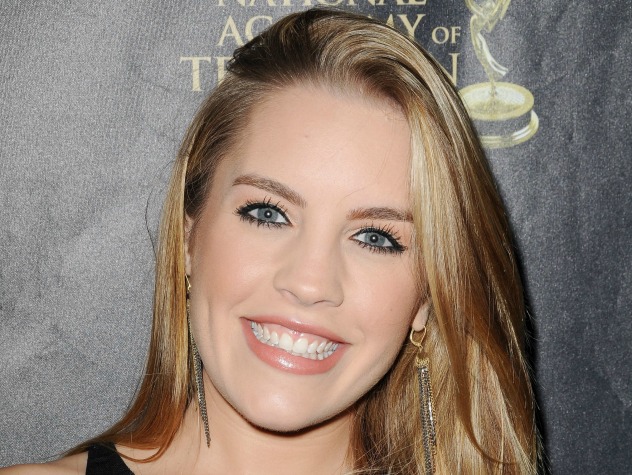 Starr Manning (as played by Kristen Alderson on General Hospital)

* Tried to break her dad out of prison and was sentenced to community service.
* Stole $2,500 from her Aunt Dorian's safe.
* Found Troy MacIver chained to a carnival wheel.
* Ran away from home.
* Lived through the trauma of her father's death and resurrection twice!
* Enemy of Britney Jennings.
* Best friend is Langston.
* Was at the receiving end of Cole's rage after steroid use.
* Had a baby with Cole Thornhart.
* While driving through Port Charles, got into a car accident that claimed Cole and Hope's lives.

Who's played Starr Manning over the years?

In 1996, Starr Manning came into the world as Llanview's newest baby. A product of controversial couple, Todd and Blair Manning, Starr grew up fast with more street smarts than some adults! Like most kids of divorce, Starr wanted more than anything for her parents to reconcile and she pulled many stunts in order to make it happen! She tried everything from locking her parents in a room to running away to faking a kidnapping!

Although her parents had a habit of getting back together - only to break up again - years later Starr would go through a new kind of devastation with the 'death' of her father. Reeling with loss, Starr took comfort in a stranger, Walker Lawrence. Soon after, Walker confided in Starr that he was in fact Todd, who had a total face job!

With Todd's identity revealed, Starr and Blair's relationship began to falter. Blair was furious that Todd had allowed them to believe he was dead, in turn she and didn't allow Starr to see her father, setting Starr down a rebellious path. She found herself in trouble on Internet chatrooms, ran away to New York City to see a boy she met online and ended up kidnapped! In the end, her parents rescued her and brought Starr back to Llanview where they all became a family.

2006 had to be the worst year yet for the high school freshman. After Spencer Truman framed her father for murder, Starr had to face the day of his execution! However, just when word came that Todd had been put to death, new evidence surfaced that proved him to be innocent! Ironically, her mother begged Spencer to bring Todd back to life and her father lived!

Being the daughter of Todd Manning made Starr's school life difficult. She was constantly reminded of her parents' past mistakes and of her father's biggest sin - rape. Starr soon starting dating a boy named Cole. It wasn't until Cole erupted in a rage, from the effects of steroids, that Starr found out he was the son of the woman his father raped in college - Marty Saybrooke!

The end of the year brought more heartache after Spencer Truman tragically pulled Blair off a roof and as a result lost her unborn child, followed by her parents break-up and the death of Cole's mother, Marty. When Todd forced Starr and Cole, who were now totally in love, to break-up, they ran away to Virgina but were ultimately brought back home. Wanting to spend the first and last night together, they were in bed when Todd walked in on them!

Although Cole and Starr denied having sex, a couple of months later, they had no choice but to admit it, as Starr became pregnant. Wanting to do what was right for her and her baby, Starr decided to allow Marcie McBain to adopt her baby, which led to her break-up and months full of heartache with Cole.

Now, with the baby on its way, Starr faced many more heartaches to come... After being told her baby had died, it was months later when she found out that Hope was really Chloe - and was alive. Though Starr kept her word, and allowed Marcie to adopt Hope, Marcie gave the baby back for Starr and Cole to raise!

Life was looking good for Starr, and though she almost married Cole, before he was sent to prison on drug charges, she called off the wedding when news came that Cole would be doing community service instead.

Cole left Starr and Hope to go undercover. After his mission was complete Starr, Hope and Cole moved in together, along with Markko and Langston. Things were fine until Cole started college and met his new study buddy Hannah who ended up having an infatuating crush on him. After Hannah pinpointed Todd as the person who pushed Marty down the stairs Cole beat Todd silly and landed in jail, which put a big rift between Starr and Cole.

During Cole's time in jail Starr got mixed up with a stranger named James who was running from his abusive father. Starr ended up going on the run with James in order to protect herself from the man after him, Bull. All of this drama brought James and Starr closer, and caused Cole to become very jealous once he was released.

Though Starr was committed to Cole, after Cole shot and killed Eli, who he thought had killed Starr and Hope in an explosion, he went to prison, which was the beginning of the end for this couple. Cole was serving ten years, and Starr decided to move on with James.

James and Starr hit a rough patch when James' ex-girlfriend Deanna came to town. Though she wanted James back, he was committed to Starr. When Tomas' son Baz took an interest in Starr, James tried not to appear jealous and supported the music single she and Baz planned to produce.

Starr was stunned when her father, the real Todd Manning, returned, which proved the man she thought was her father was really Victor Lord Jr. Victor turned up murdered, and while Jack placed the blame on Todd, Starr believed in him.

Cole broke out of prison and made a beeline for Starr. James realized the two were still in love and broke up with Starr. She left Llanview to pursue a singing career, with Cole posing as her bodyguard.

After Todd was arrested for Victor's murder, Starr, Hope and Cole drove to Llanview from the Port Charles airport. They got into an accident with Anthony Zacchara, which left Hope and Cole presumed dead. Michael helped get Starr to the hospital.