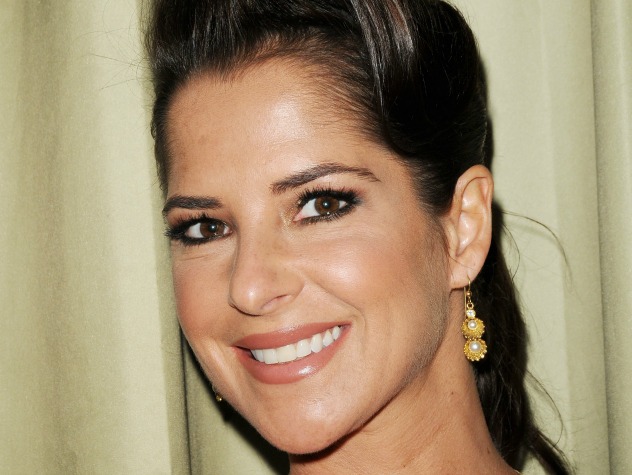 * Other Names: Sandra McIntire (name while pulling a con).
* Marital Status - Single
* Stole the Jack of Diamonds, a card that is a part of the Dead-Man's Hand, from Jax's apartment. (October 2003)
* Trespassing - snuck into the Quartermaine Mansion. (October 2003)
* Drugged Jax and then stole the two cards he had from the Dead-Man's Hand set. (October 2003)
* Impersonated a math tutor to con Georgie, then stole the other three cards from her room. (October 2003)
* Attended an illegal auction; was present while Luke was auctioning off the Dead-Man's Hand. (October 31, 2003]
* Arrested for aiding and abetting Sonny Corinthos. (December 2, 2003)
* Stole the sunken Courage's treasure from her father, Cody. (December 30, 2003)
* Adultery with Sonny Corinthos during his marriage to Carly. (Spring 2004)
* Hospitalized after the premature birth of her daughter. (November 2004)
* Fell ill during the encephalitis plague that hit Port Charles. (January/February 2006)
* Shot and killed Diego Alcazar when he came after her and Jason. (September 17, 2006)
* Married Jason.

Who's played Samantha McCall Morgan over the years?

Sam ventured into Port Charles, involved in a search for the Dead-Man's hand (the five poker cards that Wild Bill Hikcok held when he was killed). It was her encounter with Jasper Jacks, while he hunted for the same cards on behalf of his father, which led to a romantic fling. Jax's father held one card but the other four had been stolen, and what started out as a dare between Jax and Sam to find the remaining four, turned into a game of cat and mouse. Declaring a truce, Sam then left Jax stranded on an island, after stealing the one card he had.

Eventually teaming together, the two pretended to be dating while they scoped out AJ, Tracy and Skye Quartermaine, along with Luke Spencer. Everyone was desperate for the fortune the cards would bring, and at one point, Sam had them all, until Luke stole them and sold them back to Jax.

The elusive cards didn't stay with their new owner for long. At a Halloween Ball, someone used an odorless gas to overcome the attendees, and a mystery person snatched them from an unconscious, Jax. The stranger turned out to be an ex-lover of Sam's who used the cards to lure her into spending the night with him. Sam agreed, knowing full well she had no intentions of falling into bed with him, but rather planned to take the cards and run. Jax interrupted her scheme, but before he could get the cards for his ailing father, Georgie and Dillon stole them away.

With the hand finally in his possession, Jax was on his way to return them to his father, having no idea that someone had stowed away in his car. When the automobile malfunctioned, and he found himself stranded in the desert, Sam emerged. Unbeknownst to Jax, Sam had sabotaged him, forcing him to stop at a Casino. She wanted to test the luck of the cards, and it all proved good when she walked away owning the yacht that Jax won that night. She also ended up in bed with him.

The delay in getting to the hospital with the cards gave Jax only a few minutes with his father before the man passed. Sam hid her guilt and comforted Jax, and they made love again, but when he discovered that she had tampered with his car, he flung the cards at her and told her to get out. She left, but without them. Tracy Quartermaine broke into Jax's room after Sam's departure, and stole the cards, planning to use them to entice Jax into a business venture. Jax eventually got the cards back, but with his father gone, they held no meaning for him. He gave them to Sam and told her he never wanted to see her again.

When Sam and Luke fought over ownership of the yacht, they eventually partnered together to start a floating casino, Sam admitted to Skye that she had feelings for Jax, and realizing that the cards had brought her nothing but bad luck, she gave them to a homeless man, who turned out to be Luke Spencer, in disguise.

Sam's luck didn't change. She found herself with Sonny Corinthos for a brief time - long enough to get pregnant, but he reunited with Carly. Jason stepped up, claiming paternity to help Sam save face.

Tragedy struck when Sonny's daughter, Kristina, became violently ill and needed the stem cells from Sam's child as a last resort to safe her. Sam was near death herself, and permission was given to have labor induced. Sam lived, but her baby died, and the cells, still viable, saved Kristina's life.

Haunted by losing her child, Sam clung to Jason, and the two became close, starting a life together. Their attempt to adopt a baby to take the place of little Lila ended in disappointment when the biological mother and grandmother came for the child. Sam blamed Jason for aiding them, and moved away for a while, but eventually, the two reunited to try to find Michael, Morgan and Cristina, who had been kidnapped. The children were all found, safe.

When things returned to some semblance of normalcy, Jason began having seizures that impaired his memory. His old girlfriend, Robin, was a doctor researching brain disorders, and Sam called on her to help. His surgery was a success and he remembered being in love with Sam.

The epidemic that hit Port Charles took the life of the retarded brother that Sam had secretly cared for and supported. When a DNA test revealed that they weren't even related, Sam learned she had been adopted. Reluctant to search for her birth-mother at first, she later learned that she shared the same maternal parent with Sonny's young daughter, Kristina - Alexis Davis.

The two women grew close, as Sam helped Alexis in her battle against cancer, but their relationship floundered. Alexis wanted Sam to sever her ties with Jason for the very reason Alexis had cut her own with Sonny: out of fear of the mob. When Sam traumatized Kristina by exposing her to a fatal shooting, Alexis wanted nothing more to do with her eldest daughter. Of course those feelings were fueled by the fact that Alexis had witnessed her husband, Ric Lansing, having sex with daughter, Sam. Jason had happened upon them, too, and the image was seared into his brain.

As Jason and Sam struggled to put that memory behind them, Sam remained hopeful that Alexis might one day do the same. Sam was encouraged when Alexis volunteered to defend Sam from murder charges in the killing of Diego Alcazar. Mother and daughter continued to be drawn together for Kristina's sake, and because Sam wanted to help Alexis beat her disease. Luckily, in Alexis' weakened state, the charges were dropped for lack of evidence, and Sam returned to Jason's waiting arms with hopes of planning a family. What she didn't know is that the baby Elizabeth Spencer is carrying is Jason's. The child was conceived the night Jason and Liz consoled one another over Lucky's drug dependency and Sam's betrayal.

Sam was jealous upon learning of Jason and Liz's new bond and doesn't intervene when their son is kidnapped. Sam eventually breaks up with Jason and begins a relationship with Lucky. She also hires men to scare Elizabeth and her sons so Jason will stay away. Unfortunately he finds out and becomes enraged.

Sam and Lucky eventually break up and she helps Jason save Jake from mobster Andrei Karpov. Jason then helps Sam and Spinelli set up their P.I. business. After a dangerous run-in with Jerry Jacks, Jason and Sam grower closer.

After Jason and Sam have fully reunited, Jason's stalker Franco kidnaps Sam. Jason saves her and Sam moves on to helping her sister Kristina through her abusive relationship with Kiefer. The couple then must deal with crimelord The Balkan, more of Franco, and Brenda's return.

Sam helps Jason through the death of his son Jake and then undergoes a procedure to help her get pregnant. The procedure works. Jason and Sam get engaged and despite everyone's meddling and planning on their behalf, Jason and Sam take off and get married in a Chinese restaurant.