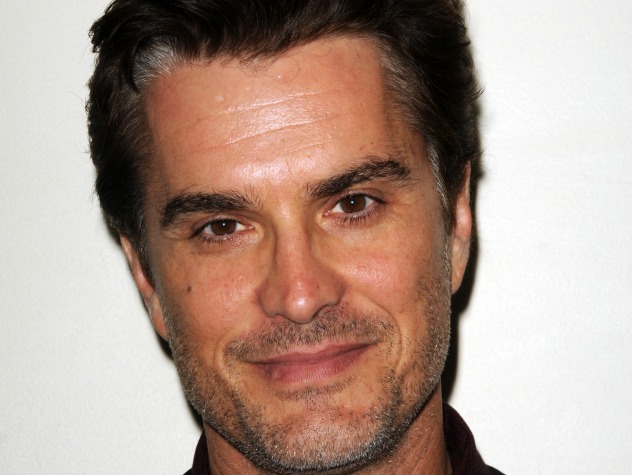 * Marital Status - Divorced (Alexis Davis & Elizabeth Weber)
* Embezzled money from Luis Alcazar.
* Faked that he raped Carly and then blackmailed Carly to cozy up to Sonny. (March 2003)
* Shot Faith before she could give him up as her partner against Sonny. (April 1st, 2003)
* Attempted to blackmail Courtney into marrying him with false evidence framing Jason for murder. (May 2003)
* Kidnapped Courtney and put her in a mine shaft. (May 2003)
* Kidnapped Carly and held her prisoner in a secret panic room. (June 2003)
* Paid off a doctor to tell Elizabeth she couldn't have children. (June 2003)
* Drugged Elizabeth to keep her from conceiving a child. (July 2003)
* Framed Nikolas Cassadine for Cody McCall's murder, so that Zander Smith would give up parental rights to his unborn child. (January 7th, 2004)
* Blackmailed Zander Smith; threatened to frame Zander for Cody McCall's murder if he didn't sign away rights to his unborn child. (January 22nd, 2004)
* Covered up Elizabeth's involvement in Zander's death; Zander was later discovered to be alive.
* Needed a blood transfusion in 2008 and the only person who could give it to him was his father, Trevor Lansing.
* Left town for Los Angeles when Claudia married Sonny.
* Returned to Port Charles in 2014 and was thought to be after Sonny.
* Worked hard to repair his relationship with his daughter Molly Lansing-Davis.
* Reconnected with his ex-wife Elizabeth Webber.
* Arrested for the attempted murder of Lucas Jones, thought to be working with the Jerome crime family.
* Agreed to fake his death so the real head of the Jerome organization could be found out.

Who's played Ric Lansing over the years?

Ric Lansing arrived in Port Charles around the time that Luis Alcazar was murdered. He approached Sonny Corinthos about wanting to handle his legal issues, but Sonny declined. Brenda and Jason were the suspects in the murder, and when their attorney, Alexis, had to leave town suddenly, Sonny asked Ric to step in. He was successful in getting information to free the pair.

Ric befriended Carly and became the business manager for her club. When she witnessed Sonny kissing Brenda, she went to Jakes to drown her sorrows. Ric followed. When he noticed that one of Faith Roscoe�s associates had drugged Carly's drink, Ric rescued her and took her to his hotel. Carly was appalled to wake up next to him the next morning, totally naked. She threatened to tell Sonny, but later decided not to share the information. Ric turned the tables and used it to blackmail her into trying to get him into the Corinthos organization.

Ric continued to pursue employment with Sonny, and when refused, he teamed with Faith Roscoe to destroy him. Jason suspected the partnership and tried to get Faith to admit it, but Ric shot her before she could divulge the truth. Although she didn�t die, he threatened to finish the job if she said anything about their involvement.

Carly discovered she was pregnant and feared it might be Ric's child. A paternity test showed it was Sonny's, and Carly told him the whole story about Ric and their one night together. Sonny was incensed, wanting to kill Ric, and puzzled why the man seemed to be consumed with hatred for him. It wasn�t until after Ric abducted Courtney to lure Sonny to him that Sonny discovered that Ric was his half-brother, who held a grudge because their mother chose Sonny over him. Sonny�s plan to kill Ric fell by the wayside when he learned of their 'motherly' connection.

Ric tried every unscrupulous move he could think of to get to Sonny. He blackmailed his sister, Courtney, in an attempt to make her marry him, but failed, and ended up marrying the woman he truly loved, Elizabeth Webber. His promise to change started with a truce with Sonny, but it didn't last long.

When Faith Roscoe pushed Elizabeth down the stairs and caused a miscarriage, Ric plotted to take the baby that Carly carried to replace the one Elizabeth lost. He bought a new home for his wife, complete with a secret room, where he planned to hold Carly until she gave birth. He secretly fed Elizabeth crushed birth-control pills in her food, and plotted to kill Carly. His plan was foiled by her son, Michael, who told Jason that he had witnessed Ric taking his mother away.

Sonny's nemesis, Alcazar, learned that Ric had taken Carly and teamed with him to throw Sonny off the trail. While trying to keep Carly�s presence a secret, Ric nearly killed Elizabeth with sleeping drugs, and it caused him to have a change of heart. He was about to release Carly, when Elizabeth awoke, remembered seeing Carly in the house and called the police. Before anyone could rescue her, Lorenzo's men knocked Ric out and took Carly away. Ric's actions ended in Elizabeth filing for divorce.

To redeem himself, Ric aided in Carly�s rescue from Lorenzo Alcazar, and tried to win Elizabeth back. She wasn�t interested, ended up sleeping with Zander Smith and getting pregnant. Eventually Zander died, and Ric realizing Elizabeth had no interest in him, gave up his pursuit.

Ric continued to dog Sonny, digging into his past and discovering that he had fathered Alexis' daughter, Kristina. Ric eventually wooed Alexis into marrying him, hoping he could use her daughter as a pawn against his half-brother. Alexis was diagnosed with lung cancer, and during a tender moment with her boss, while divulging that her condition might affect her position as District Attorney, Ric saw them and jumped to the wrong conclusion. He ended up drunk, and sleeping with Sam McCall, the woman his wife had just learned was the daughter she had given up for adoption years before. Sam was in a drunken stupor herself over Jason. Alexis came home early and saw them having sex, but she kept the painful knowledge to herself, fearing her impending death, and wanting to assure that Cristina and the daughter she had with Ric would be cared for and never separated. When she could keep silent no longer, she told them both what she had witnessed, and kicked Ric out, wondering how he could be so low at the worst time in her life. Her blossoming relationship with her new-found daughter floundered.

In the meantime, Ric continued with his vengeful pursuit of Sonny by targeting Jason and Sam, and joining forces with Lorenzo Alcazar. He went over the Police Commissioner's head and hired Lucky Spencer back to the force, making Jason his prime target. Sam had been arrested for shooting Diego Alcazar, and Ric fabricated a computer disc to implicate her in Sonny's mob dealings, hoping to bring both of them down together. He cared little that Kristina had witnessed the killing and was traumatized by it. Nothing carries as much importance as his vendetta against Sonny.

Jason who was presumed dead at the hands of the police while trying to free Sam, was actually alive and looking for Spinelli, the computer geek who created the information on the disc. With the help of Lulu, he was found in Tennessee and brought back to Port Charles to clear Sam's name. Ric, believing that Alcazar would kill Jason and Spinelli before they had a chance to spill the beans, was shocked when he was confronted with the truth.

Ric continued to flounder in his quest for gaining acceptance from Sonny until a rival mob family, the Zaccharas, came to Port Charles. When Anthony Zachara (the patriarch) was in prison Ric went to him with an offer to plead his case in exchange for a position within the family business. He successfully got the madman acquitted and worked along side his father Trevor at the helm of the Zacchara business. He wanted to squash his father, however, and gain the power for himself. He joined forces with daughter Claudia (in bed), but she eventually married Sonny in order to gain power. Again, Ric was on the outside looking in and left town to take a job in Los Angeles.

Ric Lansing returned to Port Charles in 2014 determined to forge a relationship with his daughter Molly Lansing-Davis and his ex-wife Elizabeth Webber. Unfortunately, Ric arrived at the same time as the new, mysterious head of the Jerome crime family who was determined to take down Sonny. Everyone assumed Ric was the bad guy, and he was arrested for the attempted murder of Lucas Jones even as he insisted he was being framed.

Commissioner Anna Devane realized Ric had been set up. Ric agreed to fake his own death to draw out the real mob lord. He left his daughter Molly a heart-felt letter, feigned being shot in police custody by Detective Nathan West and disappeared with the assistance of a body bag.