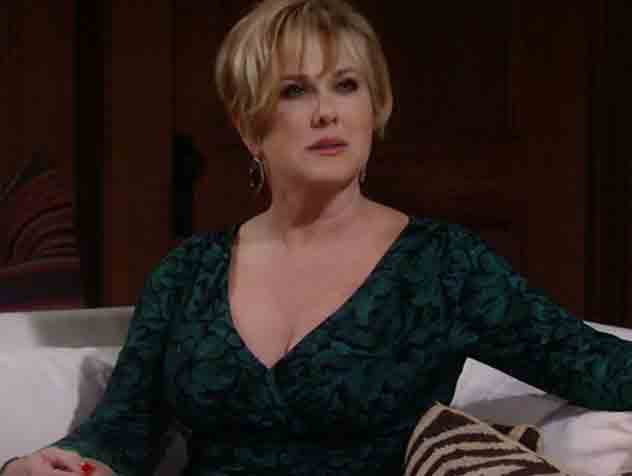 Olivia Jerome (as played by Tonja Walker on General Hospital)

* Thought dead after her brother Julian Jerome shot her in 1989.
* Returned to Port Charles in 2017 as a mysterious new mob boss Oscar Jessup.
* Has had a long infatuation with Duke Lavery.
* Once went by Olivia St. John.
* Referred to as Liv by her brother Julian.

Who's played Olivia Jerome over the years?

While working in her father Victor Jerome’s business, Olivia Jerome became infatuated with Duke Lavery, who also worked for the Jeromes. Olivia had desires to take over the family business from her father, but faced opposition from her brother Julian and her illegitimate half-brother Dino.

Dino worked his way into the Jerome organization as a henchmen, but nobody knew he was Victor's son from a past affair. Dino almost killed Olivia by shooting her, but it left her hospitalized with a severe brain injury. Anna Devane was framed for the attempted murder, but Dino was eventually caught. Shortly after, Dino was imprisoned. This left Julian and Olivia to fight for control of the Jerome family. Olivia put a hit out on Julian and believed him to be dead, but he faked his death with his father's help. He later returned to seize control of the family’s business after Victor died.

When Anna learned Duke was deeply tied to the Port Charles mob, she left him. Olivia used the opportunity to seduce Duke, but his love for Anna was too strong. Olivia tried to claim she was pregnant to hold onto Duke, but she wasn’t. Duke left the mob and returned to Anna, who was in fact pregnant, and this infuriated Olivia. When she realized she’d never have Duke, she decided to kill him by rigging an elevator. However Anna was caught in the crash and she lost her and Duke’s child as a result. Later, Julian made his own attempt to kill Duke, who he blamed for betraying their family. However, Olivia took pity on him and Anna and planned to warn them. Before she could, Julian shot and killed her.

In 2013, the Jerome family had long been forgotten when Ava Jerome and her daughter Kiki came to Port Charles to get their share of ELQ by trying to claim Kiki was a Quartermaine. Julian arrived shortly after using the alias Derek Wells. He had long been believed dead, but cheated death once again. He and Ava planned to take over Sonny Corinthos' territory, which used to belong to the Jerome family. Both failed to ever wrest their old territory from Sonny.

By 2017, Julian found himself blackmailed by a mysterious new mob boss named Oscar Jessup. This was a code name for his sister Olivia Jerome, who had been living across the world in China and waiting for the perfect time to get her revenge. She returned to Port Charles and attempted to murder Julian planting a bomb his car, but Morgan Corinthos stole it and was presumed dead instead. She then blackmailed Julian into working for her by threatening his family. She wanted revenge for Duke's death, and to own General Hospital.