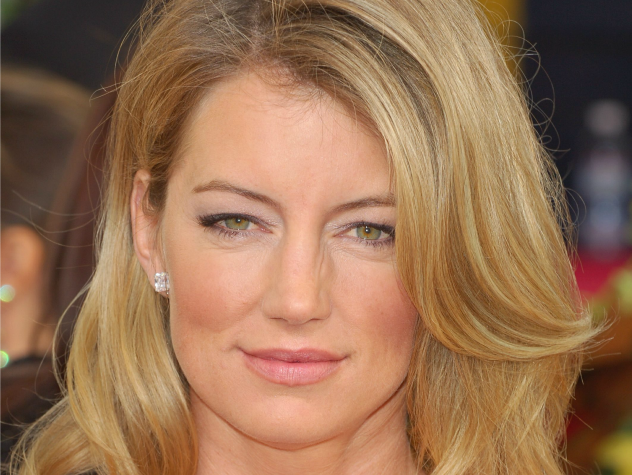 * Daughter of Madeline Reeves.
* Was married to Dr. Silas Clay when she was injected with an overdose of antidepressants that put her in a coma for 20 years.
* Wealthy, she put Silas through medical school.
* Silas cheated on her with Ava Jerome.
* Was pregnant when she fell into the coma for over 20 years.
* At one time was being held in the same hospital, Crichton-Clark, as Jason Morgan after he was thought to be dead.
* Abducted Ava Jerome's baby after injecting her with a drug to induce labor.

Who's played Nina Reeves Clay Cassadine over the years?

Current: Editor in Chief at Crimson magazine
Past: Socialite

Nina Reeves Clay was first mentioned in recollections from her husband, Dr. Silas Clay. He loved Nina, who had put him through medical school, but he cheated on her with Ava Jerome. She tried to save their marriage by having a child. Shortly after, Nina was injected with an overdose of antidepressants by her mother Madeline Reeves and went into a coma. Madeline's husband and Nina's father had left everything to Nina, so Madeline gained control of her finances with Nina out of the picture. While in the coma Nina supposedly lost the baby she was pregnant with.

Her mother Madeline Reeves arrived in Port Charles shortly after Nina's brother James Nathan Reeves was hired at PCPD to investigate Silas for Nina's attempted murder. It was later revealed that James was not Nina's brother, but rather her cousin, though they were raised as siblings. Later, Madeline told everyone that Nina had died and she was arrested for her murder. She eventually admitted to Nathan that Nina was alive, and still in a coma, but asked him to tell no one.

On May 1, 2014, Nina woke up from her coma in an undisclosed location and called out for Silas. She arrived in Port Charles in a wheelchair and crashed Danny Morgan's birthday party, shocking Sam McCall and Silas, who were dating. Nina wanted to pick up her marriage to Silas and try for another child, but Silas had moved on. Soon it was revealed that Nina could walk and was planning to get revenge on her mother, Silas, Sam, Ava and Kiki Jerome, who was the product of Silas and Ava's affair. After Sam and Silas broke up, mainly due to Nina constantly inserting herself in their lives, Nina attempted to make things work again with Silas and have another child. She was devastated to learn she was in early menopause and would be unable to conceive.

Nina began counseling for her issues and met Franco Baldwin at the hospital, who was worried that his girlfriend Carly Jacks was still in love with her ex-husband Sonny Corinthos. Franco later learned Carly had been cheating on him, leading to his bonding with Nina. The two became fast friends. Things between Nina and Silas unraveled when it was discovered she could still walk and he realized she was mentally ill. Nina continued with her plan for revenge and with her mother's helped discovered where the pregnant Ava Jerome had been hiding out. Nina drugged Ava, induced her into labor, and took off with her daughter Avery, who she called Jamie. Feeling sorry for her, Franco helped her flee Port Charles to Canada, but they were apprehended. Nina was sentenced to Shadybrook Sanitarium and Franco to Pentonville.

In Shadybrook, Nina became friends with Heather Webber, who did not like the idea of Nina being involved with her son Franco. Franco meanwhile escaped Pentonville and made his way to Shadybrook where he saved Nina from being injected by an overdose of LSD by his mother. In order to further protect Nina, Franco injected himself with the drug in order to be remanded to Shadybrook. Eventually, Franco's father Scott Baldwin was able to get both Nina and Franco released. However, when Avery briefly went missing again, this time taken by Silas Clay in order to give Ava a life-saving bone marrow transplant, Franco initially suspected Nina had taken the girl. Nina ended her relationship with Franco because he doubted her.

Nina shocked everyone when she married her attorney Ric Lansing. Franco was suspicious of the lawyer's motives, and it turned out Ric and Madeline were conspiring together to drive Nina mad and take control of her fortune. They gaslighted her by playing recordings of a baby crying for her to hear, among other tactics. Ric convinced Nina to check herself back into Shadybrook. Franco found her there, told her that he loved her, and he had learned it was Silas who took Avery. Nina checked herself out and went to confront Silas, only to find him dead with a knife in his back. Franco tried to protect Nina by confessing to the murder, but it was revealed that Madeline was the true killer. Silas had figured out Ric and Madeline's scheme to steal Nina's money and she killed him to keep him from telling Nina. Madeline was sent to prison, and Nina had her marriage to Ric annulled.

Franco and Nina grew closer, but she still desired to be a mother, though Franco did not want children because of his past. The idea of Franco not wanting children led to the couple breaking up. Nina was eventually hired by Julian Jerome to be the editor of Crimson magazine. He hired her believing she would sink the company and he could legally liquidate it, but to his surprise, she made the magazine a success again.

Nina met and had a one night stand with a man calling himself Theo Hart, who turned out to be Valentin Cassadine. A whirlwind romance resulted in the pair marrying on New Year's Eve and Nina becoming a stepmother to his daughter Charlotte. Eventually, the truth came out that Charlotte was Lulu Falconeri's daughter and not Valentin's ex, Claudette Beaulieu. Charlotte was conceived by using Lulu's stolen embryo and Valentin's stolen sperm, and Claudette was simply the surrogate who raised the girl in her early years. The conception was arranged by Helena Cassadine to create another heir for Stavros Cassadine. When the truth was revealed, tensions ran high between Lulu, Valentin and Nina, but Nina and Lulu eventually came to be friends thanks to their love for Charlotte.

Valentin and Nina's marriage had its ups and downs, mainly due to his keeping secrets from her. Cassandra Pierce, an old associate and flame of Valentin's arrived in Port Charles, and blackmailed him into helping her run an opioid ring. Valentin agreed to work undercover with Anna Devane to bust Cassandra, which caused more tension with Nina because Valentin had always carried a torch for Anna going back to their days working together in the WSB. Things rose to a head when Cassandra went after Anna and Dr. Hamilton Finn, only to get into a fight with Nina, who accidentally injected Cassandra with the drug-filled hypodermic syringe she had meant for Finn. Valentin covered for Nina and dumped the body in an alleyway, and one of Cassandra's own men took the fall. Cassandra fell into a coma and was shipped off to a WSB facility.

Tragedy struck Nina's life when her brother Nathan was shot and killed by his own father, Cesar Faison. Faison had arrived to kill his other son, Henrik who was living in Port Charles as Peter August. It came to light that Anna was Henrik's mother, and she gave the boy up for adoption so Cesar would never learn of him. Unfortunately, Valentin discovered this and returned the boy to his father due to his anger over Anna not returning his feelings for her.  Nina was horrified by his cruelty and partly blamed him for creating the situation that led to Nathan's death, so she left him.

In order to win Nina back, Valentin visited her mother Madeline in prison. Madeline was up for parole and he offered her the best lawyers if she told him the truth about Nina's miscarriage. Madeline admitted that Nina didn't miscarry the child, and she sold the baby on the black market in an illegal adoption because the child stood to inherit Nina's fortune. Madeline mysteriously died of a heart attack in prison days later. When Madeline's personal effects were sent to Nina, among them was a locket Nina adored as a child. The locket had been cut in half and was incomplete. She believed it was like the locket in the movie Annie, and her mother was telling her from beyond the grave her child was alive and had the missing piece. Meanwhile, at Madeline's funeral Valentin swiped some of Madeline's DNA and used it to fake a DNA test proving a young woman named Sasha Gilmore was Nina's daughter. Obrecht learned of his deception but used it to her advantage have Valentin get her a job writing medical articles for Peter/Henrik, who was now running The Invader. Sasha was only supposed to meet Nina and then return home, but she fell in love with the idea of Nina as a mother and stayed in Port Charles.

Trouble arose for Charlotte at school when she was accused of bullying another student, her own cousin, Aiden Webber. Charlotte claimed Aiden was different and she was trying to make him conform to how a little boy should act so people would stop teasing him. A later issue arose when Charlotte's teacher, Willow Tait, suspected Charlotte had cheated on a test. The issues and accusations led to animosity developing between Willow and Nina, and culminated in Willow losing her job. However other parents, including Lulu, rallied around her and successfully got Willow reinstated.

Nina finally agreed to re-marry Valentin, but an upheaval at Crimson forced them to delay their wedding plans. Julian had sold the company to Drew Cain in years prior, and Drew broke the company in two and sold the print division, including Crimson, to Jasper Jack. Jasper wanted to make some changes at Crimson, while at the same time found himself drawn to Nina.