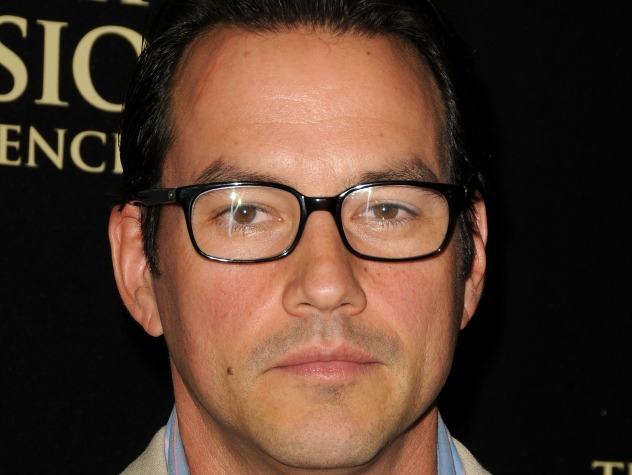 Nikolas Cassadine (as played by Tyler Christopher on General Hospital)

* Marital Status - Single.
* Other Names: Nikolas Mikhail Stavrosovich Cassadine.
* Helped Lucky try to cover up how Rick Webber died, thinking that Luke was behind Rick's death. (August 2002)
* Helped Luke escape custody after being arrested for Rick Webber's murder. (September 2002)
* Adultery with Emily while she was married to Zander. (November 3, 2003; December 2, 2003)
* Arrested for assaulting Zander Smith. (January 14, 2004)
* Arrested for the murder of Zander Smith - not guilty. (February 2004)
* Confessed to "killing" Helena by pushing her off a cliff. (Nov 2004)
* Fell ill during the encephalitis plague that hit Port Charles. (February 3, 2006)
* While mourning the death of Emily, he began a relationship with her long lost twin sister.
* Had an affair with Elizabeth while she was in a relationship with Lucky.
* Named the father of Elizabeth's baby.
* Hired Brook Lynn to be his escort to high profile events.
* Left town after Elizabeth insisted Aiden wasn't his son.

Who's played Nikolas Cassadine over the years?

Considered a prince, Nicholas stands next in line for the Cassadine throne, and had vowed hatred for his mother, Laura, for leaving him. After Luke Spencer killed Stavros Cassadine, Nikolas was raised by his Uncle Stefan, whom he considered his real father. Nikolas was brought to Port Charles by Steven to save Nikolas' half-sister's life. Lulu had a rare anemia, and he was the perfect marrow match.

With Nikolas' identity revealed, Luke forced Laura to choose, and she again abandoned her son. Nikolas, hurt for a second time by his mother, sought friendship with Bobbie Spencer, who later married Stefan. The friendship lasted until Bobbie betrayed her husband and Nikolas found out about it.

Katherine Bell came to Wyndemere Castle looking for an ideal spot to take photographs for her business, Deception Cosmetics. She and Nikolas built a friendship that led to her being shot. Nikolas wrongfully accused Luke, not knowing that Stefan was the assailant. It seemed that anytime happiness loomed on the horizon, someone in the Cassadine clan attempted murder to prevent it.

Although Nikolas remained estranged from his mother, he stayed close to his grandmother and sister. His relationship with his half-brother, Lucky, was stressed because they were both interested in the same person, Sarah Webber. Lucky was the loser, but eventually ended up with Elizabeth Webber.

When Nikolas took a bullet meant for Jason Morgan, he had to undergo speech therapy to learn to speak again. He was attracted to Robin Scorpio, as she helped him through his recovery, but she was involved with Jason. In the meantime, Stefan and Katherine announced their engagement, and Nikolas was happy, thinking they made a good pair. On the eve of their engagement party, Katherine supposedly fell to her death, and it was that night that she overheard a conversation between Laura and Stefan, in which it was stated that Stefan not Stavros had fathered Nikolas. Katherine returned and told Nikolas. Shocked at first, he later accepted the news, glad to be unburdened by his role as 'prince'.

Katherine resurfaced, and she and Nikolas became an item. When she announced she was pregnant, they planned to marry, but unfortunately, this time her death was real, as Helena pushed her off a cliff. Nikolas' evil grandmother didn't feel that Katherine was worthy of her grandson. Nikolas suspected his mother, but later learned the truth. He also discovered that Katherine was playing him, as she couldn't have been pregnant. Medical records revealed she was incapable of conception.

When Lucky was reported killed in a fire, Nikolas consoled Elizabeth. His attraction to her was strong, but out of respect for his brother, he held his feelings at bay. Hearing that Lucky might still live, Liz and Nik traveled to New York where they found him brainwashed by Helena. He later recovered with the help of psychotherapy.

Nikolas' life took another turn when he found that he had really been fathered by Stravos Cassadine. He met his father face-to-face in Helena's lab, where the two evildoers were plotting to freeze the world. The man who had been masquerading as Lucien Cane met his demise at the hands of Luke Spencer, and once again, Nikolas was the Cassadine Prince.

Elizabeth, Lucky, Emily and Nikolas were fast friends, and after his romance with Gia Campbell ended, his attention turned to Emily. Although she was involved with Zander Smith, Nik supported her through her breast cancer battle and saw her marry Zander. When Emily drifted off to sleep, dreaming of her wedding, it was Nikolas she kissed.

Nikolas was believed dead in the Port Charles Hotel fire, but turned up alive, was convinced by Mary Bishop that he was her dead husband, Connor, and had to have hypnotherapy to help him regain his identity. Once Mary was out of the picture, her 'dead' husband turned up and raped Emily. Poor Nikolas was left reeling because he and Connor were mirror images and Emily couldn't bare to have Nikolas touch her after her horrifying experience.

Helena continued to plague anyone romantically involved with her grandson. Emily and Nikolas finally got together after Zander's death, but her life was constantly in jeopardy. The same applied to Courtney, during a rift between Nik and Emily. When Courtney died giving birth to a child, Jax claimed paternity and snatched the baby from Nikolas' grasp. Emily had turned to Sonny Corinthos, but that relationship didn't last because of brother, Jason's, objections to the dangerous life-style.

When Nikolas learned that he was the true father of Courtney's child, he won custody, but Helena's continued interference brought an evil nanny into the picture to be caretaker for the future Cassadine heir. As Emily and Nikolas found themselves being drawn back together, Emily sensed danger and tried to warn him, but he paid no heed. Mysteriously, the nanny resigned, giving them a false sense of security. As the two once again start their life together, Helena lingered in the shadows, posing a threat to their happiness.

Helena was not to be their undoing however, as Emily was murdered by Diego. Nikolas developed a brain tumor which caused him to have hallucinations of Emily. With nurse Nadine's help, he decided to eventually undergo a procedure to cure him, but it also put an end to his visions of the love of his life.

Nikolas and Nadine entered into a brief relationship. He was sidetracked when Emily's unknown twin sister Rebecca came to town. He of course fell for her, but discovered she was trying to swindle money out him and the Quartermaines. Despite her real feelings for Nikolas, Rebecca left town after finding Nikolas in bed with his brother's finacee Elizabeth.

Nikolas and Elizabeth carried on for sometime, but Lucky eventually found out about their affair. Elizabeth then discovered she was pregnant and Nikolas was deemed the father after Helena tampered with the paternity results.

As Nikolas tried to repair his relationship with his brother and be a good father to both his sons, he offered Brook Lynn a job being his escort to various events he was required to attend. Their business relationship turned more personal as he asked her out on a real date and kissed her. However, Elizabeth started to come around again much to Brook's displeasure.

Elizabeth started to doubt Aiden's paternity and had another DNA test done. When she got the results, stating Lucky was the father, Jake ran out the door and was hit and killed by a car.
Nikolas ended things with Brook, citing he needed to spend all energy on his family.

When Elizabeth told Nikolas he wasn't Aiden's father, he refused to accept it. However, he eventually gave Aiden to Lucky in order to relieve any bad blood that could arise between the brothers. He also wanted to spare Aiden any future custody battles. Nikolas left town with Spencer because there were too many bad memories in Port Charles.