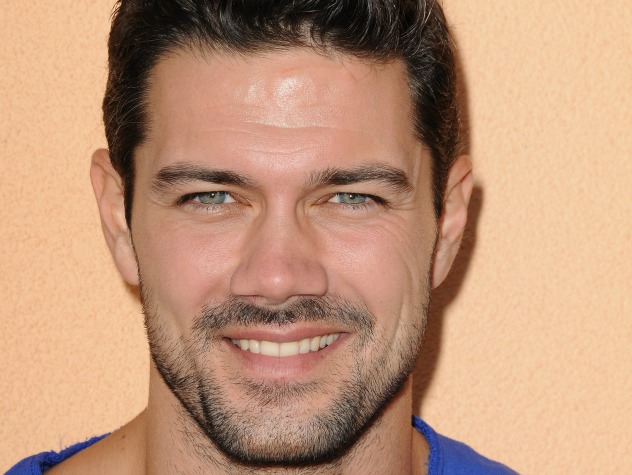 * An NYPD detective who moved to Port Charles to investigate a cold case involving Dr. Silas Clay.
* Sublets Maxie Jones' apartment.
* Is partners with Dante Falconeri.
* Learned his mother was Liesl Obrecht, not Madeline Reeves.
* Learned his father was Cesar Faison, not Victor Cassadine.
* Was the face behind Ask Man Landers.
* Deceased January 31, 2018 from a gunshot wound.

Who's played Nathan West/James Nathan Reeves over the years?

Det. Nathan West's presence was first felt in Port Charles when he began leaving multiple unanswered voicemails for Dr. Silas Clay and Ava Jerome concerning Silas' comatose wife Nina. The cold case landed on West's desk and after some digging he was convinced Silas injected his wife with an overdose of her anti-depressant, sending her into the coma.

Nathan moved to Port Charles to get close to Silas and began subletting Maxie Jones' apartment on New Year's Eve when she left to go find herself. He was partnered with Dante Falconeri on the force and was immediately immersed in the disappearance of Carly Jacks.

Not only did Nathan learn Madeline was his aunt, he was stunned to find out that her younger sister Liesl Obrecht was in fact his mother, making Nathan’s friend Britt his sister. Finding out that Nina was actually in Port Charles gave Nathan some comfort and the two, upon their reunion, vowed to always view the other as siblings.

The next bit of drama came when Maxie’s boyfriend Levi gave them a hard time about their friendship. This didn’t deter Maxie and she and Nathan grew closer as he helped her fight for her daughter Georgie. Levi caused issues between Nathan and Maxie when he accused Nathan of reporting him as an illegal immigrant, which led to Maxie kicking Nathan out of the apartment. Maxie planned to marry Levi to keep him in the country and it was then when Nathan realized he had feelings for her. Upon uncovering that Levi was a conman, Nathan planned to reveal the truth to Maxie but Levi got wind of it and attacked Nathan. Dante located a tied up Nathan and though they made it to the wedding before Levi and Maxie were pronounced husband and wife, chaos ensued. Levi shot Mac then took Maxie and Lulu hostage. Dante and Nathan followed the trail, which led them to the Creighton-Clark Clinic, where Victor Cassadine held Lulu and Maxie and ended up capturing them all. As everyone made their escape, Liesl appeared and told Nathan that Victor was his father. Nathan wanted nothing to do with the man and went in search of Maxie, who had run off ahead of him. When he located her, Levi’s father Peter Harrell threatened to stab Maxie, but Nathan got to Peter and killed him first. This was the beginning of Maxie and Nathan’s love affair and the two started dating.

As with every couple there were bumps along the way, but Maxie and Nathan’s love prevailed. They married in January 2017 and were expecting a child together by the following year. During this time, Nathan agreed to help Nurse Amy Driscoll by being the face behind Ask Man Landers (an advice blog) in order to help raise money for her brother Chet. Maxie wasn’t keen on the idea when she first learned of Nathan’s secret project but then realized all of the perks that could come from being the wife of Ask Man Landers. Not long after, Nathan had learned that Cesar Faison, not Victor, was his father and he agreed to help Lulu Falconeri flush him out of hiding. Though Nathan warned Lulu he didn’t want her involved, due to the danger, she wanted to help, which in turn had her husband Dante insisting on being a part of the mission as well. Nathan planned to use himself as bait to lure Faison out in order to protect his family from the criminal and publically announced that Faison was his father. Things spun out of control when Faison learned about his son and arrived in Port Charles. He kidnapped Liesl, as well as Lulu, then confronted Maxie at Crimson, where Nathan rushed in to save his wife and ended up shot by his father. Sadly, though Nathan made it through surgery, after feeling his baby kick and saying an emotional goodbye to Maxie, he died, leaving many in Port Charles grieving his sudden death.

Family and friends gathered for Nathan’s funeral, where Georgie Jones appeared and led Nathan to the other side.