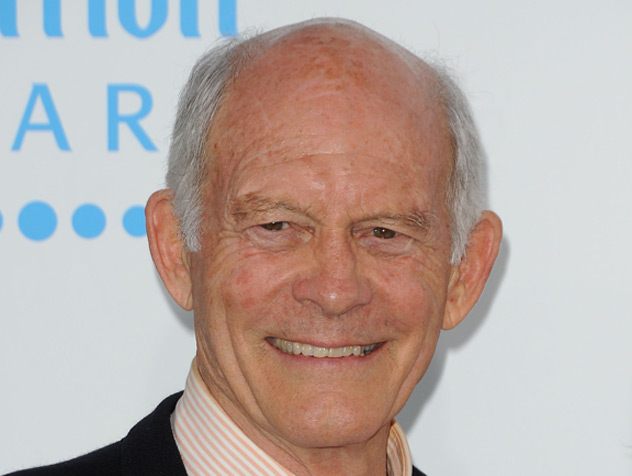 Mike Corbin (as played by Max Gail on General Hospital)

* Mike left Sonny's mother when he was a little boy.
* He came back into Sonny's life in 1995.
* His relationship with Sonny is rocky, but they try to heal old wounds every once in a while.
* Mike has a gambling addiction. His method of gambling is "the tracks."
* He continually has to go to Sonny to pay off his debts to loan sharks.
* Diagnosed with Alzheimer's in 2018.

Who's played Mike Corbin over the years?

Mike came to Port Charles as a seedy character. Luke hired him to work in the blues club that he co-owned with Sonny. As it turned out, Mike is Sonny's long-lost father and he came to town to try to mend fences. That was no easy task because Sonny grew up resenting the father who abandoned him and his mother - leaving them open to the abuse of her new husband, Deke. Over the years, Mike continued to reach out to Sonny and Sonny kept pushing him away.

A very pregnant Carly Benson asked Sonny's right-hand man, Jason Morgan, to pose as the father of her baby. Then she left town to deal with her severe case of post partum depression. Sonny had left the country for a while, so Jason asked Mike to take the role of the baby's godfather. Mike looked forward to having a chance to finally be a positive influence in a little boy's life. Jason named the baby Michael, after Sonny (Sonny's given name is Michael Corinthos Jr. and Mike's name is Michael Corinthos Sr. but he changed it to Mike Corbin years ago.)

Mike became a key player when Ned Ashton, Alexis Davis, Chloe Morgan and Jasper Jacks needed someone to marry Chloe's Aunt Gertrude in order to keep her too busy to get her hands on Chloe's inheritance. Mike was a single and charming man, so he fit the bill. Mike insisted on a huge sum of money for his services, but even that didn't end up to be enough after he spent some time with the very obnoxious Gertrude. Besides, Mike's 'heart was already spoken for - he was growing close to Tammy Hansen. She was an ex-hooker who turned her life around and was running Kelly's Diner.

Mike never quite got ahead of his extensive gambling addiction, and often relies on Sonny to bail him out of debt. Sonny always made Mike feel even more like a loser and one time in particular, Mike didn't want to deal with it. So, he went to a loan shark instead. The loan shark ended up being affiliated with an arch enemy of Sonny's, named Joseph Sorel. Sonny's became a marked man because of Mike's debt and Carly threw herself in the middle of the mess, making it worse - of course! She ended having to marry Sonny to keep from testifying against him. Mike felt so badly about his negative affect on those around him that he went into hiding. Carly sensed that losing Mike again was hurting Sonny, so she set out to find him. He was in a broken down old apartment on Cortland Street. Carly financed his situation so that he could come back to the better side of Port Charles and continue to build his relationship with Sonny, as well as Tammy.

Tammy eventually moved on. Then one of his old flames named Janine Matthews showed up in town to scam Edward Quartermaine out of some of his cash. It wasn't until her daughter Courtney came looking for her that her past with Mike Corbin came to light. Courtney, who grew up without her father, ran into Mike and recognized him from old photographs. He was her father! He had left Janine and young Courtney behind when his gambling took over his life - although he loved them greatly. (Just as he'd loved Sonny and his mother years before.) Janine wasn't pleased to see him again, but Courtney longed to build a relationship with her father so she stayed in Port Charles. Plus, she had a half brother (Sonny) to get to know too. She eventually died just after giving birth to Nikolas Cassadine's son, Spencer.

For a time Mike ran Kelly's diner and lent advice born of a lifetime of experience to the younger set such as Georgie, Lulu, Dillon, and Maxi. However in 2010 when he had another lapse in gambling, Sonny sent Mike to a treatment facility. After completing the program he retired to his old neighborhood in Bensonhurst, NY. In 2018 Sonny received news that his father was mismanaging money and bungling odd jobs. Sonny had his father examined at GH by Dr. Griffin Monroe, who diagnosed him with Alzheimer's. Mike's long-time girlfriend Rita broke things off with him, so Sonny moved him home to Port Charles to care for him. Mike began having memory flashes of a field back in Croton, which is where an eighteen-year-old Sonny buried the body for an old gangster he was working for at the time. Mike mentioned the field was going to be developed, so Sonny and Jason attempted to dig the body up as to not implicate Sonny in the cover-up. The body was missing, and Mike admitted to moving the corpse to protect his son but doesn't recall where to.