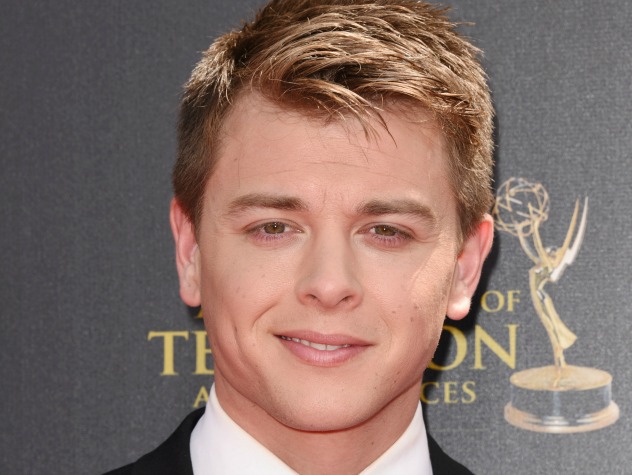 * Recalled seeing Ric Lansing grab his mother when she went missing.
* Saved the lives of his siblings when they were kidnapped.
* Saved his Uncle Jason's life when he collapsed by letting Sam McCall know there was a problem.
* Remained mentally stable despite the string of lies told to him by his biological father.
* Lied and took responsibility for his biological father's death when he actually witnessed someone else do it.
* Frequently vocalizes his objection to a marriage between his mother and Jax.
* Was shot in the head by a bullet that was intended for his father, which left him in a coma for a year.
* Woke up from his coma angry at his mother for not being there when he opened his eyes.
* Killed Claudia when she tried to kidnap Carly's baby.
* Was raped when he went to prison for Claudia's murder.

Who's played Michael Corinthos III over the years?

Michael has been the center of one battle after another since he was born. His mother, Carly, kept his paternity a secret, claiming that it was Jason rather than AJ who fathered her son. Jason stuck to the story to keep AJ from finding out.

Born with a serious heart condition, Michael needed immediate surgery and Jason made the life-saving decision and gave the doctors permission. Jason became a permanent part of Michael's life as the greedy Quartermaine's fought to get access to their newest heir.

When Michael's true paternity was finally revealed, a bitter custody battle ensued between Jason and the Quartermaines. The decision was joint-custody, but Jason feared that his profession would put Michael in harm's way, so he stepped aside.

With Sonny Corinthos marrying Carly, Michael was in jeopardy anyhow. The marriage between his mother and adoptive father was tumultuous, and Michael was always scheming to find ways to get them to reunite.

Michael and his siblings were kidnapped by the evil, Faith Roscoe, but with collective forces, including FBI agent, Reese Marshall, the children who were feared dead were all recovered safely.

When AJ was killed, Michael started having nightmares and imagined that he was the one who killed his biological father. A bout of therapy helped, and it turned out that he had only witnessed the deed.

In his young life, Michael has seen more than his share of violence and hatred. With a mob-boss father, there is always some sort of on-going crisis. Even his maternal grandfather, John Durant, used Michael as a tool to get a conviction against Sonny. Michael is a good older brother, and a loving son to both is parents, as well as Jax, his stepfather.

As his teen years drew near, Michael started to show some signs of wanting to be just like his (mobster!) father. He was caught buying a gun on the waterfront and went on to accidentally shoot his father's fiancee (Kate Howard) with it. She survived and he ultimately came clean about what he had done. Sonny felt responsible for it and tried to turn the page on his business life. He went 'legit' and focused only on his coffee importing business. On the night that he showed Michael his new business, Michael took a bullet in the head that was intended for his father.

Sonny was filled with guilt, but Carly just broke apart. Only after it became clear that their son would never recover from his brain injury did they move him to a long-term care facility in upstate New York.

Michael underwent a controversial operation, which enabled him to wake up from his coma. He had a hard time adjusting to life again and often reacted angrily and violently to situations. When Claudia kidnapped Carly and tried to take off with her baby, Michael swung an axe handle at her head, which killed her.

Carly, Jason and Sonny did their best to protect Michael from the cops and when Sonny was charged with her murder, Michael was sent to the island so he wouldn't confess. However, during Sonny's trial, Dante told the judge Michael was the one who shot Claudia.

Michael was sent to prison where he was menaced by fellow inmate Carter. Jason brokered a deal to be sent to prison so he could protect his nephew. Dante eventually got Michael released early, but not before the damage had been done.

Once free, Michael had trouble fitting in with kids his own age. Sam introduced him to a stripper, Abby, she met while working undercover and despite their age difference, they struck up a close friendship.

Michael saw Abby getting beaten up by her ex-boyfriend and pulled him off her, just as it seemed he was about to rape her. This caused all of his memories of Carter to come flooding to the surface and he eventually confessed to Jason and his mother that he was raped in prison.