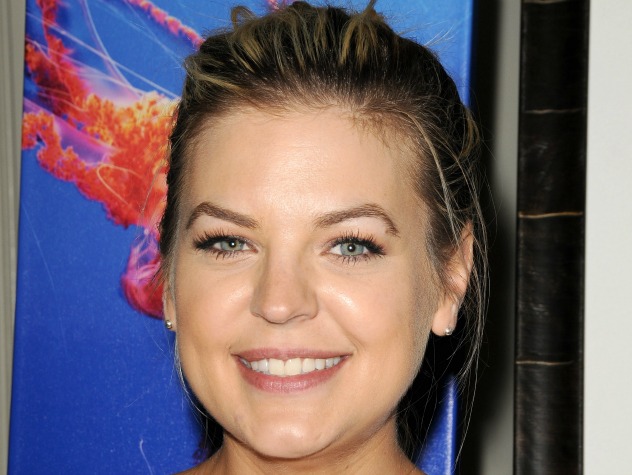 * Marital Status - Single.
* Mariah Maximilliana Jones. (full name)
* Severe illness as a child resulting in the need for a heart transplant. (1994)
* Stole a bottle of pills from General Hospital. (August 2003)
* Aided and abetted fugitive Zander Smith. (January 2004 to February 2004)
* Attempted to steal a bottle of pills for an ailing Zander. (February 3, 2004)
* Supplied pain pills to drug-addicted, Lucky Spencer, with hopes of winning him away from his wife, Elizabeth.
* Works for Kate at Crimson.
* Had a non-wedding to Spinelli.
* Slept with Franco.
* Got pregnant as a surrogate for Dante and Lulu.
* Made love with Spinelli.
* Gave birth to Spinelli's child but has decided to let Dante and Lulu think the baby is theirs.

Who's played Maria Maximiliana “Maxie” Jones West over the years?

Maxie was four years old when she became ill and needed a heart transplant to survive. Her parent's, Felicia and Frisco, were estranged, and Mac Scorpio went in search of her father and brought him back to Port Charles. While waiting for a donor, Maxie's cousin, BJ, was in an accident that left her brain dead. There were mixed emotions as a devastating occurrence gave Maxie a chance at life.

Felicia had wanderlust and frequently left the girls in her mother's charge. Maxie resented Felicia for leaving, and when she returned, Maxie was reluctant to let her back into her life. She finally relented, really wanting and needing her mother.

When Mac and Felicia married, Maxie and her sister, Georgie, were elated to be a family, but it didn't last long. Felicia left on another adventure, and Mac took the girls to Texas to live with their grandmother. When Felicia tried to reconnect with her daughters, Maxie wanted nothing to do with her. It took a lot of persuasion, but Felicia brought the trio back to Port Charles.

Mac sued for divorce and custody, and Maxie wanted him to win. When he dropped the custody battle, she blamed her mother.

Maxie's tumultuous childhood led to troubled teenage years. She formed an attraction for Kyle, who used her, then she fell in love with a young police officer who was later murdered. Her latest attraction is Lucky Spencer, and she has no regard for the fact that he is married.

When Lucky was injured and became addicted to painkillers, it was Maxie who scored the drugs for him, even enticing him to sleep with her. She claimed their liaison resulted in her pregnancy, and she is determined to keep him from reuniting with his wife, Elizabeth, who was also supposedly carrying his baby. Maxie was eventually exposed.

After her sister Georgie died, Maxie went into a tailspin, but also became close with Spinelli, who Georgie was very fond of. Maxie got a job as Kate's assistant at Crimson and she and Spinelli eventually fell in love. They became engaged and almost got married, but Spinelli called it off when he realized she was only going through with it for him.

They remained non-husband and wife for some time, but the allure of bad boy Franco was too much for her and she slept with him, before realizing he was a psycho killer of course. Spinelli forgave her, but their relationship remained uneasy. They both played games with each other in order to keep the spark alive, but each one backfired. Spinelli's scheme landed Maxie in the hospital and Maxie's scheme drew her to Dr. Matt Hunter, who she began dating after breaking up with Spinelli.