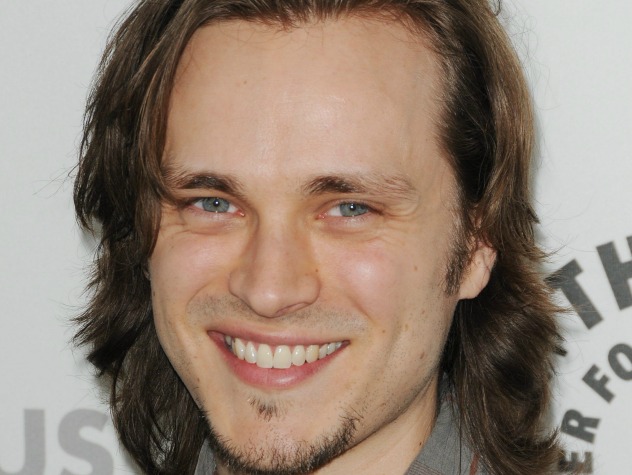 * The first born of Luke and Laura.
* Was originally at odds with half-brother Nikolas, but has formed a tight bond with him over the years.
* Helped Elizabeth after she was raped as a teenager. They fell in love and have reunited and broken up many times since.
* Attacked Jason Morgan with a knife while under the influence of Helena's brainwashing. He also started a fire to break out of jail, poisoned his cousin Lucas, and injected his dad with a deadly virus. (2001)
* Discovered Rick Webber dead in the Jones' garage attic, and fearing that his was responsible, he got Nikolas and Gia to help him stage a car accident as the cause of Rick's death. (August 2002)
* Got addicted to pain killers and convinced Maxie Jones to be his supplier. He slept with her and thought she was pregnant with his child. Caused a rift in his marriage with Liz.
* After divorcing Elizabeth, became involved with Sam.
* Is the father to both of Elizabeth's boys even though he knows he isn't biologically their dad.
* Reunited with Elizabeth until she slept with his brother Nikolas.
* Went undercover in Ireland where he met and eventually married Siobhan.
* After Siobhan's death, Lucky returned to Ireland.

Who's played Lucas “Lucky” Lorenzo Spencer Jr. over the years?

Lucky spent the first ten years of his life on the lam with his parents. Luke and Laura were always just one step of ahead of Luke's ex mob boss. To keep Lucky safe, they sent him back to Port Charles to stay with Luke's Aunt Ruby, unfortunately, Frank Smith (the bad guy) found him there. Another youngster, Sly, whom Lucky had befriended, hid him in the catacombs, and in a hail of bullets, Sly's dad was killed, mistaken for Luke Spencer.

During a peaceful period, Lucky's younger sister, Lulu was born, and Lucky was delighted to have a baby sister. His elation ended when his mother revealed a second son fathered by Stravros Cassadine. At first, rather than a sibling, Lucky considered Nickolas a rival for his mother's affection and someone with his same taste in girlfriends: Sarah Webber. In time Lucky and Nikolas bonded and became real brothers.

The same evil forces that plagued Luke and Laura followed Lucky. He was presumed dead for a time, brainwashed by Helena Cassadine in an attempt to get him to do her evil bidding, and underwent psychoanalysis to regain his sanity.

In his adult years, Lucky became a cop, straining his once tight relationship with his father.

Lucky was drawn to his real love, Elizabeth Webber after she was raped by an unknown assailant. Their history has blossomed and faded throughout the years, with both of them subjected to the lure of outside forces. For Liz, it's been Jason Morgan and for Lucky, Maxie Jones. Lucky fell prey to her plan to win him away from Elizabeth by becoming dependent upon pain-killing drugs. Maxie stole them from General Hospital's supply to keep him addicted to the pills - and her company. In their co-dependent relationship, Lucky believed to have impregnated Maxie, but she was only lying to him to keep him away from Elizabeth.

After learning of his affair, Elizabeth turned to Jason and became pregnant. Believing the child was his, Lucky went to rehab and Elizabeth kept up the rouse out of fear of Jason's lifesytle and of Lucky relapsing. Once he completed rehab, Liz and Lucky reunited.

However, they broke up again when Elizabeth continued to be pulled into Jason's orbit and he had an affair with Sam. When he learned of Jake's true paternity, Lucky agreed to keep the secret.

Lucky and Liz remained friendly until he began dating Emily's look-a-like Rebecca. Elizabeth became jealous and they started seeing each other again. Despite Elizabeth's affair with his brother Nikolas, the two became engaged. Lucky eventually found out and disowned them both.

In the aftermath, Lucky went on a downward spiral, but he eventually pulled himself together. When Elizabeth became pregnant Helena tampered with the paternity results to make it appear Nikolas, and not Lucky, was the father.

Lucky started to move on and took an undercover assignment in Ireland to track the Balkan. He met Siobhan, who came to the States with him for her safety. They became involved, but he eventually discovered she was being forced to work for the Balkan because he had her sister. Lucky worked with Siobhan to free her sister and the Balkan threat eventually subsided.

In order to keep Siobhan in the country, Lucky offered to marry Siobhan. She eventually agreed, but on the day they were to be married, Jake was struck by a hit and run driver and died. It eventually came out that Luke was the driver.

Siobhan was killed when Anthony realized she knew too much about his drug ring, which Lucky was investigating. Lucky returned to Ireland after reading a letter Siobhan had written before her death instructing him to go to a church where he would receive a message from beyond. Lucky found a message written in rocks to go home because Aiden was ill. He called home and ordered Luke, who answered the phone, to take his son to the hospital. Aiden was diagnosed with a blood disorder, treated and recuperated.

Lucky decided he needed to return to Ireland, despite Elizabeth's attempts to keep him close to her. He told her they were over, said goodbye to his boys and left town.