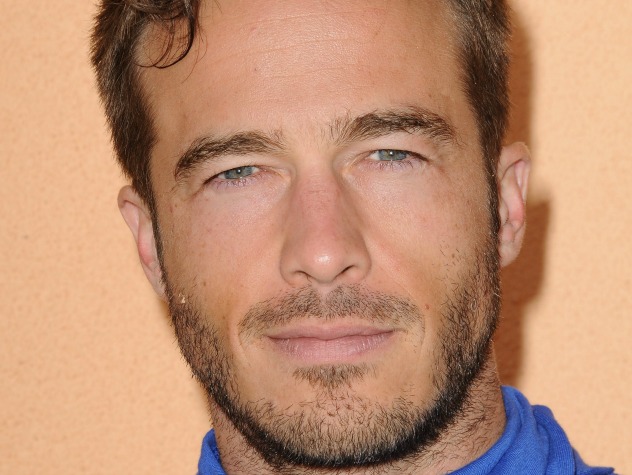 Lucas Jones (as played by Ryan Carnes on General Hospital)

* Biological son of mobster Julian Jerome and Cheryl Stansbury.
* Bought by a desperate Bobbie Spencer when her adoption fell through.
* Was originally thought to be the biological son of Robert Scorpio.
* Was returned to his mother Cheryl, but when she died in a car accident, he was taken in by her sister Tiffany Hill and her husband Sean Donnelly.
* Was adopted by Bobbie and Tony Jones after Cheryl's will was read.
* Was diagnosed with juvenile diabetes.
* Drugged by Helena Cassadine to blackmail Tony Jones.
* Had a learning disability.
* Had a crush on his adopted cousin Maxie Jones, while at the same time her sister Georgie Jones had a crush on him.
* Came out as gay in 2006.
* Moved to Seattle after Tony died.
* Learned his biological father Julian was really alive when he returned to Port Charles in 2014.
* Was sexually involved with Brad Cooper.

Who's played Lucas Jones over the years?

Lucas was born to Cheryl Stansbury. She was told he was stillborn when he was really sold to Bobbie Spencer after an adoption she was planning fell apart and she was desperate for a baby.

Cheryl began to see herself in baby Lucas, as well as Robert Scorpio, the man she thought was the father of her dead child. Bobbie began to investigate Lucas’ background after he was diagnosed with juvenile diabetes, and learned he really was Cheryl’s son. At the same time, Cheryl began to doubt her child really died at birth and hired Robert to dig up the truth. Cheryl led Robert to believe mobster Julian Jerome was the baby’s father. Of course, she thought this was a lie when it was really the truth.

Robert found out that Lucas was Cheryl's baby and was able to prevent Bobbie from skipping town with Lucas. Robert gave Lucas back to Cheryl. She told Robert he was the baby’s father, but a DNA test said otherwise.

After Cheryl died in a car accident, her sister Tiffany Hill and her husband Sean Donnelly returned to Port Charles to care for Lucas, but Cheryl left the baby to a shocked but elated Bobbie and Tony in her will. Tiffany did everything to gain custody of Lucas, even disclosing Bobbie's prostitute past during a custody hearing. Sean refused to testify because of his disgust with Tiffany’s tactics. Bobbie and Tony were left to raise Lucas, but they eventually divorced in 1996.

In 2001, Lucas was poisoned by Lucky Spencer at Helena Cassadine’s bidding in order to control Tony. Tony agreed to do whatever Helena asked in exchange for a cure for Lucas. Tony discovered that Helena was keeping her son Stavros cryogenically frozen in a secret lab underneath the hospital. Tony turned to Luke Spencer for help, and he was able to get Lucas’ cure.

After a few dating mishaps with his adoptive cousins Maxie and Georgie Jones, Lucas came out in 2006. Tony readily accepted Lucas, but died a few months later, which devastated Lucas. He moved to Seattle shortly after, and Bobbie followed.

Bobbie returned to Port Charles when her daughter Carly Jacks went missing. Back in town she learned that Lucas’ mobster bio-dad Julian was still alive. She tried to hide it from Lucas, but Julian had learned about Lucas and was intent on meeting his son. Lucas came back to Port Charles to give Bobbie support and was shocked to learn about Julian. He went out to The Floating Rib for a drink where he met Brad Cooper. The two commiserated over being adopted out of mobster families. The two had a one-night stand. Lucas wanted more, but Brad told him he was interested in another man, Felix DuBois.

When Felix broke a date with Brad, Brad went out for a drink with Lucas instead and they ended up back in bed.

Lucas went to visit Tony Jones’ grave on the anniversary of his death and ran into Julian. Their relationship was already strained, and when Lucas told Julian he was gay, he did not react well. Julian assumed if he had been in Lucas' life Lucas might be straight.