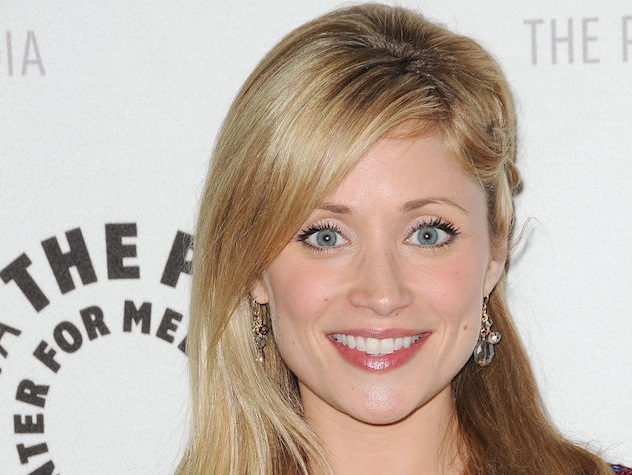 * Stole money from Skye Chandler's wallet. (28 Nov 2005)
* Stole 15,000 from Tracy Quartermaine. (2 Dec 2005)
* Maladies and Hospitalizations.
* Hospitalized with aplastic anemia as a child.
* Fell ill during the encephalitis plague that hit Port Charles.
* Became pregnant after sleeping with Dillon Quartermaine, but had an abortion.
* Is close with her stepmother Tracy.
* Had a breakdown and was institutionalized.
* Fell in love with and married Sonny's son Dante.

Who's played Lesley Lu “Lulu” Spencer Falconeri over the years?

Lulu was diagnosed with a rare form of anemia shortly after she was born. When Luke and Laura, as parents, failed to be blood-marrow donor matches, Laura was forced to track down Nikolas, the son she bore with Stavros Cassadine. A serious rift in Luke and Laura's marriage developed when Luke learned of Laura's big secret.

When Laura had her breakdown and was confined to an asylum, Lulu was sent to live with her grandmother, Lesley. Growing up with an absent mother and father always off on an adventure was not ideal.

Lulu became a rebellious teenager and too much for her grandmother to handle. Lesley finally forced Luke to take responsibility for his daughter, and left LuLu in his charge. The hostility between her and her stepmother, Tracy, didn't do much to make Lulu feel loved and cherished.

After forming a romantic attachment to Dillon, Lulu paired with Diego Alcazar to break up Dillon and Georgie's marriage. Diego had his eye on Georgie, so Lulu lied, telling Dillon that she witnessed his wife having sex with Diego. Dillon believed her and split with Georgie. To repay Georgie's betrayal, he slept with Lulu.

Lulu finally admitted she had fabricated the whole story, but also confessed that she was pregnant. Despite Dillon begging her to have the baby, she refused, knowing he would never love her like he loved Georgie...and still did. Lulu had an abortion and found out that the nightmare was only just beginning. Now she had to live with her conscience.

After so many years of missing her mother, and growing into a young woman, Lulu greeted Laura after she awakened from her catatonic state. They shared tears of joy, and Lulu feared her mother would condemn her for having an abortion. When she finally confessed, Laura hugged her and told her had she been there, she would have supported her decision. This time, Lulu got to attend her parent's wedding.

Alas, the mother-daughter reunion was short lived, as the medication that Laura was given was only short term, and she soon slipped away again. Before Laura's mind went to asleep again, Lulu made a promise to her that she would uncover the truth about Rick Webber's death.

Lulu became involved with Logan Hayes, but when it ended, he went crazy and Lulu stabbed him to death in self defense. Johnny Zacchara, who Lulu started seeing, confessed to the crime. He was eventually acquitted of all charges, but Lulu suffered a breakdown. She went to Shadybrooke where she was reunited with her mother who again broke free of her catatonic state. Laura eventually move to France for treatment.

After much drama and angst, Lulu and Johnny broke up. Lulu began working as Kate's second assistant at Crimson magazine and began dating Dante Falconeri. Lulu stuck by Dante after he was was shot by Sonny, learned Sonny was his father and was outted as an undercover cop.

When Brenda came back to town, Dante lied to Lulu that he never met her before. A vengeful Carly (angry that Dante had a hand in putting Michael in prison) made sure Lulu found out Dante had been Brenda's bodyguard in the past. Carly also discovered Dante and Brenda had an affair, but that was something Dante continued to lie to Lulu about. The truth eventually came out: Dante was falling for Brenda, but never slept with her. Lulu eventually forgave Dante for his lies.

Dante stuck by Lulu after Luke accidentally killed Jake during a hit and run. Everyone blamed Luke's alcoholism, but Luke insisted he wasn't a drunk. They held an intervention, which sent Luke running out of town. Lulu searched for him, which landed her in the bordello Luke grew up in. Dante accompanied her and protected her from the sleazy brothel owner Javier.

When they returned to Port Charles, Dante asked Lulu to move in with him. However, she couldn't get past him not telling her about Lucky falling victim to drugs again and broke up with him. Dante was undeterred and asked her to marry him. As she pondered that proposal, Dante was shot by Anthony Zacchara in Sonny's warehouse.

As Dante recovered, Lulu accepted his proposal, but was leery of marrying a cop. She started drinking, but eventually realized she loved Dante enough to accept the risks of his job. They married in an intimate setting in a Bensonhurst church with just Olivia in attendance. Of course, Olivia invited her whole family, who hid during the ceremony, but celebrated with the couple afterwards.

Even though Lulu was happy being married to Dante, she felt lost. She started drinking a little too much wine as she tried to figure out what her next career move should be. After getting called out on her frequent liquid lunches, she had a serious talk with Luke about alcoholism and her future. She slowed down the drinking and continued her quest for purpose. Dante and Lulu decided to have a baby but had problems. They wound up turning to Maxie to act as their surrogate but she ended up pregnant with Spinelli's baby. Lulu was abducted by Stavros' Cassadine following a lengthy and mysterious courtship. He wiped her memory and 'married' her. She was soon rescued by Dante and her parents but had no idea who they were.