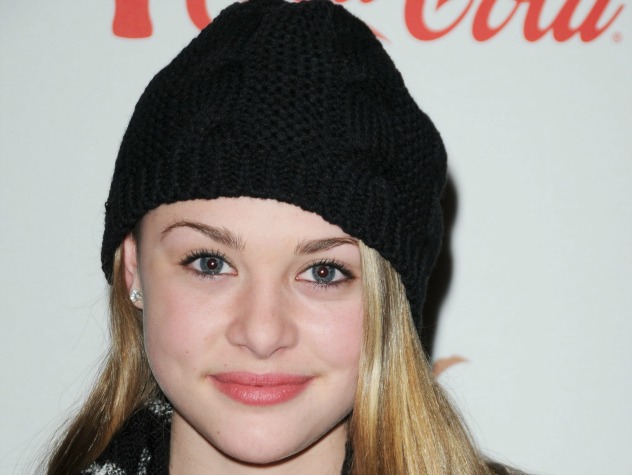 * Came to town as Lauren Frank, the name her mother Ava Jerome raised her with.
* Her online gambling name was JeromeAroundTheWorld.
* Was 21 when she came to town.
* Fought an attraction to Michael Corinthos when she thought he was her cousin.
* Married Morgan Corinthos August 2013. Their marriage was annulled two months later.
* Grew up believing Franco was her father. It was really Dr. Silas Clay.
* Kept from Michael and Franco that Sonny slept with Carly.
* Walked in on Michael having sex with Rosalie Martinez.
* Was prepared to raise her sister Avery when her mother was imprisoned and later thought dead.
* Concocted a plot with Morgan to make Michael appear like an unfit parent when he won custody of Avery.

Who's played Lauren Katherine “Kiki” Jerome over the years?

Lauren Katherine "Kiki" Jerome was first referred to in Port Charles in 2009 when Franco mentioned a daughter to Carly Jacks Corinthos during a run-in at Christmas tree lot. But the character did not first appear in person until May 2013. The daughter of art dealer Ava Jerome, she told Kiki that her father was the artist Franco but she was kept apart from him her entire life. Her mother kept her sheltered, but that didn't stop Kiki from getting into mischief. While a student at Vassar, she met Vanderbilt student Morgan Corinthos while gambling online and encouraged him to play risky. He quickly got in over his head and was taken out of school by his parents, Sonny Corinthos and Carly Jacks, and Kiki followed him to Port Charles. Neither knew their meeting was manufactured by Ava, a member of the Jerome crime family.

Kiki and Morgan began dating and stayed with Morgan’s brother Michael Corinthos in Port Charles. It was revealed that since Kiki’s father Franco was really a Quartermaine, so was Kiki. She and Michael bonded over their family connection while fighting a growing attraction for each other. And despite thinking they were cousins - Michael was also a Quartermaine - the two shared a forbidden kiss. They tried to forget about their attraction and Kiki moved out with Morgan and into the boathouse of the Quartermaine estate.

Kiki met her father Franco when it appeared he had begun dating her mother Ava again. Kiki tried to avoid the odd couple while also pushing thoughts of Michael out of her head. After Franco was attacked, a brain tumor was discovered. His doctor, Silas Clay, was actually Kiki’s father but neither one of them knew. Morgan found out but kept the truth from Kiki in order keep her thinking she was related to Michael. He asked Kiki to marry him and she accepted. Morgan pushed for a quickie at the courthouse and moments after they tied the knot Michael arrived with the truth – that Silas was really Kiki’s pop. It soon came out that Morgan had known the truth and Kiki ended their marriage.

Free to date Michael, Kiki moved in with him. At first she worried about Morgan but that ended fast when she learned he was sleeping with her mother. She grew close to Franco, which bothered Michael to no end. And when Michael’s mother Carly went missing it tested their relationship because he was sure Franco was to blame. Kiki moved in with her father Silas while she and Michael slowly reconciled.

Kiki began to be sexually harassed and aggressively pursued by Luke Spencer’s imposter Fluke. Michael was grieving for the death of his father AJ Quartermaine so Kiki turned to Morgan for help dealing with the problem. She even tried to help Ned Ashton prove Fluke’s ways to Tracy Quartermaine but they failed.

When Morgan learned Ava was pregnant with either his child or his father Sonny’s he turned to Kiki for help. She was having a hard time dealing with the return of Silas’ thought-dead wife Nina so Morgan offered her a place to stay with him, renovating an old brownstone in a redevelopment project developed by Michael at ELQ.

Kiki grew close to her mother again during her pregnancy and worked with Morgan to try to protect her from Sonny. When Kiki accidentally found out that Carly had cheated on Franco with Sonny she was upset, but agreed to keep their secret from Michael against her better judgement. It blew up in her face when Franco exposed the affair at his wedding and Michael realized Kiki had been lying to him. He jumped into bed with Rosalie Martinez and Kiki walked in on them having sex. He had no interest in reconciling with Kiki and she left in despair.

After Nina induced Ava’s labor and stole her baby, Kiki worked with Morgan, Silas and Ava to get her little sister back from Nina and Franco. They find out the baby belonged to Sonny, not Morgan, but with Sonny and Ava both in jail at that point Morgan and Kiki decided to keep baby Avery. Michael was furious when Sonny was pardoned from jail and decided to fight for custody of the baby as revenge. Michael won, and Kiki and Morgan plotted together to make Michael appear like an unfit father to get the baby away from him.