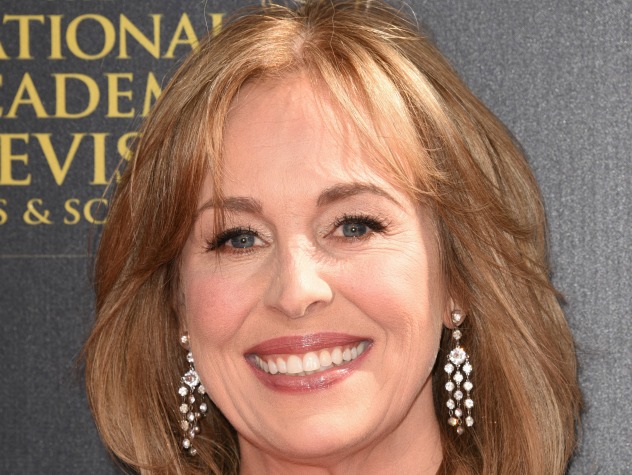 Laura Spencer (as played by Genie Francis on General Hospital)

* Was initially raised by the Vinings, but the adoption was invalid.
* Laura Vining. (name from birth through teens)
* Laura Webber. (maiden name from her teens)
* Marital Status - Single/Divorced.
* Accidentally killed David Hamilton after he told her that he loved her mother and not her. (1978 as a teenager)
* Raped by Luke when she worked for him at the Campus Disco. (1979)
* Accidentally killed Theresa Carter, a mistress of Rick's, when she caught them together in the garage attic. (as a teenager)
* Arrested for the murder of Damian Smith. (not guilty - 1996 - charges dropped)
* While suffering from a mental breakdown, she killed Rick Webber.
*Had mental breakdown - now in a catatonic state. (2002)

Who's played Laura Spencer over the years?

The first twelve years of Laura's life were spent being raised by Jason and Barbara Vining. Her mother, Dr. Lesley Williams believed her daughter had died at birth and didn't discover the truth for quite some time. When she did, she demanded her maternal rights, and Laura moved in with her. It was hard leaving the only parents she'd ever known, and all her friends.

Laura was so distraught that Lesley finally relented and let her return to the Vinings, but she pined terribly for her daughter. Unbeknownst to Lesley, her husband, Cameron, had paid that family to move away.

When Lesley wed Rick Webber, he aided in the search for Laura. They eventually found her in a commune. Her personalty had been seriously altered, and Rick and Lesley took her back to Port Charles. With lots of explanation and love, Laura adjusted to her new parents.

It was there that she met and married Scotty Baldwin. He was a law student and Laura took a job at Luke Spencer's disco to help defray costs. One night, when the disco was empty, Luke asked Laura to dance. His emotions got the better of him and he ended up raping her. Laura refused to identify her rapist and somehow forgave Luke, although he didn't forgive himself. She wrote him a letter, fully pardoning his actions, and when Scotty happened upon it, he tracked Luke down and punched him so hard, Luke fell off the bow of the yacht on which his wedding was scheduled to be held that same day.

Laura and Luke crossed paths frequently, and the romantic tension was always there. Scotty had run off, and Laura went to work for ELQ, only to find Luke worked there, too. They finally realized they were meant to be together. The adventures they shared were numerous, including stopping Mikkos and Helena Cassadine from freezing the world. The day of their wedding, the entire town turned out, including Helena who came only to cast an evil spell on the duo.

Life was never dull. Laura was kidnapped, believed Luke was dead, forced to marry Stavros Cassadine, and conceived her son Nikolas. When she discovered that Luke was alive, she chose to leave her child behind and reunite with the love of her life.

The next several years were a blur as they traveled the globe, evading danger. Lucky was born in Texas and the three disappeared for nine years. It was then they decided to return to Port Charles. They still existed in a tumultuous world. Laura was arrested for murder, but acquitted, and eventually gave birth to Lesley Lu. The child was born with a bone marrow disease, and Laura was forced to find Nikolas to save her daughter's life. She had kept his paternity a secret.

Stavros Cassadine had kept Laura's mother in a catatonic state for a long time, and his mother Helena brainwashed Lucky. It was no wonder that when Luke discovered that Nikolas was a Cassadine, he found it hard to love him. There always seemed to be something in the way of their happiness, and eventually they divorced, only to reconcile years later.

Just before they were too re-wed, Laura confronted her step-father in the attic about her belief that he killed his lover there. Laura had been having recurrent memory flashes and losing her grasp on reality for some time. When he approached her with a hypodermic needle, she grabbed a heavy candlestick, hit, and killed him. The tragic event caused Laura to have a complete mental breakdown and she was institutionalized for a number of years, diagnosed in catatonia.

After years of grieving Laura's condition, Luke allowed Dr. Robin Scorpio to inject Laura with an experimental drug. The medication brought Laura out of her catatonic state, allowed her to reunite with her children, and gave her the opportunity to catch up on lost years.

Unaware that Luke married Tracy Quartermaine, Laura proposed, and he accepted. He hired a fake minister, and as Laura slipped away again, they exchanged vows and one last kiss. Helena Cassadine lurked in the shadows, casting yet another evil spell on the two lovers.

The medication Laura was given was short-term, and almost immediately she began to return to her previous state. The family planned one last and early Christmas together, but with her time running out, Laura wanted to maintain her dignity and sign herself back into the mental facility. Once again, Luke kissed his beautiful Laura on the forehead and left her sitting in her rocking chair, oblivious to everything around her.