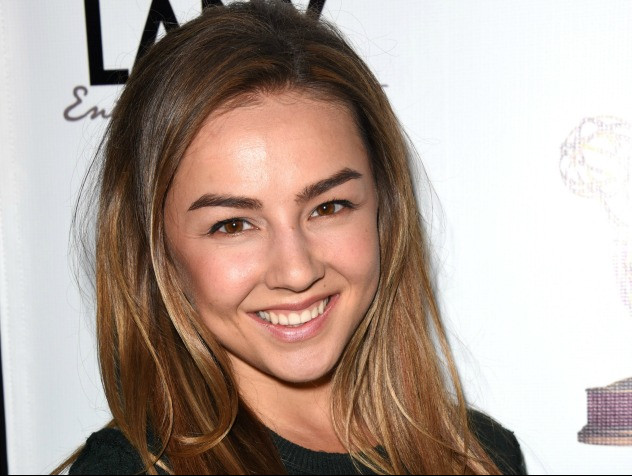 Kristina Corinthos-Davis (as played by Lexi Ainsworth on General Hospital)

* Her father is mob boss Sonny Corinthos, who she has limited contact with.
* Went into a trance after witnessing Sam shoot Diego.
* At sixteen, she started acting out by going to bars and manipulating her parents.
* Was abused by boyfriend Kiefer.
* Developed a crush on an older Ethan.
* Went to Yale.
* Star of reality show “Mob Princess,” and married her producer Trey Mitchell.
* Devastated when Trey was killed in a car accident.
* Went to Wesleyan University.
* Returned to Port Charles in October 2015.

Who's played Kristina Corinthos-Davis over the years?

When Alexis Davis discovered she was pregnant by mobster Sonny Corinthos, she tried to pass her daughter, Kristina, off as Ned Ashton’s, who agreed to go along with the ruse. When the truth came out, a custody battle ensued, which Alexis eventually won.

Alexis did her best to keep Kristina away from her father’s violent world, but she was still subjected to witnessing her sister, Sam, shoot and presumably kill Diego Alcazar. The trauma of the event left her in a trance-like state for a few weeks. She later went mute again when she saw that Diego was actually still alive.

Kristina was only seen periodically afterwards until she became a teenager. Although a good student, Kristina began acting out by going to bars, sneaking pot into Michael’s hospital room and coming on to Jason, as a result of her absentee father and overbearing mother. After he came out of his coma, Kristina became close with her brother Michael.

She started dating Kiefer, but after becoming jealous that he was with another girl, she accidentally ran her step-mother Claudia off the road, causing her to lose her baby. She then took off to Mexico with Michael.

Once she returned to Port Charles and everything died down, she took up with Kiefer again, but he became possessive and controlling. She hid the fact that he was hitting her, until he beat her so severely she had to be taken to the hospital. Ethan was the one who discovered her and although she she had a crush on the older man, she told everyone Ethan had beat her, fearing what Sonny would do to Kiefer. The fact that Ethan recently rejected her might have played into that as well.

It eventually came out that Kiefer was the one who was abusing Kristina. While Alexis was rushing her daughter to the hospital after another attack, she accidentally hit Kiefer with her car, killing him.

The events with Kiefer continued to haunt her, but in order to get back at her father, Sonny, who she had many issues with, she pretended to be dating his enemy Johnny Zacchara. In order to keep them apart, Sonny planted a bomb in Johnny's car. It went off while Kristina was with Johnny, but neither were seriously hurt.

Despite the bombing and his later shooting Johnny, Sonny and Kristina began working on rebuilding their relationship. She was even a bridesmaid in his wedding to Brenda.

Kristina remained attracted to Ethan and very close with her mother Alexis and sisters Sam and Molly. She later underwent surgery for an issue stemming from the car bomb. She recuperated and then, on Alexi's request, Sonny pulled strings to get her accepted into Yale.

Kristina kept to herself while at Yale and had little interaction with her family. She returned to Port Charles in 2013, furious with Sonny for pulling strings to get her into Yale, so she had dropped out. She had a reality TV crew along with her, led by student producer Trey Mitchell. Her parents reluctantly signed off on the “Mob Princess” production.

Kristina wanted to end filming after Sam Morgan’s baby died but Trey wanted to use the drama in the show, as well as her brother Michael’s prison past. Kristina finally admitted to Michael she had a crush on Trey but he wanted their relationship to only be about the show. After Kristina and Trey disagreed about including Kate Howard’s struggle with her alternate personality Connie Falconeri in the show, and how she thought she killed Starr Manning’s boyfriend and child, things were strained between them.

Trey finally admitted to Kristina he wanted to pull the plug on “Mob Princess” so they could date, Kristina was elated. Together they got through things when her mother nearly died and when his father was incarcerated. Trey’s father pushed for a full season of the show to help financially and told Trey to marry Kristina to get a great finale.

Kristina and Trey eloped in Vegas and just after the wedding Michael and Starr arrived to reveal Trey’s father was mobster Joe Scully Jr., who had a past with Sonny. Trey denied any knowledge of this and Kristina believed him. They consummated their marriage and grew even closer. But not long after Trey confessed to Kristina that Kate was his mother.

Joe kidnapped Kristina and Trey saved her life. Eventually her family began to warm to Trey despite his father’s wrongdoings. When Trey was offered a job in Hollywood Kristina was going to go with him, but he was killed in a car accident involving his mother Kate/Connie. Kristina threatened to kill Connie with a baseball bat and Connie pressed charges. Kristina was ordered to serve community service and afterwards, she left Port Charles to attend Wesleyan University.

Kristina returned to town after her father Sonny was paralyzed in a shooting in October 2015.