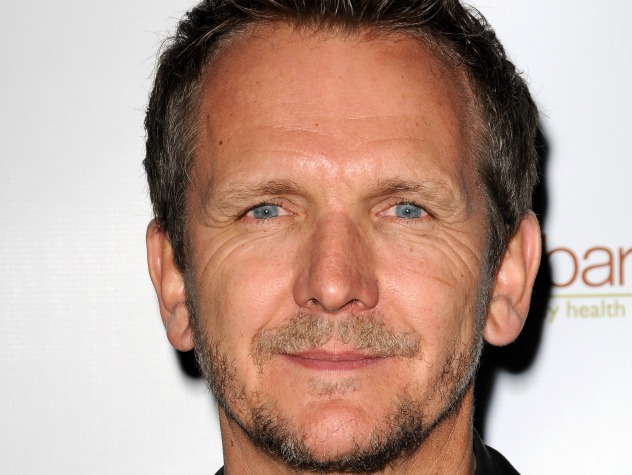 Jerry Jacks (as played by Sebastian Roche on General Hospital)

* Was once engaged to Bobbie Spencer.
* Poisoned the Port Charles water supply to extort money.
*Conspired with Cesar Faison and Dr. Obrecht to abduct Dr. Robin Scorpio-Drake.
* Returned to Port Charles under an assumed identity - James Craig - who orchestrated the Metro Court hostage situation.
* In order to escape his many enemies, he changed his facial appearance by having cosmetic surgery.
* He had to leave town in order to avoid prison time.
* Thought to have died in an explosion on a freighter that he set up to kill Sam McCall.
* Loves Jax and their mother, but is an evil man who cares for no one else.
* Was mortal enemies with Jason Morgan.
* Assumed identities over the years: James Craig, James Brosnan and Mr. Moreau.
* Presumed dead numerous times.

Who's played Jerry Jacks over the years?

After Jerry nearly died in a car crash many years ago, he and his true love, Bobbie Spencer, planned to marry in 1999, amidst his promises that his illegal activities were behind him. Jason and Sonny were able to learn that he was laundering money for crime lord Moreno. Jax frantically tried to save his brother from arrest. Roy DiLucca, in trying to bring down Sonny, gave the FBI a series of account numbers that led them straight to Jerry. He was arrested in the middle of his wedding to Bobbie. Jerry asked Bobbie to run away with him, but she refused. Jax got him out on bail and Sonny managed to help him skip town after a tearful good-bye to Jax on the docks. Bobbie missed the chance to say goodbye, showing up moments after his departure, but he called her later. Jerry last made his presence known by sending Bobbie a Christmas gift shortly after going on the run.

Jerry didn't resurface in Port Charles until 2007, only he had a different appearance because he had plastic surgery as a disguise. He went under the alias of James Craig and was the mastermind behind The Metro Court hostage crisis. He held several people hostage and even shot Robin Scorpio in the process. After a long stand-off, he and his posse were able to escape and the town picked up the pieces. Later, he appeared at Nikolas Cassadine's mansion and demanded that his presence be kept a secret while he continued his nefarious business. Nikolas had no choice but to allow it because Jerry had set up a plan so that Emily Quartermaine (Nikolas's fiancee) would be framed for money laundering in the event of his death. Eventually, Jerry was able to re-enter Port Charles society and convince everyone that he was indeed Jerry Jacks and not James Craig. The PCPD was skeptical, but there wasn't enough evidence other than the fact that he looked like the villian.

Jerry was able to become somewhat mainstream by late 2007 and even dated the District Attorney Alexis Davis. Jax enjoyed having his brother back but never trusted that the guy wasn't in some kind of trouble. Sure enough, Jerry was doing business with the Russian mob and ended up taking Sam McCall hostage on a Russian cargo ship in an effort to slip out of town while everyone thought he had died in an explosion.

Soon after his so-called death, Claudia Zacchara received DVD's with Jerry threatening her that he had hidden proof of her part in the shooting of young Michael Corinthos in her husband Sonny Corinthos' house. She wanted her marriage to work and knew that Sonny would kill her if he found out that a year prior she had arranged a hit that ended up putting his son in a coma. Jerry returned to Port Charles in April of 2009 to torment her some more. Claudia planted an explosion to kill Jerry, but he only suffered minor injuries and took off.

Believing Michael was responsible for her miscarriage, Claudia called Jerry to go after him. She tried to call it off when she realized she was wrong, but Jerry was already on the hunt. He ended up kidnapping both Michael and Kristina. During this time he got into another battle with Jason and left town once again after shooting him.

Jerry returned to Port Charles once again to collect the remains of The Balkan's son and to seek revenge on Brenda. He is presumed dead when an unknown assailant shoots him and he falls in the water and disappears. Jerry wasn't seen again until 2012 when he confessed to Dr. Ewen Keenan how he conspired with Cesar Faison to abduct Robin Scorpio-Drake. It is during this visit that he recruited Joe Scully Jr. to poison the Port Charles water supply in an effort to extort money to obtain a cure for polonium poisoning. After he obtained the money, his escape efforts were thwarted and he was presumed dead when there was an explosion at the docks.

It wasn't until 2013 that he resurfaced before he crossed paths with Luke Spencer who suffered from polonium poisoning at the hands of the dead Helena Cassadine. Luke and Tracy stole Jerry's cure that was administered to Luke. Jerry held Robin's parents hostage and sent her to Port Charles to work on a new cure using Luke's blood but Anna and Robert got the better of him and he was dragged back to Port Charles. A confrontation with Luke left him injured from a fall from atop the Metro Court after he held Bobbie hostage. His old associate, Julian Jerome, helped him to escape when he was saved by an awning that broke his fall.