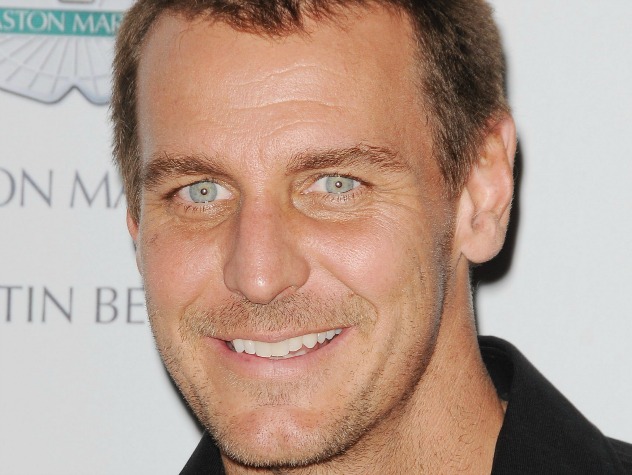 * Marital Status - Married to Carly Corinthos.
* Accused of starting his company with mob money.
* Unknowingly committed bigamy when he married Brenda Barrett on a boat, not knowing that his first wife was still alive. (May 1996)
* Illegally purchased the Dead-Man's Hand from Luke Spencer. (31 October 2003)
* Locked Tracy Quartermaine in a closet to prevent her from following him to Azure Key. (9 January 2004)
* Changed the results of Courtney Matthews' paternity twice to indicate he was the baby's father. (2005/2006)
* Married Carly Corinthos and became a second father to her boys.

Who's played Jasper “Jax” Jacks over the years?

Jax came to Port Charles as a corporate raider to aid Lois Ashton in getting her company away from Edward Quartermaine. When Lois introduced him to Brenda Barrett, Jax was intrigued but she only saw him as a way to make Sonny jealous. Jax played along until she finally realized there was no chance of reconciliation for her and Sonny, and she accepted Jax's marriage proposal. Before they could wed, she went back to Sonny.

Sonny left Brenda at the altar and Jax was there with a strong shoulder. Again he proposed, and what should have been a happily-ever-after, turned into disaster when Brenda's mentally ill mother drove her car off a cliff, killing herself and her daughter.

Jax discovered that the company his father founded was built with mob money. His empire crashed and he was left with nothing. Within a short time, he won a large sum of money in Monte Carlo and started to rebuild.

He has had a long string of love interests, including Chloe Morgan, Alexis Davis, whom he wed for a while, Skye Quartermaine, and Brenda Barrett again, when she emerged from the dead. He has fought against the Cassadines, crossed Sonny Corinthos, and tangled with his wife Carly, and has been betrayed on one expensive occasion when Sam McCall, another love interest, gave Luke the infamous 'Dead Man�s Hand' (the five cards held by Wild Bill Hickok during his last game), so that he could open a casino. Still, Jax's fortune grew.

He and Carly's shared ownership of a plush hotel brought them together as more than just business partners. After a stormy start, the two got married. It was a rocky marriage from the start because Jax couldn't accept Carly's constant involvement in Sonny and Jason's business and lives in general. In 2007, he had to leave town to go help his brother Jerry and Carly saw that as a betrayal. Carly eventually came to realize that she loved and needed Jax more than she needed to be involved in Sonny's life, so she tried to commit herself completely to Jax. He was out of town again when she needed him, however in 2008 when Michael was shot. He rusehd back to Port Charles as soon as he could and helped her to grieve for her comatose son. She turned to Sonny and slept with him after delivering their son to a permanent-care hospital. Jax couldn't stand another lie and left her. While separated, he slept with his (Crimson Magazine) business partner, Kate Howard. By 2009, he was ready to admit that his love for Carly was stronger than anything and they renewed their vows and commitment to one another.

Jax and Carly had a daughter, but when Carly found out he was assisting the cops' investigation of Sonny, she left him. After Michael was sent to jail for killing Claudia, Carly decided Morgan should stay as far away from Sonny as possible and asked Jax to officially adopt him even though they were still getting a divorce.

Skye came back to town and asked Jax to help her find Alcazar's hidden money. While helping her, he used his ex to try and make Carly jealous. Carly and Jax reunited for a bit, but their relationship fell apart when another of Jax's exes, Brenda, returned to town. A custody battle ensued over the kids, but it took a backseat when Josslyn became seriously sick.