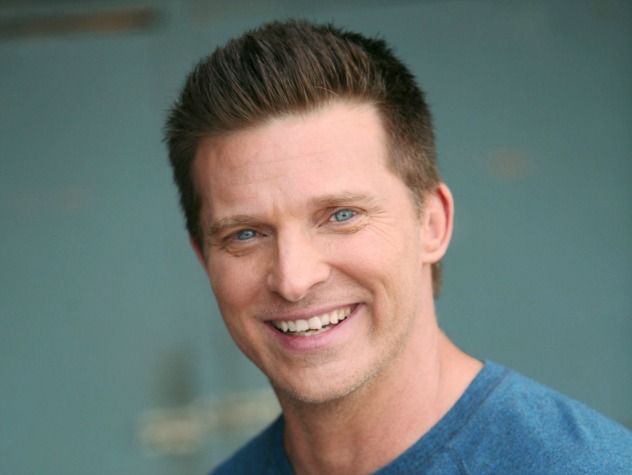 Jason Morgan (as played by Steve Burton on General Hospital)

* Kidnapped Lorenzo Alcazar and held him captive.
* Had Faith committed into a mental facility under false pretenses. (January 20, 2004)
* Offered Samantha McCall $1 million to leave Port Charles. (January 29, 2004)
* Attempted murder; tried to throw Faith Rosco over the balcony of her hotel room. (March 17, 2004)
* Attempted murder; almost murdered Lorenzo Alcazar, but was knocked out by Courtney. (April 12, 2004)
* Killed Nico, who shot Sonny and attempted to kill/kidnap Sam. (Summer 2004)
* Attempted to kill Faith upon her arrival back in Port Charles. (Summer 2004)
* Began suffering severe headaches after taking an experimental drug. (2005)
* Began suffering extreme seizures as a side effect of the drug and required surgery. (2005)
* Shot in the leg during an attempt to free Sam. (2006)
* He father Elizbeth Webber's son Jake but opted not to claim him in order to keep him safe.
* He took over the mob for Sonny briefly after Michael was shot.
* Went to prison to protect an incarcerated Michael.
* Married Sam.

Who's played Jason Morgan over the years?

Jason was born as a result of an affair between Alan Quartermaine and his mistress, Susan Moore. Upon her death, Alan and Jason returned to the Quartermaine mansion. Although the child was a constant reminder of Alan's betrayal for Monica, she soon loved him as much as AJ, the son she and Alan share.

Handsome, Jason has been the love object of many of Port Charles' young ladies; Karen, Robin, and Keesha were a few in his younger years. His life was typical until he got into the car with a drunken AJ and suffered brain damage in the resulting accident. It wiped away his memory, his personality, and all feelings for people he had loved. It seemed he no longer had emotions.

Jason dropped the Quartermaine named, began calling himself Jason Morgan, and became a hit man for mobster, Sonny Corinthos. The only person that seemed to reach him on any level was Robin. Carly Roberts had just returned to town and had a sexual liaison with Jason, but his eventual attraction to Robin led them to a romantic involvement despite her HIV status. No matter how much he professed to love her, she couldn't coax him away from his dangerous lifestyle.

Carly interrupted Jason's life, seeking help with her baby. She wanted to keep the paternity a secret and Jason aided her by swearing that Tony Jones was the father. In reality, it was his own brother's child. In the end, Tony kidnapped the child and learned the truth. His revelation unleashed the unwanted attention of the greedy Quartermaine's on their latest heir. When Carly had a breakdown, Robin and Jason took Michael to raise.

Jason tried living a normal life, but it didn't stay that way long. Carly was released and came to stay with them, and the constant bickering between her and Robin drove Robin away. AJ pursued his paternity rights, causing Carly and Jason to consider fleeing the country with the baby, but at the last minute, Carly reneged. She ended up marrying AJ, but a custody case gave Jason shared time. He later relinquished his rights, fearing his job was to perilous for a child.

After divorcing AJ, Carly still had feelings for Jason, but upon seeing him in an intimate moment with Elizabeth Webber, Carly turned her attention to Sonny. She might have ended up with Jason if she had realized he was only offering Liz comfort in the face of Lucky's death. When Lucky turned up alive, Liz chose him over Jason.

Sonny's protest against Jason dating his sister didn't dim his relationship with Courtney. It didn't matter that she was married to AJ, Jason was all about protecting her. In the end, it was his continued role as a hit man that caused them to part. He buried himself in his business and pretended not to care.

Being Sonny's right-hand-man had some advantages, like falling for Sam McCall, Sonny's one-time lover. His profession almost got her killed, but he was the only one who felt the blame. Her continued pursuit softened him, and he saw her through the death of her daughter and finding out that Alexis was her own birth-mother. He was mortified when he stumbled upon Sam having sex with Ric. It was in a drunken stupor, but still devastating. Of course, once again, Liz came to Jason for consolation, and they were intimate. In short time, she discovered she was pregnant, and Jason was left wondering if the baby she is carrying is his or Lucky's. He was with Sam at the time but ended up conflicted about wanting to be with Liz.

When the baby's paternity finally came out in 2007, Jason and Liz agreed to keep it quiet so that the world wouldn't know that mobster Jason Morgan had a vulnerability. He agreed to let Lucky believe he was the father, although it deeply wounded him not to raise his own son. His love for Liz grew and the two went back and forth over whether or not they could be togehter in public. After little Michael Corinthos was shot in 2008, the answer was clear - it was too dangerous for Jason to have a family.

Jason took over the business for Sonny and ran the mob for the remainder of 2008 and into 2009. Ultimately Sonny wanted his power back after trying to go 'legit' for a while. Jason was happy to give it back and went back to being his enforcer.

Michael woke from his coma and Jason tried to help him readjust to life. When Michael shot and killed Claudia, Jason helped cover it up. The serial killer/artist Franco targeted Jason, as he was obsessed with him, and threatened to expose Michael's involvement in Claudia's death. Despite Jason neutralizing that threat, Michael still ended up in prison. Jason, who was not back with Sam, got himself put in the same cell so he could protect him.

Michael was eventually released from prison, but Jason was forced to stay behind until a deal was worked out for Jason to be freed in order to help capture Franco, who had returned. He and Dante tracked Franco to Los Angeles and after a stand off, they believed Franco had died, but he remained at large.

When Brenda started becoming the target of The Balkan's threats in Rome, her friend and boss, Suzanne, called Jason to protect her. Jason brought Brenda back to Port Charles and was in charge of keeping her safe from the Balkan.

Jason soon had his own crisis to tend to when Jake was hit by a car and died. Immediately after his son's death, Carly came to Jason to ask him to agree to donate Jake's kidney to her daughter Josslyn, who had cancer. Since he wasn't part of Jake's life, he took the request to Elizabeth and Lucky, who ultimately agreed.

As Jason grappled with his grief, the topic of having a baby with Sam came up. Jason wasn't ready to immediately proceed, but supported Sam's decision to have surgery to help her fertility issues.

Jason then had his own surgery when it was learned a piece of the dashboard from his accident with AJ many years ago was stuck in his brain. Though there was worry he would wake up differently, Except for a having a few mysterious flashes, Jason Morgan remained intact.

After some time, Jason proposed to Sam. She accepted and despite all the planning on other people's parts, the couple got married alone in a Chinese restaurant. Their bliss didn't last long as Franco lurked about. While on their honeymoon in Hawaii, Franco drugged both Jason and Sam. He locked Jason away and made him watch while he carried Sam from the shower and put her in bed. Jason didn't see anything after that, but assumed Franco raped his wife. Sam became pregnant and the couple struggled with the issue of who the father was. It was eventually confirmed to be Jason's. The hit man got into a car accident which resulted in further brain trauma. Robin worked on a cure for this but died in an explosion. Patrick grudgingly administered it. Jason eventually tracked down Franco and killed him, but the artist left a mysterious DVD behind. Sam followed clues to unravel it and learned from Heather Webber that Franco and Jason were actually twins.Her relationship with Jason continued coming apart under stress and she turned to John McBain. This was made worse by the belief that Jason and Sam's baby had died, when, in reality, it had actually been switched with Tea Delgado's. he refused to believe the dead child was his and began digging, eventually uncovering the truth. Finally, he and Sam were reunited with their child, who had been kidnapped by Heather.

Jason was called down to the pier by mob accountant Bernie. He found Joe Scully Jr. killing Bernie and attempted to rescue him. Cesar Faison disguised as Duke Lavery arrived and shot Jason on sight, kicking him into the water. Though everyone thought Jason was dead, September 14, 2017, he was seen with a face mask in Russia, at a plastic surgery clinic by Ava Jerome. He heard the name Port Charles, and reacted violently. His mas was removed on the 19th and he escaped with Ava's help and made his way to Port Charles as Patient Six.