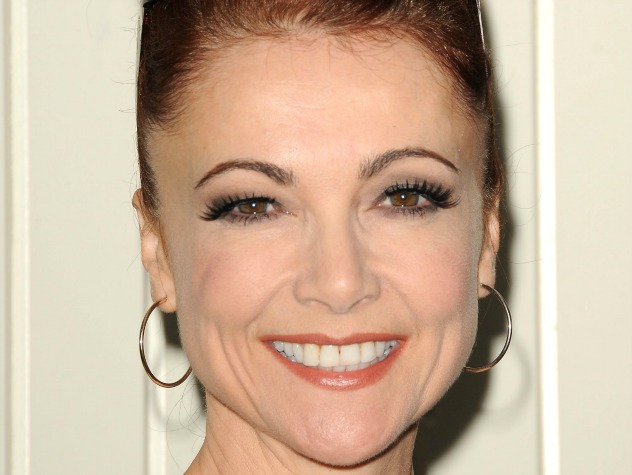 Holly Sutton (as played by Emma Samms on General Hospital)

*Holly came on the show as a con artist.
*Was pregnant with Luke's baby, but married Robert. She later miscarried.
*Presummed dead in 1987, but Holly had actually been in a car accident which left her in a coma.
*Was also involved with Bill Eckert, Luke's look-a-like cousin.
*Holly returned to Port Charles in 2006 demanding money for the antidote to the strain of encephalitis that infected the town.
*She once again returned under the assumption that she was Ethan Lovett's mother.

Who's played Holly Sutton over the years?

Holly met Luke on a camping trip and they became involved, but it was later revealed it was a set up as part of an oil scam to rob the people of Port Charles. Holly was kidnapped and even though Luke didn’t trust her, he teamed up with Robert Scorpio to find her. After she was rescued, Luke and Holly broke up and Luke left town. It was believed Luke died in an avalanche and a pregnant Holly married Robert.

She had a miscarriage and Luke returned to town. Holly and Robert stayed together as they were now in love, but then Robert’s first wife, Anna Devane showed up. After much drama, Holly left for Australia and Robert followed shortly afterwards. Robert returned some time later and announced that Holly was killed in a plane crash. The truth was that she was actually in a coma due to a car accident. However, during the time she was presumed dead, Robert and Anna reunited and remarried.

Holly decided to stay away from Robert, but when Anna was kidnapped, Robert drew up papers to end his marriage to Holly before he took off in search of his other wife. When Robert and Anna were presumed dead, Holly tore up the divorce papers and then helped Mac take care of Robert and Anna’s daughter Robin.

In 2006, Holly returned to Port Charles with the antidote to the encephalitis strain that infected the town, but demanded money in exchange for it. She popped up again later that year to lead Luke on a wild goose chase.

Ethan Lovett came to town in 2009 and Luke became suspicious that he was his son with Holly. He tried to track Holly down but to no avail. However, Holly surprised Luke by showing up on the Haunted Star. She eventually reveled that Ethan was Luke's son.

Holly returned in 2012 when Luke called her for help with Ethan, who had fallen for Cassandra. Luke felt she was a con woman and believed Holly would have some insight. Cassandra turned out to be Helena's daughter, who Helena had killed.