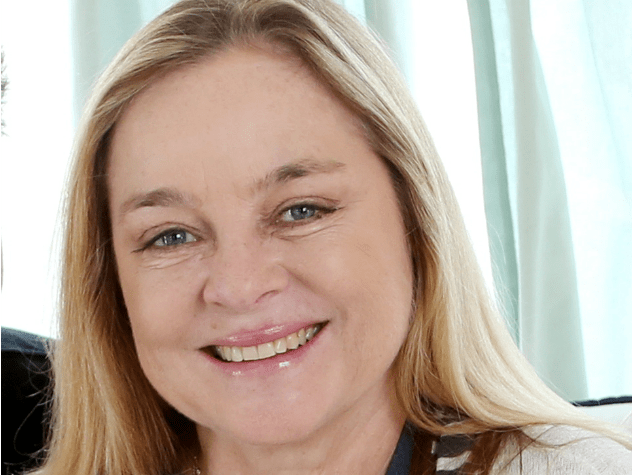 Heather Webber (as played by Robin Mattson on General Hospital)

* Had an affair with Jeff Webber when he was married to Monica.
* Sold her baby with Jeff, Steven Lars, on the black market.
* Accidentally drugged herself with LSD trying to poison Diana Taylor.
* Became pregnant with Franco by Scott Baldwin.
* Killed Ross Duncan and framed Skye Quartermaine.
* Attempted to murder her former husband Edward Quartermaine.
* Switched the paternity results for Sam Morgan’s baby.
* Killed Maggie Wurth with poisoned sweet tea.
* Switched Sam’s baby with Tea Delgado’s baby.
* Held Luke Spencer captive in a cabin.
* Injected Olivia Falconeri with LSD.
* Has a crush on Luke Spencer.
* Hates being called crazy.
* Has an uncanny knack for escaping from mental institutions.
* Obsessed with BLTs from Kelly’s Diner.
* Was thought killed by her son Franco, but she escaped her grave.
* Kidnapped Carly Jacks and framed Franco for the crime.

Who's played Heather Webber over the years?

It was 1976, and Heather Grant was just 19 years old when she arrived in Port Charles with fake references. She began watching the daughter of Peter and Diana Taylor, and soon had a one-night-stand with Jeff Webber. When Heather became pregnant she kept it a secret, but ultimately told Jeff. He insisted she get an abortion so he could stay with his wife Monica. Heather tried many things, even killing herself, but nothing worked to steal Jeff’s affections from Monica. Heather went to New York and gave birth to a baby boy, then sold him on the black market where he was unknowingly adopted by Diana.

Jeff returned to Heather after Monica divorced him and she lied and told him their baby was stillborn. They bonded and got married while Heather continued to be a nanny for the Taylors, which now included her own son. Heather got pregnant again, then miscarried. She tried to slip LSD to Diane to make her crazy so she could take her son back, but Heather accidentally poisoned herself and was institutionalized when she began hallucinating.

After she was released Heather plotted to get rid of Diane, who by now knew her son PJ was really Jeff’s biological son. Heather stole a gun and watched Jeff and Diane in bed together. Diane revealed to Jeff he was really the father of her son, and he angrily left. When Heather snuck in to kill Diane, she was already dead. Heather tried to frame someone else for the murder, but the real killer was eventually revealed to be Heather’s mother Alice Grant.

Heather left Port Charles, then returned in 2004. She began to help Lesley Webber look after little Lulu Spencer, but was really back in town to seduce, marry, and kill the widowed Edward Quartermaine. Edward’s daughter Tracy Quartermaine offered Heather money to leave town and her father, but Heather refused and she and Edward got even closer. Edward resisted giving in fully to Heather despite her best efforts. When Edward suffered a heart attack after Heather spiked his drink, she stayed by his side and was rewarded when he moved her into the mansion so she could nurse him back to health.

They were soon wed, but Monica threw them out before they could consummate their marriage. Edward and Heather moved above Kelly’s Diner, but to Heather’s horror Edward also gave away all of his money and shares in ELQ, declaring he only needed Heather in his life. Tracy and Heather worked together to have Edward committed.

When Heather had been living at the mansion, she had moved a comatose Laura Spencer in the attic in order to lure Luke back to town. Tracy's son Dillon saw her checking on Laura, and Heather moved Laura to an undisclosed location.

Tracy and Skye began to work together to prove to Edward that Heather was not who he thought she was. They got Edward released from the mental institution and he got an annulment from Heather. Heather plotted to kill Edward and Luke agreed to help her in order to set her up. Heather lashed out when she realized the plot and injected Skye with LSD.

Heather agreed to tell Luke where Laura was stashed if he would marry her, and he agreed. But when Heather arrived at her nuptials, Luke had called the police and she was hauled off to Ferncliff.

In 2012, Sam Morgan visited Heather at the mental hospital with questions about her husband Jason’s birth. Heather agreed to tell her what she knew if Sam promised to deliver a letter to Heather’s son Steve Webber. Heather told Sam that when Jason’s mother Susan was passed out after delivering Jason, she gave birth to a second baby that Heather sold to a nurse. Sam never delivered the letter.

Heather was released not long after into Steve’s care. She clashed with his girlfriend Olivia Falconeri and at Olivia’s urging, Steve arranged for his mother to meet with Dr. Ewen Keenan at General Hospital. Heather ran into Sam at the hospital and threatened her for not delivering her letter.

Steve was arrested for the murder of a patient in Memphis. Heather learned he had allowed his patient to die in order to save the life of a patient of Maggie Wurth's. Heather poisoned Maggie with some iced tea and faked a suicide note that cleared Steve, and he was released.

Heather stumbled upon the dead body of Anthony Zacchara, and assuming Luke had something to do with it, buried the body herself during a massive storm. After, she ran into Todd Manning who was trying to get help for the newborn child of Tea Delgado. She switched the dead baby with Sam’s newborn son, whom Heather had also stumbled upon in the storm.

Heather blackmailed Todd into giving her a job at his newspaper, the Port Charles Sun, and she informed Luke she had buried Anthony’s body for him. Luke wanted to go to the cops so she knocked him out and held him hostage, hoping he would fall in love with her. Heather plotted to inject Luke’s girlfriend Anna Devane with LSD, but she injected Olivia instead. When she returned to Luke, the cabin he was in was on fire. Anna ultimately rescued Luke and arrested Heather.

Heather taunted Anna by telling her that her daughter Robin Scorpio Drake was really alive. Heather was sent back to Ferncliff, but she escaped and showed up at Tea’s door and talked her way into being the nanny of her son, who was really Sam’s. Heather kidnapped the baby and sneaked into the hospital to get him medicine he needed. Olivia confronted her and was rewarded with a shove down the stairs. Sam and Jason found Heather and their son on the roof. Heather jump and Jason snatched the baby just in time.

Heather slipped into a coma and was admitted to Ferncliff when she awoke. After briefly escaping when Edward died and getting a peek at his will, she was put back in Ferncliff. She was soon joined by Lucy Coe and Todd, locked up for mental help of their own. Together they escaped to Wyndemere, and Heather sneaked off to kidnap Sam’s son again. She was apprehended by another mental patient, Stephen Clay, who choked Heather, tossed her in the river, and took the baby.

Heather survived and went to see her son. She attacked Olivia with a knife, but gutted Steve on accident. He survived and she was admitted to Miscavige maximum security mental hospital, but she snuck out regularly to grab BLTs from Kelly’s. She helped the artist Franco with paintings, unaware he was using them for an upcoming show. Heather crashed Franco’s art show, revealed his deceit and dropped the bomb that Franco was her biological son with Scott Baldwin.

Heather was insistent that Franco stop seeing Carly Jacks, but Franco refused. When Franco caught Heather trying to sneak into Carly's shower to stab her, Franco turned the knife on Heather. He killed her and buried her, letting everyone believe Heather was still at Miscavige.

But Heather wasn't dead, and decided to turn the tables on her son. She kidnapped Carly, made it look like she was killed, and left clues to make it appear Franco committed the crime. Luke found Heather holding Carly in the Quartermaine boathouse, but was knocked out by Heather's thugs.

Kiki Jerome believed in Franco's innocence and went to Miscavige to make sure Heather hadn't escaped. She learned Heather was catatonic and saw the back of her head, but it was actually Luke, drugged and held captive.

Heather was really holding Carly in the Wyndemere stables.