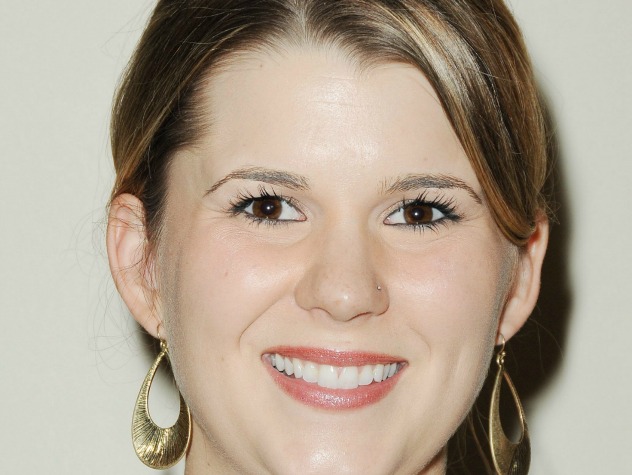 *Visited as a ghost Maxie while she was sick in the hospital.
*Georgie was the third person killed by the Text Message Killer. She was strangled with a telephone cord.
*Marital Status - Divorced (from Dillon)
* Ran away with Dillon on Kyle Ratcliffe's stolen motorcycle. (July 2003)
* Helped Skye hold Tracy 'hostage' at the Haunted Star. (April 28, 2005)
* Suffered a near fatal fall and had to have surgery. (June 2005)

Who's played Georgianna “Georgie” Jones over the years?

While older sister, Maxie, was waiting for a heart donor, Georgie was being born under a table at Luke's Club, on opening night. It was an indication of what was to come, living with a mother like Felicia Jones who always sought adventure. Her father played a very small role in her life.

Georgie was bounced back and forth between her grandmother's in Texas and appearing in Port Charles to visit her Uncle Mac. Felicia was always off on another whirlwind assignment, often leaving her girls in the care of their uncle. When Mac and Felicia married, Georgie was excited about being in a real family, but the wedding only held Felicia in Port Charles for a short while. It wasn't long before her wanderlust took hold and she left again, leaving her girls behind.

Mac and Felicia's attempted reconciliation didn't work, but he dropped the custody case he pursued, and let Felicia have her daughters. Not a wise choice, since Felicia's next interest was a mobster, and her daughters were kidnapped by an opposing force. It took having that happen for Felicia to realize how precious they were. She began to pay more attention to them.

Georgie grew up in Maxie's shadow. Her sister always had her pick of the boys, while Georgie was the 'smart' one who got good grades. All that book-learning couldn't keep her heart from breaking when Lucas, the boy she wanted, was more interested in Maxie. Georgie was so smitten with him that she barely noticed when a new guy named, Dillon Quartermaine, moved to town. But once Lucas made it clear that he would never be more than her friend, she let go and realized that Dillon was a better match.

Joyriding, mowing down parking meters, and being on the wild side since meeting Dillon, was not the Georgie everyone knew, and Uncle Mac didn't like it. His order that they not see each other only made them more determined to be together. When Dillon decided he'd had enough of Port Charles and convinced Georgie leave with him, she did, but during an overnight stop, she had a change of heart. Before she could convince Dillon to return to Port Charles, Mac showed up and carted Dillon off to jail for theft of Kyle's motorcycle.

Despite Mac's objections, Georgie vowed to continue to see Dillon. Not even mobsters, or other girls like Brook Lynn, Sage, or Mary Bishop could break them apart. When the influenza epidemic struck Port Charles, and Dillon lay near death, his last wish was to marry Georgie, and despite parental objections, they became man and wife but all was not milk and honey. Tracy cut off their finances, forcing them to find a new home and a means of support. The stress of work, school, and Georgie's mail involvement with Diego Alcazar during his incarceration, took a toll on the marriage. It didn't help that Lulu Spencer had her eye on Dillon.

When Diego was released, he and Lulu plotted to break the two newlyweds apart. Lulu lied, telling Dillon she observed Diego and Georgie having sex and Dillon believed her. He repaid Georgie's betrayal by sleeping with Lulu. Of course, she got pregnant, and even though Dillon wanted the child, Lulu had an abortion. It was a life-altering event, as Dillon changed his college major and buried himself in ELQ, the family business. He and Georgie keep trying to find their way back to one another, but LuLu kept getting in the way.

In the end Georgie and Dillon didn't work out and she was eventually killed by Diego Alcazar. She did appear to Maxie while she sick in the hospital to encourage her to live.