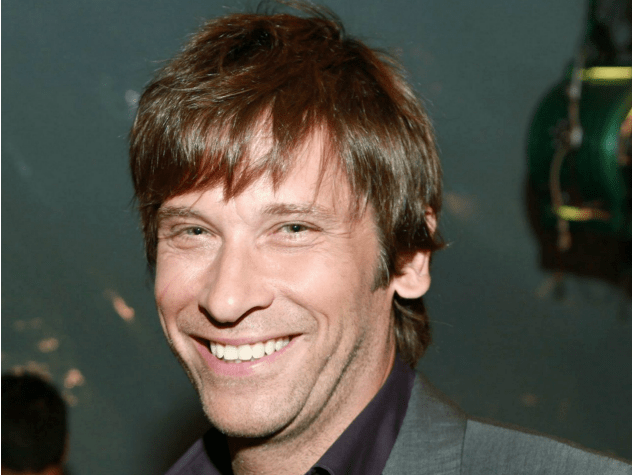 Franco Baldwin (as played by Roger Howarth on General Hospital)

* Reclusive renowned artist.
* Is obsessed with death and Jason Morgan.
* Slept with Maxie Jones.
* Kidnapped Lulu Spencer and Sam McCall.
* Blew up his studio before leaving town.
* Returned to seek revenge on Jason.
* Tormented Jason and Sam on their honeymoon.

Who's played Franco Baldwin over the years?

Dressed like a vagrant while painting the graffiti sign C077X around Port Charles, he eagerly watched as Jason, Sonny, Dominic, Max and Milo engaged in a shootout with Joey Limbo. After the Corinthos clan left the scene, Franco put his foot on a still breathing Joey Limbo's neck until he died and then repositioned the mobster's body.

After the Joey Limbo incident, Franco changed and attended his art opening filled with crime scene reenactments, which Kate and Maxie were organizing for Crimson. Maxie was charged with making sure Franco was kept happy, but couldn't get Jason to agree to an introduction with the artist. Franco took Maxie to his loft where he blindfolded her, took photos of her in a chalk outline and then slept with her.

He tried to get Jason to bond with him as a fellow 'artist' but Jason wanted nothing to do with him. He eventually got Jason to visit him by sending him a photo of Michael standing over Claudia's dead body. When Jason still refused to play his games, Franco kidnapped Sam and Lulu and kept them in different locations where bombs were set to go off. He eventually told Jason their whereabouts, but made him choose who to save since he only had time to get to one woman. Jason went to Sam, but called Dominic and told him where Lulu was. Franco left town, after blowing up his loft, and sent Jason a DVD as a final message.

Months passed without a word from the deranged artist, but when Michael went to prison, his tormentor Carter told Jason, "Franco says hi," just before he died. Then Dante, Carly and Maxie received crime scene photos from him in the mail and he was spotted lurking outside Jason's building posing as a homeless man.

During his next stint, Franco lured Jason and Dante to the MoCA art museum in Los Angeles, where he appeared to fall to to his death. That was not the case however. Franco then kidnapped Aiden to give to his mother to raise, but Lucky rescued the boy.

Franco's next appearance came during Brenda's wedding to Sonny. He took credit for the bomb that enabled the Balkan to grab Brenda. He sent some menacing messages in the ensuing months and then showed up in Hawaii during Sam and Jason's honeymoon. He drugged the couple separately and brought Jason to a locked room. Franco forced Stone Cold to watch on a monitor as he made it look like he raped a passed out Sam. After Jason hunted him down, he shot him and burned him. However, Jason was not thorough enough and Franco escaped, only to return to town with a different face to stake his claim on the Quartermaine fortune.