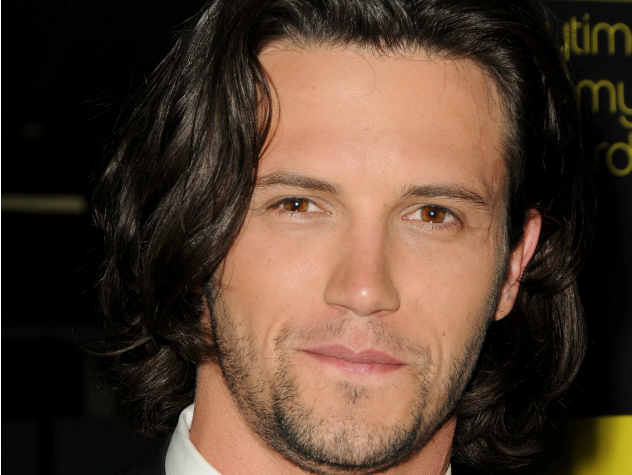 Ethan Lovett (as played by Nathan Parsons on General Hospital)

* He's a grifter from Australia.
* He never met his birth father, according to what he told Luke the first time he met him. Later he said he was adopted and his birth parents died in a car crash when he was 15 and he hit the road to avoid foster care.
* He is like a young Luke Spencer, living on the go, looking for a good scam, enjoying booze and women.
* He met Holly Sutton while in Europe and since she spoke fondly of Port Charles, he stopped by after leaving New York City.
* Turned out to be Luke and Holly's son.
* Helped Rebecca con Nikolas and the Quartermaines.
* Falsely accused of beating Kristina up.
* Married Maya.

Who's played Ethan Lovett over the years?

Ethan first appeared in Port Charles as someone who said he was just passing through town. Luke Spencer found him on his casino, The Haunted Star, trying to stuff a wad of cash into his shirt. Eventually he put down his gun and started to get a feel for this young man who reminded him a lot of himself in his younger years.

It was later revealed that he was Holly's son with Luke Spencer. It also came to light that he was helping Rebecca Shaw, Emily's identical twin no one knew about, con Nikolas and the Quartermaines. He fell for Rebecca, but she was in love with Nikolas.

Ethan worked for his father at the Haunted Star and struck up a friendship with Kristina, who developed a crush on him. The crush started to become a bit much and Ethan had to forcefully reject her, considering she was a minor. After Kristina's boyfriend Kiefer beat her up, Kristina blamed it on Ethan fearing Sonny would kill Kiefer. Sonny wanted to go after Ethan, but it was eventually revealed who the real culprit was. Despite her putting his life in danger, Ethan remained friends with Kristina.

He also started working for Johnny and began a flirtation with Maya Quartermaine. He was shot when Kiefer's father, Warren, came to the hospital to get revenge for his son's death. Ethan survived and flirted with med student Maya while recuperating in the hospital.

While accompanying Luke and Tracy to Vegas for their legit wedding, Maya and Ethan got drunk and were married themselves. They decided to stay hitched when Edward offered to pay them a million dollars if they remained husband and wife for a year.

The two had a good time together and started developing feelings for each other until Maya went to Philadelphia to visit her sick aunt. While Ethan dealt with Luke's alcoholism, Maya met another man. Ethan walked in on them together when he came to Philly to visit his wife. They separated and Ethan went to the Dominican Republic for a divorce with Kristina in tow.

Returning to town, he hung out at Wyndemere after running into a mystery woman. He thought she was a ghost until they began an affair. The relationship was short-lived, however, since she wound up being Helena's daughter. After Helena killed her, Ethan was shocked and lost. His father finally decided to send him out of town with Robert Scorpio after convincing the grieving man (he believed Robin was dead) that Ethan was his long lost son.