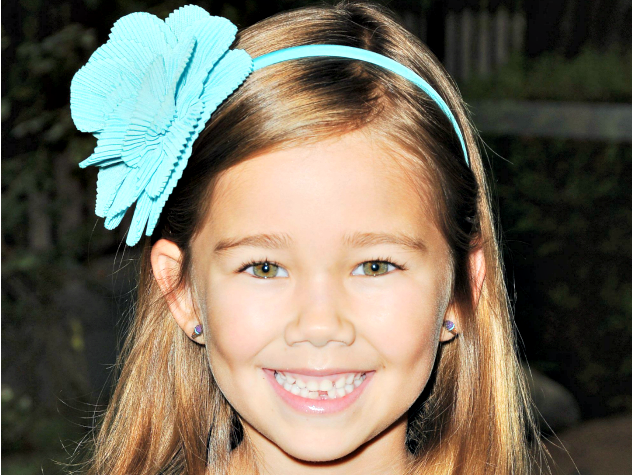 * Daughter of Dr. Patrick Drake and Dr. Robin Scorpio Drake.
* Her mother is HIV positive but did not pass it along to Emma or her father.
* Separated from her mom when she had postpartum depression.
* Briefly kidnapped by Lisa Niles.
* Was heartbroken when she thought her mom was killed in a lab explosion.
* Sparred with one of her father’s girlfriends, Dr. Britt Westbourne.
* Grew close to nurse Sabrina Santiago when she was engaged to Patrick and pregnant with Emma’s little brother.
* Ecstatic when Robin returned, not dead after all.
* Was slightly hurt in a car accident that caused the death of Sabrina and Patrick’s baby.
* Acted out when Patrick and Robin decided to divorce.
* Chose to date Cameron Spencer over Spencer Cassadine.

Who's played Emma Scorpio Drake over the years?

Emma Scorpio Drake was born November 4, 2008 to Dr. Patrick Drake and Dr. Robin Scorpio, who was HIV positive. Baby Emma had a small cut on her ear that made her parents worry the disease would be passed to her, but she was fine. Her relationship with her mother was rocky from the start. Robin’s postpartum depression made it hard to bond with Emma.

An ex of Patrick’s came to Port Charles, Lisa Niles, and she tried to make Robin go crazy by kidnapping Emma. Once reunited, the small family was happy until Robin was thought killed in a lab explosion in 2012. It was hard for little Emma to lose her mom, especially when Patrick developed a drug addiction to deal with his pain, but she was cared for by family friends like Maxie Jones and Elizabeth Webber, and Robin’s parents, Anna Devane and Robert Scorpio.

Patrick began dating Dr. Britt Westbourne, but Emma hated her. She got close to Patrick’s next girlfriend, Sabrina Santiago, but was confused when Robin returned to Port Charles alive. Still, she looked forward to Sabrina giving birth to her baby brother and was devastated when he died after they were all involved in a car accident.

Emma was friends with many of the other children of Port Charles, including Josslyn Jacks, Cameron Spencer, and Spencer Cassadine, the latter two always fighting for her affections. Emma's father and mother decided to divorce and Patrick moved on with Sam Morgan. Emma grew close to Sam, especially after she and her baby boy Danny moved in.