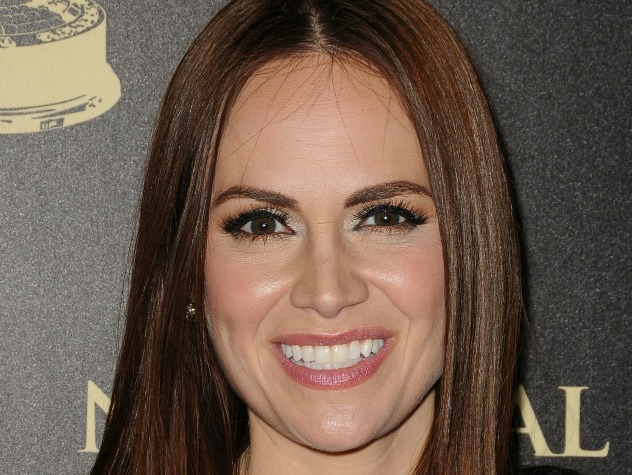 Emily Quartermaine (as played by Natalia Livingston on General Hospital)

*Emily died at the hands of the Text Message killer during the Black & White ball in November 2007. Her spirit, however, remains with Nikolas.
* Marital Status - Single.
* Aided and Abetted Zander Smith to the Canadian Border. (2000)
* Battled breast cancer. (prior to April 2003 - September 2003)
* Adultery - slept with Nikolas Cassadine while married to Zander. (November 3, 2003 - December 2, 2003)
* Lied for Nikolas about the circumstances of Helena's death. (October/November 2004)
* Sexually assaulted by Connor Bishop. (Jan 21, 2005)
* Murder - Shot and killed Connor Bishop. (Jan 21, 2005)
* Stabbed by Carly Alcazar (2005)
*She was killed by the Text Message Killer (Diego Alcazar) at her fiance's (Nikolas Cassadine) Black & White Ball.
*She appeared in ghost form to Nikolas, however, for months as the result of a brain tumor that allowed him to hallucinate her image.

Who's played Emily Quartermaine over the years?

Monica Quartermaine met Emily's real mother in a cancer support group, and when the woman died, she left Emily in Monica and Alan's care. Eventually, they adopted the daughter they'd always wanted. Emily enjoyed having two brothers, AJ and Jason.

She was a typical teenager, but grew into a loving and supportive young woman. Her early relationship with Zander Smith led her on a tumultuous path, but her eventual attraction to Nikolas Cassadine was her saving grace.

She dealt with crazy, Mary Bishop, who mistook Nikolas for her presumed dead husband, and fully convinced an amnesia-stricken Nikolas that they were married. When Mary died, Emily hoped their life would return to normal, but Connor Bishop resurfaced, raped Emily, and in the end, she killed him. It was a horrible ordeal that affected her relationship with Nikolas because the two men were almost identical in looks.

Emily beat breast cancer but couldn't recover from her rape in time to keep Nikolas from falling in love with Courtney Matthews. When Emily turned to Sonny Corinthos, convinced that she loved him, her brother, Jason, was outraged. He feared that Sonny's mob-dealings would put Emily in jeopardy, much the same as Sonny had felt when Jason was with Courtney. Jason strongly opposed the joining of Emily and Sonny, and the romance caused a serious rift between the mob boss and his hit man when Emily defied Jason. She learned on her own that her mild-mannered ways were no match for the life Sonny led, and they eventually parted ways.

Fate, of course, brought her back to Nikolas, the real love of her life, who is now raising his son alone and thinks that Emily would be a perfect addition to both of their lives. He has fired his unscrupulous nanny and at Emily's urging, has agreed to let little Spencer play baby Jesus in the upcoming Christmas pageant... against his better judgment, of course.

They became engaged at a ball at Wyndemere, but she was killed hours later by The Text Message Killer.