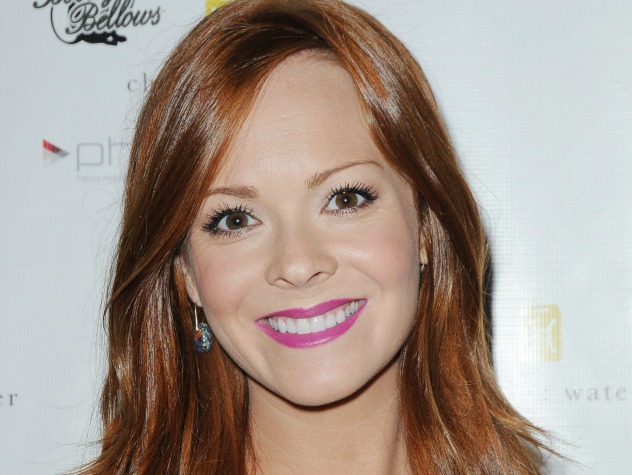 Ellie Trout (as played by Emily Wilson on General Hospital)

* Fell for Spinelli.
* Ellie was hired to break down a relish recipe for A.J. Quartermaine.
* Ellie and Spinelli worked together to determine if Dr. Britt Westbourne was lying about the paternity of her child.
* Left town with Spinelli to raise Maxie's baby.

Who's played Ellie Trout over the years?

Ellie Trout first appeared when Spinelli went to the GH lab to have Daniel Morgan's tissue tested as a favor to Jason Morgan. Ellie tested the tissue and confirmed the baby couldn't be Sam and Franco's. Spinelli asked her to go to Sonny and Kate's wedding. Kate's alter Connie came out and stopped the wedding, but Ellie had a great time with Spin anyway.

Spinelli's ex, Maxie, confessed her love for Spinelli after Ellie and Spinelli slept together, which put doubts in Ellie's head about her connection to Spinelli. Ellie helped with Maxie's impregnation of Dante and Lulu's baby, and soon broke up with Spinelli because he kept putting Maxie first. Damian invited her to reconcile and meet him on the rooftop of GH on New Year's Eve. Ellie was hit by a car on the way. After surgery, Spinelli confessed that he had slept with Maxie. But he wanted Ellie, and stayed by her side until she could walk.

Later, Ellie was hired to break down a relish recipe for A.J. Quartermaine and Michael Corinthos while Damian was hired by Tracy Quartermaine to retrieve the recipe as soon as Ellie cracked the code. Damian took the recipe from Ellie but destroyed it instead of cashing in.

Damian wanted to be a father one day but Ellie didn't want children. They stayed together anyway and attended the Nurses' Ball, where Ellie heard Maxie tell her father, Frisco Jones, that she was keeping a secret about the baby. Ellie worried about the baby's health and broke into Maxie's medical records. She learned Maxie had miscarried Lulu and Dante's baby and was pregnant again with Spinelli's baby. Ellie confronted Maxie but agreed to keep the secret.

Ellie and Spinelli also worked together to determine if Dr. Britt Westbourne was lying about the paternity of her child.