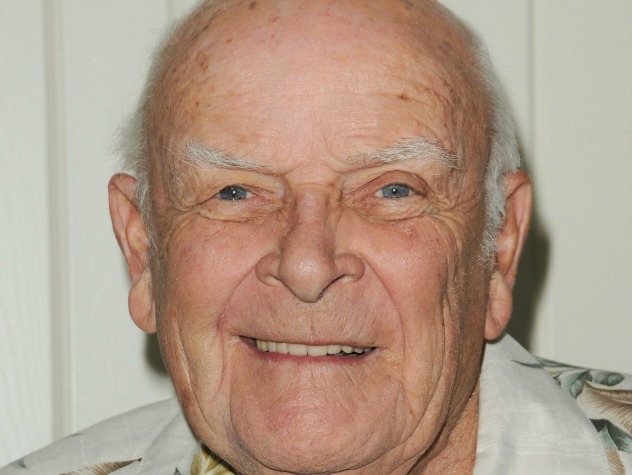 Edward Quartermaine (as played by John Ingle on General Hospital)

*Marital Status - Single.
* Arrested for the murder of Bradley Ward - innocent and later acquitted. (1994)
* Tried to kidnap his great-grandson, Michael Corinthos III.
* Faked his own mugging to try and keep Emily away from Zander. (2002)
* Coerced Skye into a contract in which she agreed to help him ruin Jax. (2002)
* Faked a heart attack and then pulled his own respirator plug to make it look like Skye had tried to kill him. (2002)
* Plotted to take baby Kristina away from Ned and Alexis. (2003)
* Criminal Negligence - refused to shut down the P.C. Hotel, even after a security technician informed him that the hotel's electrical system was hazardous. (February 2004)
* Pretended to be senile to prevent his family from being affected by lawsuits following the P.C. Hotel fire. (February 2004)
* Impersonating a nun, he escaped General Hospital with the help of Luke and Skye. (February 2004)
* Escaped the Shadybrook Sanitarium with Luke Spencer's help. (March 2004)
* Attempted to bribe Dillon with a movie career in order to win his vote. (March 2004)

Who's played Edward Quartermaine over the years?

From the beginning Edward Quartermaine has been a manipulative man. In 1978 he moved into the house that Alan brought for his wife, Monica and decided he was lord of the manor. He tested his daughter, Tracy's, loyalty by pretending to have a heart attack after having created a will that would overlook leaving anything to her. When he begged for his heart medications, she refused unless he promised to alter the will. Edward banished her from his life, but not until he admitted to having faked the whole 'heart' thing.

As CEO and namesake of ELQ, his financial life has been up and down. Everything is about money to Edward, and only his beloved Lila controlled his selfish behavior. Eventually, Tracy wormed her way back into her father's good graces, and together they became the dynamic duo of 'mean.'

Edward has sided with everyone against someone at one time or another, even setting his grandsons at odds by providing funds to one to buy something the other wanted. He maintained his snobbish behavior even when it was revealed that he had had an affair and fathered a bi-racial son. Justus, the result of Edward's liaison with Mary-Mae Ward, came to Port Charles and bonded with his father, actually helping Edward to set up a foundation to benefit the community. Of course it was just a front to benefit him in some way. Edward continually tried to run the lives of his loved ones with no regard for their feelings.

Several times, he tried to instrument his grandson Ned's demise in the business world, and Edward even fought to keep young Michael in the Quartermaine mansion. Edward should have never crossed Carly. She faced him head-on and won.

Georgie and Dillon felt Edward's wrath when he tried to come between them, and Skye was blackmailed by her supposed grandfather on more than one occasion. Edward went round and round with his son, Alan, on a continual basis.

Edward had a hand in shutting down careers and dashing the dreams of a number of people in Port Charles, but his adopted granddaughter Emily stepped in to fill the shoes of his dear, departed, Lila.

He faced a couple of tough years as his beloved Emily died, as did his son Alan. He did get one addition to his family, as Luke married Tracy. However, this left Edward more frustrated and outraged than anything else.

Edward was also revealed to be having an affair with a woman named Deidre, but that was short lived. The mayor's wife, Andrea, poisoned him, which caused him to drive his car into the middle of the town carnival. Fittingly, Andrea was the only one fatally wounded.

The Quartermaine patriarch next invited his great granddaughter Maya Ward to live with him in Port Charles. She took him up on the offer and started working at the hospital. He bribed her and Ethan to stay married after they got hitched during a drunken weekend in Vegas. They did their best, but even the promise of a million dollars couldn't keep the couple together.

Edward next set his sights on Michael once again by offering him and Abby jobs at ELQ. Michael did his best to work a nine to five office job for Abby's sake, but it didn't last long. While Edward's quest for an heir wasn't panning out too well, Jason did invite him and Monica to his and Sam's wedding. He continued to keep an eye on his family, often disapprovingly, and mourned the many losses in his life. When Jerry Jacks returned to town and infected everyone, Tracy offered him her blood as an antidote but he turned it down, insisting that Emma should have it.