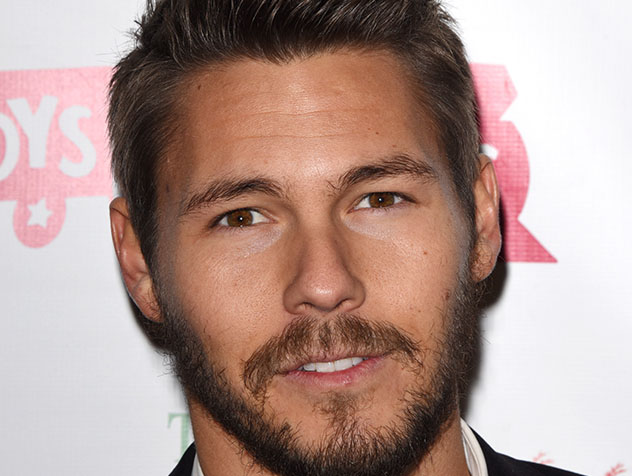 Dillon Quartermaine (Past) (as played by Scott Clifton on General Hospital)

Useful information about Dillon Quartermaine (Past)

* Marital Status - Single
* Obtained a fake ID for Maxie to go clubbing (May 2003)
* Attended Stefan Cassadine's funeral disguised as a woman, so that everyone there would believe that the woman was Luke when "she" was actually
Dillon (October 16, 2003)
*Shot in the arm by Officer Lucky Spencer (November 12, 2003)
*Slight injuries after driving Ned's car into a ditch (January 14, 2004)
*Fell ill during the encephalitis plague that hit Port Charles (February 3, 2006)

Who's played Dillon Quartermaine (Past) over the years?

Dillon, born in Port Charles, is the son of Tracy Quartermaine and absent father, Paul Hornsby. Most of Dillon's life has been spent globe-trotting with his money-hungry mother. When Tracy decided to drop Dillon on the Quartermaine's doorstep and keep pace with her traveling schedule, poor Dillon was perplexed. His mother is the black sheep of the family, and he wasn't well-received.

He soon developed a kinship with Georgie Jones that blossomed into romance, but they kept their relationship quiet to keep her father at bay.

Dillon took Lorenzo Alcazar up on his offer to pay him for running errands and found himself babysitting Lorenzo's niece, Sage, and even being seduced by Faith, the incorrigible wife of a deceased gangster. Despite the absence of friendship between Georgie and Tracy, they teamed up to make Dillon give up his job with the mob boss and look for something more secure. Georgie was stunned when she walked in on him and Sage during a romantic moment.

Georgie stormed off, but still in love with Dillon, she created a fake boyfriend and feigned interest in him to make Dillon jealous. He was upset, but continued to see Sage. When the foursome got caught in the Port Charles Hotel fire, Georgie confessed her lie, and she and Dillon became a couple again.

Dillon worked at L&B, in charge of an up-and-coming singer. They disagreed on video viewpoints, and he wanted Ned to fire her and use someone else. Dillon overheard another young woman singing, and when he approached her, he discovered Ned's runaway daughter, Brook Lynn, who wasn't interested in the publicity. Somehow Sage got into the mix, wanting a career of her own, and further upsetting Georgie. Of course with Alcazar's money, Dillon couldn't refuse.

During a fit of jealousy, Georgie locked Sage in the Quartermaine freezer, and when she turned up dead, Georgie was the number one suspect. As luck would have it, there was a resident maniac at the time, Mary Bishop, who actually was the culprit. Everyone felt Sage's loss, but with her out of the picture Georgie and Dillon resumed their relationship.

When Dillon became a suspect in stalking and drugging Brook Lynn, Georgie stood by him. He was exonerated when nude photos of Brook Lynn turned up in Diego's camera case, and he was outed as the campus stalker. His excuse was that he wanted to extract revenge for Sage's untimely death. Instead of turning himself in, he took Georgie captive until she convinced him to do the right thing. Everyone but Georgie saw Diego as a bad person.

Dillon discovered that Lucas wasn't hitting on Georgie at all, and was in fact, gay. Dillon became a sounding board for the troubled young man, encouraging him to report the abuse of gay bashing that he suffered.

Things seemed to be going smoothly until the deadly virus hit Port Charles, and Dillon fell victim. With death lurking, and to their parent's chagrin, Georgie and Dillon decided to marry. Georgie's love was just the medicine he needed, as Dillon survived.

Of course, Tracy cut off all family money, forcing the two to move into Kelly's diner and work there to make a living. It was there that Dillon discovered that Georgie had been corresponding with Diego during his prison stay. Dillon remained steadfast in his quest to keep Diego away from his wife, as Georgie was noticing that Lulu had a keen interest in Dillon.

When Lulu lied and told Dillon that she saw Diego and Georgie having sex, he believed her and turned her away. He had sex with Lulu, she conceived, and ultimately had an abortion when she realized that Dillon would never love her like he loved Georgie.

Dillon changed his major in college and became someone that Georgie doesn't know. He went from a cinema major to business, hoping to climb the corporate ELQ ladder. Georgie and Dillon tried to work out their differences, but he wasn't the same guy she remembered. Besides, Lulu kept interfering.

Dillon soon went back to focusing on film and helped Lulu clear her mother's name regarding Rick Webber's murder. He confessed his true feelings for Lulu, but found competition in Spinelli and Milo for her affections. Lulu eventually started dating Logan Hayes and Dillon left Port Charles to work as a director's assistant.