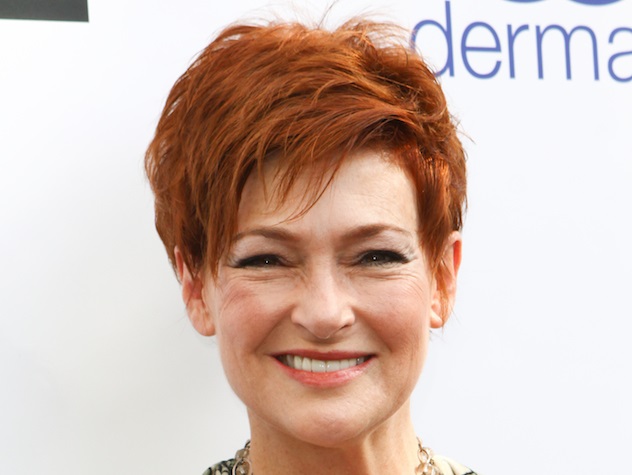 Diane Miller (as played by Carolyn Hennesy on General Hospital)

* Sonny Corinthos brought her on as his attorney after he was charged with shooting Lorenzo Alcazar.
* She is on call 24/7 to defend Sonny and Jason for their various arrests.
* She was uncharacteristcally "gushy" when fashion mogul Kate Howard showed up in Port Charles.
* She likes a good biker bar from time to time.
* She once turned down a proposal from Max Giambetti, but he didn't really mean to propose in the first place.
* She and Alexis Davis were adversaries at first, but have formed a friendship in spite of the fact that they are often on opposing sides of the courtroom.

Who's played Diane Miller over the years?

We don't know anything about her background. She is a legal pit bull who has been able (so far!) to keep Sonny out of prison. After Jason jumped bail to go find Jake Spencer, she wasn't able to keep him from being shipped to Pentonville to await his trial for the murder of Lorenzo Alcazar.

In 2008, Diane and and fellow female lawyer Alexis Davis were both nominated for the pretigious 'Litigator of the Year' award and ended up on the same flight to NYC. Through various foibles, they ended up sharing a rental car to get to the city in time for the ceremony. In the process, they were able to get past their adversarial roles and becomes BFF's after office hours. These days, they often drown their respective sorrows together over martinis.

Diane let her guard down long enough to let her lust for Max Giambetti, Sonny's bodyguard, develop into a romance. Their relationship later cooled along with her exclusive ties to Sonny's organization. Diane took a break from the legal field after co-authoring a book with The Jackal, Damian Spinelli. She served as a gossip columnist before returning to her legal profession where she went after her best friend's daughter, Sam Morgan, in Rafe's custody hearing for Dr. Silas Clay. Diane couldn't help herself and soon after was representing Sonny's enemies, Franco and AJ Quartermaine, against his wishes.

She continues to practice her brand of sassy representation to just about anybody in Port Charles who isn't being represented by her friend, Alexis.