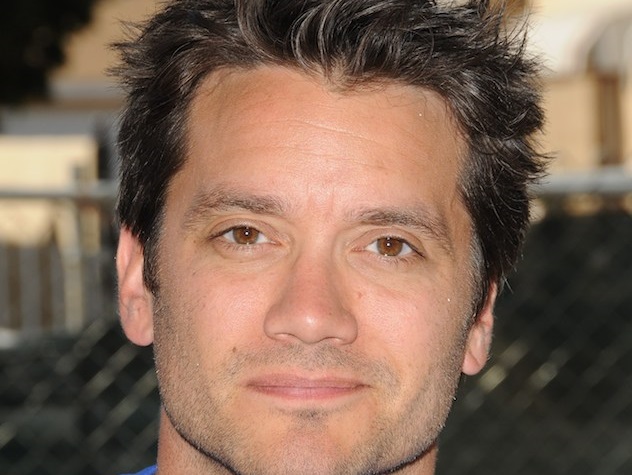 Dante Falconeri (as played by Dominic Zamprogna on General Hospital)

* Infiltrated the Corinthos mob as an undercover detective.
* Learned Sonny was his father after he was outted as a cop and Sonny shot him.
* In love with Lulu Spencer.
* Had a past with Brenda Barrett.
* Shot by Anthony Zacchara
* Married Lulu Spencer

Who's played Dante Falconeri over the years?

Dante grew up in Bensonhurst as Olivia Falconeri’s son, but never knew that Sonny Corinthos was his father. He came to Port Charles using the name Dominic Pirelli and worked for the Zacchara family. He botched a hit ordered by Claudia on Jason and as he tried to escape through the woods, encountered Morgan, Carly and Michael who he held at gunpoint. Dante eventually let Carly and the kids go and took off to recuperate from a gunshot wound in Claudia’s room in Sonny’s house.

After he healed, Dante reconnected with his mother and then went to Sonny for a job. Sonny agreed to give him a chance to prove himself by finding the traitor in his organization.

Dante was revealed to be an undercover cop who infiltrated Sonny's organization in order to take him down. Little did he know, Sonny was his father who Olivia wanted to keep away from him fearing his life in the mob was too dangerous.

As Dante gathered evidence against Sonny, he fell in love with Lulu Spencer and eventually told her he was a cop. As he was about to officially bust Sonny, Sonny shot him in the chest. Olivia burst in and told Sonny he just shot his own son. Dante survived, but wanted nothing to do with his new found father. However he did not implicate Sonny in the shooting.

When Sonny went on trial for Claudia's murder, Dante learned Michael was really the guilty one. Believing he was doing right by his brother and upholding the law, Dante turned Michael into the court, making a permanent enemy of Carly.

Brook Lynn Ashton came to town on Carly's dime to seduce her childhood friend Dante so Lulu would dump him. Much to Carly's ire, the plan didn't work.

Brenda was the next threat to Dante and Lulu's relationship. Dante guarded Brenda years prior in New York City. When The Balkan's son, whom she used to date, attacked Dante, Brenda shot and killed him. Dante got rid of the body and they never spoke of it again. Until she hit Port Charles that is. Brenda's re-entrance into Dante's life brought up old feelings he felt for her that he thought he had buried.

Past feelings never tempted Dante or Brenda, as Dante was in love with Lulu and Brenda only had eyes for Sonny. However, Lulu was none too pleased to find out Dante lied to her about knowing Brenda. She eventually came around and after the Balkan threat passed, Dante helped Lulu try to track down her father at a brothel in Florida. After a dangerous run-in with the brothel's owner Javier, they returned to Port Charles without Luke.

Dante was ready to move forward with their relationship and asked Lulu to move in with him. While she was considering it, she discovered that Dante lied to her once again about Lucky using drugs. She broke up with him, but Dante was undeterred and asked her to marry him. As she pondered that proposal, Dante was shot by Anthony Zacchara in Sonny's warehouse.

As Dante recovered, Lulu accepted his proposal, but was leery of marrying a cop. She started drinking, which didn't get out of hand, but eventually realized she loved Dante enough to accept the risks of his job. They married in an intimate setting in a Bensonhurst church with just Olivia in attendance. Of course, Olivia invited her whole family, who hid during the ceremony, but celebrated with the couple afterwards.