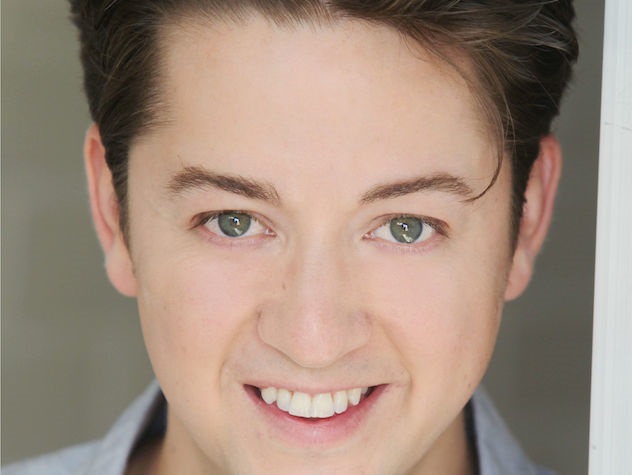 Damian Spinelli (as played by Bradford Anderson on General Hospital)

* Spinelli is unlike anyone else in Port Charles and quite possibly the planet.
* He is a never-ending fountain of bizarre nicknames for people and the language in general.
* He is a loyal friend, albeit a strange one.
* He gushes over pretty women.
* Had a non-wedding to Maxie Jones
* Works as Jason's right hand man.
* Goes by the name The Jackal.

Who's played Damian Spinelli over the years?

Technically, Spinelli is a student at Port Charles University. He was "discovered" by Lorenzo Alcazar as he was interning for Professor Pete. Alcazar hired him to use his computer skills in order for him to gain control over the mob of Port Charles. He ended up in the middle of a mob war under the protection of Jason Morgan. He hid in a safe house with Sam McCall. During an ambush, he disappeared for a while and then ended up taking a college class with Lulu Spencer. Lorenzo kidnapped both of them and they were rescued by Jason. Spinelli was overwhelmed with the danger of his newfound life and ran off to stay with his "Granny" in Tennessee. Jason wanted to find him so he could help clear Sam McCall from murder charges, so Lulu went along to Tennessee to see if she could eyeball the house from a photo that Spinelli showed her once.

After they returned to Port Charles and cleared Sam, Spinelli became involved in helping Lulu to clear her mother from murdering Rick Webber. He also became the source for marijuana for Alexis Davis to help offset the ravages of chemotherapy. Somewhere in the process, Spinelli fell hopelessly in love with Lulu and vied for her affections.

Lulu and Spinelli remained only friends and Spinelli also became close with Georgie, who developed feelings for him. He started working for Jason as his personal hacker and cyber expert. He is indispensable to Jason, but exasperating at the same time.

Spinelli wasn't aware of Lulu's romantic interest in him until it was too late. He was devastated when she was killed by Diego Alcazar, a.k.a. The Text Message Killer. Afterwards, he and Georgie's sister, Maxie, bonded, which led to a rocky road to romance.

Spinelli and Maxie eventually decided to marry, but at the ceremony, he realized she was only doing it for him and he called it off. They remained together as non-husband and non-wife, but she couldn't resist the allure of the bad boy and slept with the artist Franco.

He was of course crushed, but they tried to stay together. However, Maxie's impetuous ways got her in trouble again in the form of Dr. Matt Hunter. Spinelli realized he would never be enough for Maxie and broke things off.

Spinelli mourned the relationship for some time, but he was renewed when Brenda Barrett came back to town. In between bouts of fawning over Brenda, Spinelli continued to toil away for Jason. He also enlisted Diane Miller to help him write "The Secret Life of Damian Spinelli," based on his past cases and secret fantasy gumshoe persona.

When Lisa reached her breaking point and took hostages at the hospital, Spinelli jumped in to try and save Maxie. He was shot in the process and underwent surgery. When he woke up, he took on his fantasy persona of Jackal P.I.