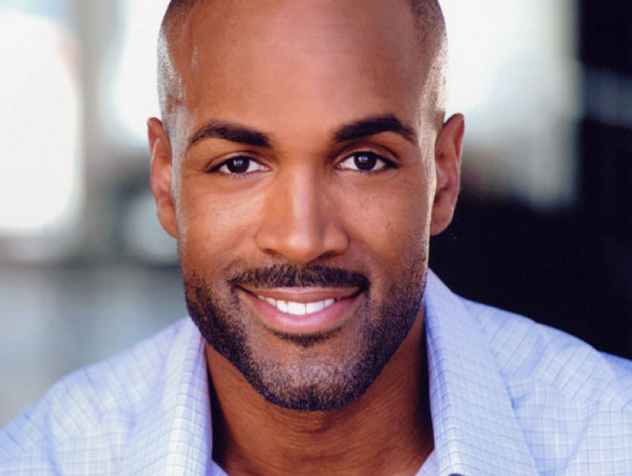 Curtis Ashford (as played by Donnell Turner on General Hospital)

* Originally introduced as Curtis Gooden.
* Friends with Shawn Butler.
* Was hired by Hayden Barnes to find evidence of who had her shot.
* Had a cocaine problem in the past.
* Lost his job as a Baltimore Police Detective and DEA agent due to his drug habit and corruption charges.

Who's played Curtis Ashford over the years?

Curtis Ashford arrived in Port Charles on November 30, 2015, hired by Hayden Barnes to find evidence that someone other than Shawn Butler was the person who had her shot and landed her in a coma. It soon became clear that Curtis had a personal history with Jordan Ashford as well as Shawn.

Curtis found the truth behind Hayden's shooting, that Nikolas Cassadine arranged it, and she paid him for the information. Later, he ran into Jordan and it became clear that he was TJ's uncle, and that his brother Thomas was Jordan's ex and the legal father of TJ. He would not leave Port Charles like Jordan insisted, and even tried applying for a job with the PCPD. Jordan refused to hire him knowing his history in Baltimore, that he ruined his career due to drug addiction.

Curtis asked Valerie Spencer out on a date after she beat him playing a round of pool at The Floating Rib. The two entered a relationship, but it fell apart after Valerie learned Curtis used her new job as a rookie officer at the PCPD to acquire evidence for once of his investigations. They attempted to repair the broken trust, but Valerie realized Curtis and Jordan had developed feelings for one another and the couple broke up for good.

Curtis and Jordan's relationship grew, and he supported her when the news that TJ was actually Shawn Butler’s child from their affair years ago came out. Curtis even acted as a middleman between TJ and his mother and helped repair their relationship.

Curtis' Aunt Stella came to town for a visit and had a stroke due to the stress of him dating Jordan, who she hated. Jordan attempted to break things off with Curtis for Stella's health. However, Curtis refused to stay apart from Jordan and they worked things out, with Stella tolerating their relationship, but not approving of it. Jordan eventually offered Curtis a job with the PCPD realizing how much he changed. He declined because he had come to the realization that he could get more done as a PI with the ability to maneuver around the laws and certain rules.

Curtis proposed to Jordan at the 2018 Nurses’ Ball, and she accepted. He and Sam later formed a PI business together called Ashford and McCall.