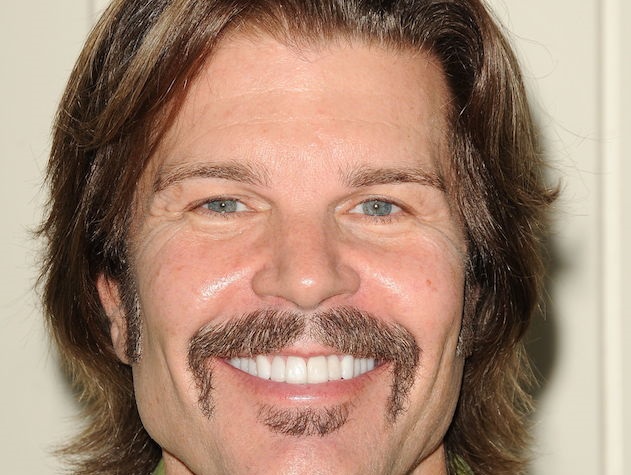 Coleman (as played by Blake Gibbons on General Hospital)

*He's a roughneck, but with a heart.
*He's the kind of bartender who just keeps pouring the drinks no matter how drunk the patron is.
*He's seedy, but most people like him.
*He's the guy to hire if you want something slightly illegal done.
*Had a fling with Skye.

Who's played Coleman over the years?

Coleman used to own a strip joint. One night in 2002, AJ Quartermaine got behind the wheel, drunk as usual, and his wife Courtney hopped in the car to see if she could convince him not to drive. He drove anyway - right into the wall of the Oasis (Coleman's club). Coleman used the fact that AJ was a spoiled little rich drunk to his advantage. Rather than call the cops, he offer to let the lovey Courntey Quartermaine strip to pay the damanges. Courntey agreed, unknown to her drunken husband. She danced under the stage name of "Daisy" and quickly became a hit. When AJ learned what was going on, he burned the place down. Then, he paid Coleman off so that he wouldn't face arson charges. The bribe was Coleman's seed money for a new business - Jake's Bar.

Thus a "I wash your hand, you wash mine" relationship was born between AJ and Coleman. One time, AJ felt as if he was losing his wife, so he hired Coleman to pose as her stalker. That way, she would turn to her husband for protection. It didn't turn out that way, Courtney turned to her body guard - Jason Morgan.

Coleman did have a crush on Courtney, however. So, he found a new way to get her attention. He was the witness to AJ's drunk sister's hit and run episode involving Nikolas Cassidine. To protect Courtney's sister-in-law, he took responsiblity for the crime. Skye was so grateful that she was the one to fall into bed with Coleman, and he wasn't complaining. In another drunken episode, Skye ended up in bed with mobster Luiz Alcazar, but he was pushed from the hotel window that same night! She didn't think that she did it, and she accused her enemy Brenda Barret instead.

Coleman followed the case and saw yet another way to get close to Courtney. Even though she was involved with Jason, he was married to Brenda Barrett at the time and ended up facing murder charges as well. Coleman really wanted Brenda and Jason in prison, so he created a fake eyewitness named Ida to say that she saw the whole thing.
As it turned out, Jason and Brenda were acquitted.

BY 2004 he was working with Tracy Quartermaine in an art theft scheme. He was to steal the Blackthorn treasure from a black-tie auction at the Port Charles Hotel, but the place burnt down in the middle of the event. Coleman found the artifact in the dumpster after the fire and sold it to the evil Helena Cassadine.

Next it was Carly who needed Coleman's special talents. She was looking for her biological father
and he hit the jackpot for her. It turned out that her father was the New York Federal Prosecutor, John Durant. Years later, he and Johnny helped get Carly to the hospital after finding her outside of Jake's going into labor with Josslyn.

He was Patrick's best man at his first wedding to Robin and he also started a relationship with Kate Howard. He and Kate eventually cooled things off, which meant Coleman was on the prowl when Alexis and Diane got stranded at Jake's during a storm.