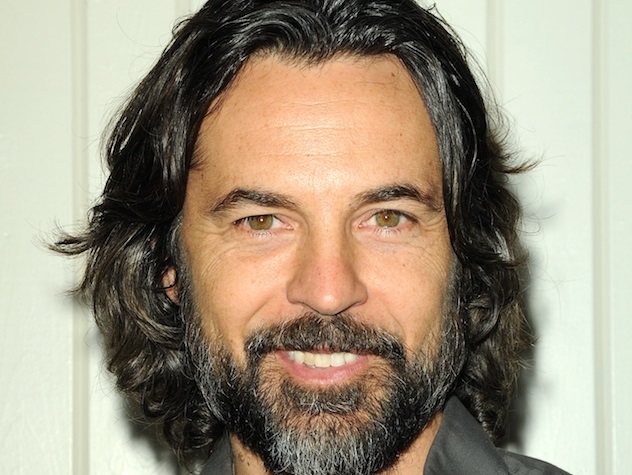 * Was involved with Sabrina Santiago in Puerto Rico before they came to Port Charles.
* Works for the Jerome mob family.
* Was held hostage by Sonny Corinthos and Shawn Butler to draw out Julian Jerome.
* Claimed to be the half-brother of Sonny's dead ex-wife Lily Rivera.
* Let Sabrina spend the night at his place after her wedding to Patrick Drake was crashed by his thought-dead first wife, Robin Scorpio Drake.
* Told Patrick he was the father of Sabrina's baby when Patrick was the real dad.
* Confessed to murdering AJ Quartermaine when he thought his boss Ava Jerome had done it.
* Was ordered to kill Ric Lansing by Johnny Zacchara. He was stopped by Jordan Ashford and Shawn Butler.
* Shot Ava after a prison break and she was thought dead for months.
* Killed Duke Lavery under the orders of Julian Jerome.
* Was thought dead for months, shot by Anna Devane after he killed Duke.
* Returned from hiding to convince Sabrina to leave town with him when he learned she was pregnant with his son.
* Delivered his baby by himself in a cabin while on the run.
* Stabbed Dante Falconeri with a pen during a prison transport, allowing his escape.
* Called Julian to help him leave town, but Julian killed him instead.
* Was murdered with the same dagger Helena Cassadine used to slit the throat of Alexis Davis' mother.

Who's played Carlos Rivera over the years?

Carlos Rivera was spoken of before arriving in Port Charles when Sabrina Santiago told Patrick about her life in Puerto Rico before moving to town, and her ex-boyfriend Carlos. When the Jerome family came back to Port Charles to take over Sonny Corinthos’ mob territory, Carlos came with them as one of their associates. He had been with the family for years and was deeply entrenched in the operation.

Carlos looked at this as an opportunity to start things back up with Sabrina, but she was seriously involved with Dr. Patrick Drake. She put off Carlos and reminded him how unsupportive he had been of her nursing career, but he insisted he was a changed man and would do anything to win her back. He was insistent that Patrick wasn’t over his dead wife Robin Scorpio Drake, and planted a seed of doubt in Sabrina’s mind about the strength of their relationship. But Carlos’ plan seemed to backfire when Patrick was spurred to remove his wedding ring and fully commit to Sabrina.

Patrick proposed and he and Sabrina planned their wedding. When Carlos saw Robin in the lab of General Hospital, he told Sabrina that Patrick’s wife was still alive, but she assumed it was another ploy to ruin her relationship. But Carlos was proved right when Robin showed up at Sabrina’s wedding to Patrick before they said "I do." Sabrina got drunk and turned to Carlos for comfort. She woke up in his bed with no memory of what had happened, but he insisted they did not have sex.

Carlos was taken hostage by Sonny and his associate Shawn Butler. They had plans to kill him to send a message to Julian, but Carlos told Sonny he was the half-brother of Sonny’s ex-wife Lily Rivera and he was spared. When TJ Ashford came to the warehouse he released Carlos and a gunfight broke out. Carlos was shot but escaped and went to Sabrina to help him heal.

While Carlos was recuperating he overheard Sabrina tell her best friend Felix DuBois that she was pregnant with Patrick’s baby. Carlos offered to claim the baby as his. She initially resisted, but then told Patrick the baby belonged to Carlos.

While Carlos was recuperating he overheard Sabrina tell her best friend Felix DuBois that she was pregnant with Patrick’s baby. Carlos offered to claim the baby as his. She initially resisted, but then told Patrick the baby belonged to Carlos. Eventually Sabrina told Patrick the truth and told Carlos he could not be in the baby’s life.

Carlos confessed to murdering A.J. Quartermaine and left Port Charles to avoid the heat. He returned after Sabrina lost the baby in a car accident deliberately caused by Rafe Kovich Jr., thinking his boss Ava Jerome had orchestrated it to keep his mouth since he thought she killed AJ.

After Carlos was released he did some work for Johnny Zacchara. Johnny ordered Carlos to kill Ric Lansing but he was stopped just in time by Shawn Butler and Jordan Ashford. Carlos told “Fluke” Spencer what transpired and he ordered Carlos to kill Jordan. Carlos doesn’t succeed. Later, “Fluke” demands Carlos kill Julian Jerome, so he held Julian at gunpoint and forced him to falsely confess to killing Anthony Zacchara. “Fluke” then orders him to take out Sonny, Julian, Franco and Ava after they escape Pentonville Prison. Carlos shoots Ava as she hung onto a bridge and she was presumed dead. Carlos and Johnny then go to Sabrina’s apartment and get patched up. Carlos was captured and arrested while Johnny escaped.

Carlos was ordered to kill Duke Lavery and after a struggle over the gun, he did. Carlos turned to Sabrina and lied about what he had done so she agreed to hide him. Later, Carlos went to the pier to escape town but was shot by an enraged Anna Devane. Carlos was thought dead but continued to haunt Anna.

A body was pulled from the water thought to be Carlos but months later he showed up alive at Sabrina’s apartment. It seemed they had sex when he was hiding with her and she was pregnant with his baby. She confirmed to him the baby was his but she wanted nothing to do with Carlos. She even tried to turn Carlos in to the cops but after the baby kicked she changed her mind. Carlos convinced Sabrina to leave Port Charles with him and they took a boat out of town.

Sabrina had the baby in a cabin while the two were on the run, delivered by Carlos. Month later Carlos was seen conspiring on the phone with Paul Hornsby before Sonny tracked him down at a convent and was brought back to Port Charles to face charges for Duke’s death. Alexis Davis begrudgingly agreed to represent Carlos in order to save her husband Julian from blame.

Paul gave Carlos a pen in order to help him escape during a prison transport, and he used it to stab the Dante Falconeri in the shoulder, causing the van to crash. One cope died, Dante and Nathan West were injured, and Carlos escaped. Carlos went to the pier where he fought with Anna. He locked her up and called Julian for help. Julian arrived a short time later with an envelope of money – and the dagger Helena Cassadine used to slit the throat of Alexis’ mother. Julian stabbed Carlos and pushed him in the water. Carlos was later found by Michael Quartermaine and taken to the hospital. Griffin Munro, the son of Duke, performed last rites on Carlos, and he died on May 13, 2016.