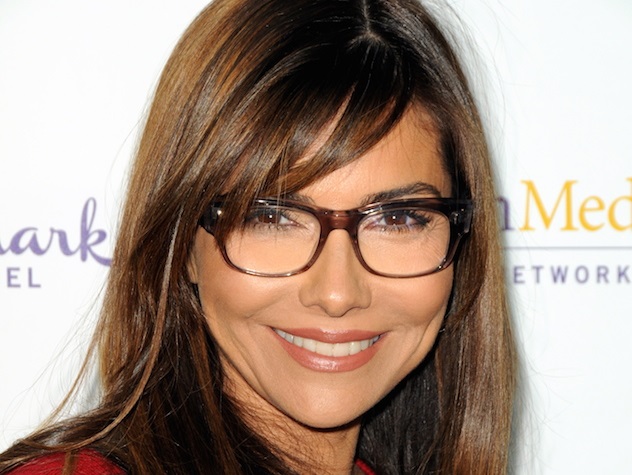 * Founded a record company with Lois Cerullo.
* Had a steamy relationship with Sonny Corinthos.
* Good friends with Robin Scorpio.
* Has a long and storied history with Jax.
* Was presumed dead, but Luis Alcazar saved her.
* Had marriage to Jason Morgan annulled.
* Married Sonny Corinthos
* Has a son she didn't know about until he was 4 years old.

Who's played Brenda Barrett Corinthos over the years?

Brenda came to Port Charles as a teenager to live with her older sister Julia, who had control of her trust fund. As she entered high school, she befriended Robin Scorpio and set her sights on Jagger Cates, who was in love with Karen Wexler.

Despite warnings from just about everyone that Sonny was bad for her, she agreed to wear a wire in order to prove her friends and family wrong, but it backfired on her when a furious Sonny found out. Sonny moved on to Lily and married her when she became pregnant, just as he and Brenda were about to reconcile.

Brenda then met, fell in love with and married Jax. However, his former wife came back from the dead, via Sonny, nullifying their marriage.

Brenda and Jax remained together, but she was soon drawn back into Sonny's orbit when she was kidnapped by one of his enemies. When Sonny (whose wife Lily died in a car bomb meant for him) tried to rescue her, they became trapped together and had sex. Brenda confessed to Jax once she was freed, ending their relationship.

Sonny and Brenda eventually reunited and were set to wed, but Sonny stood her up and left town, fearing she would never be safe with him. Brenda had a breakdown afterwards and became institutionalized. Upon her recovery, Brenda decided she wanted to be with Jax. As they prepared to marry again, Sonny returned, but understood that she had moved on. Brenda's mother also came to town revealing she had a mental illness that was hereditary. Brenda was tested, but her mother drove them off a cliff before she learned the results, or married Jax. Brenda was presumed dead.

Years later, Brenda returned with arms dealer Luis Alcazar, who saved her after her accident. He told her she inherited her mother's illness, but she really didn’t. He did his best to control her and planned to kill both Sonny and Jax out of jealousy. Brenda fled back to Port Charles just in time to witness Sonny getting shot (which he survived) and learned Jax had married Skye. Brenda and Jax became close again, after he was also shot, but Brenda blackmailed Jason into marrying her so she wouldn't ruin either of her ex's lives. She also felt Jason could make the decisions regarding her health in an unemotional manner, should she become incapacitated.

Jax learned Brenda wasn’t dying and that Skye had known and kept it a secret. He left Skye, told Brenda the good news and professed his love. In an attempt to kidnap Brenda, Alcazar was killed.

Brenda and Jason annulled their marriage and she planned to marry Jax. The night before their nuptials, she and Sonny kissed, which Carly witnessed, When Jax found out, he decided he couldn't marry Brenda because he didn't trust her. Brenda left Port Charles shortly after.

She became the face of the Alliance to Save Exploited Children and was targeted by the Balkan. In order to protect Brenda, her friend and mentor Suzanne called Jason when Brenda's life was threatened.

Jason brought Brenda back to Port Charles for her safety. She reunited with Sonny and finally married him. On their wedding day, Carly forced her to admit to Sonny and all her wedding guests that she had a child (which she miscarried) with the Balkan's son and that Dante helped her hide it from Aleksander and his family. Dante also helped her cover up the fact that she killed Aleksander in self defense. Sonny overlooked her omissions, but their happiness was short lived, as Theo Hoffman, a.k.a. the Balkan kidnapped Brenda so he could find his grandson. She insisted she miscarried the child, but he didn't believe her. Theo's secret wife Suzanne helped Dante, Jason and Sonny rescue Brenda.

The Corinthos' went on their honeymoon. Upon returning from their trip, Suzanne brought a little boy named Lucian to Brenda, claiming he was her son. She told a stunned Brenda that she made her think she miscarried and kept him hidden in order to keep him safe from Theo. Brenda immediately took to the boy, but Sonny remained suspicious of Suzanne. When Brenda eventually agreed to get a DNA test on Lucian, Suzanne whisked the child away. Sonny and Jason tracked her down and discovered Lucian was a decoy. Suzanne had secretly been raising Brenda's real son Alec for the past few years.

Once Brenda had her son back, she had a hard time accepting Sonny's dangerous lifestyle. The last straw for her was when Sonny set Jax up by having him arrested for drugs and for attacking a woman. Brenda could no longer reconcile who Sonny really was and left with Alec for Rome on a plane with Jax.